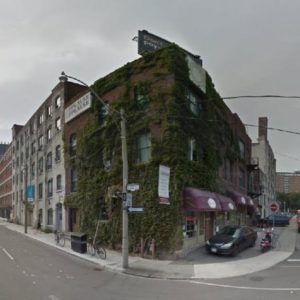 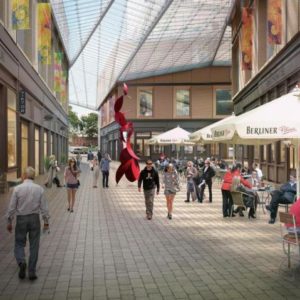 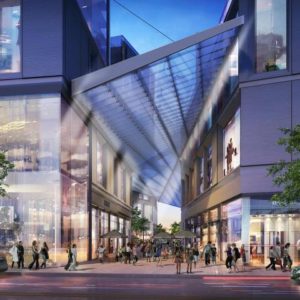 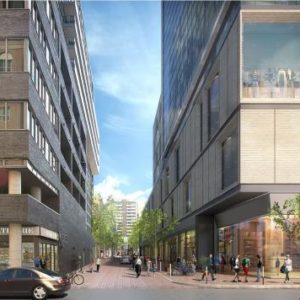 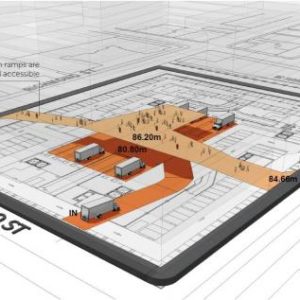 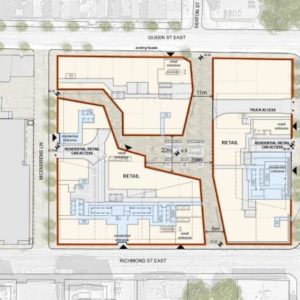 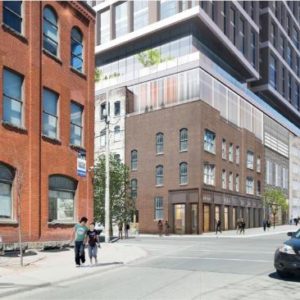 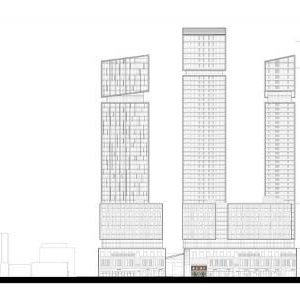 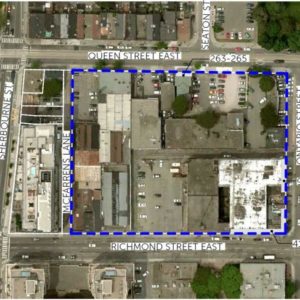 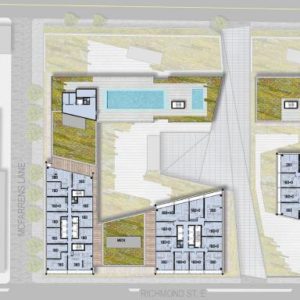 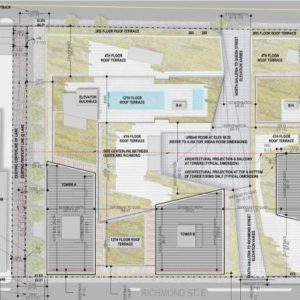 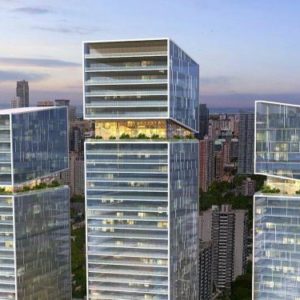 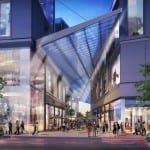 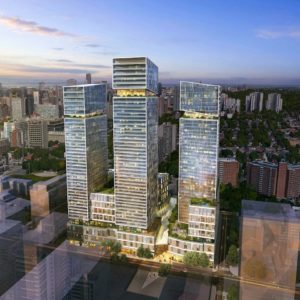 245 Queen East Condos is a new per-construction Condo project located at 245 Queen Street East In Toronto.The Major Intersection are Queen Street East and Ontario Street. The Project Developed By WAM Development Group.245 Queen East Condos features three towers of 39, 45 and 39 storeys, with a base ranging from 3 to 12 storeys. 1,645 residential units.broken down into 340 1-bedroom, 832 1-bedroom+den, 235 2-bedroom, 69 2-bedroom+den, and 169 3-bedroom units.

245 Queen East Condos is designed by a team including New York-based Arquitectonica, with New York-based S9 Architecture on the podium, and Toronto-based Sweeny &Co Architects. To be comprised of three interconnected towers sitting astride a variety of mid-rise podium structures—composed of new construction with some saved heritage brick warehouse facades—and joined at street level by a series of retail-and-dining-lined pedestrian alleys, this massive redevelopment will completely change the height, density, and urban character of Queen and Sherbourne.

To reach heights of 142.0, 160.3, and 142.0 metres, towers A (39 storeys), B 45 storeys), and C (39 storeys), will each feature a striking 6-storey cap, seen in the image above, which will include outdoor amenity space and a living garden patio. Altogether, the three towers will enjoy a great deal of balance owing to the height and arrangement of the towers. With a maximum floor plate size of 850 sq metres, the towers would accommodate a combined total of 1,645 residences, broken down into 340 1-bedroom, 832 1-bedroom+den, 235 2-bedroom, 69 2-bedroom+den, and 169 3-bedroom units. The entirety of the towers and much of the 12-storey podium(s) will be completely glazed with high-efficiency glass panels.

245 Queen East Condos features over 30,000 square metres of retail on the first three levels of the building.

The current site is occupied by a handful of heritage structures, and some low-rise industrial and commercial buildings with parking lots, mainly used car dealerships and body shops,

The shortest tower is nearly double the average height of residential towers in the area, with the existing heritage fabric nearby rising only 3-6 storeys.

The designers explained that they envisioned this project as the ‘city centre’ of the immediate neighbourhood, and that a critical mass is necessary for retail establishments to succeed, which includes a sufficient local population to sustain them. However, the Panel was not entirely satisfied with the presenters’ inability to justify why a city centre was even necessary in this particular area in the first place, and questioned the appropriateness of the project, stating that it is a “self-centred” building and does not properly integrate with or respond to the local context.

Much attention was given to the design of the public realm, with a covered retail-lined pedestrian walkway bisecting the site and acting as a north-south connection between Queen and Richmond. At the centre of the property, connected to the pedestrian walkway, is an ‘urban room’, a multi-functional courtyard that can play host to public art exhibitions, sidewalk patios, and retail.

The urban room is raised above existing grade level, with the walkway sloping down to both Queen and Richmond, to accommodate the loading docks and site services which have been pushed below grade to free up valuable street frontage.

Diagram illustrating the location of the loading docks beneath the urban room, image courtesy of WAM Development Group.

Finally, McFarrens Lane will be widened and redesigned, with retail lining the sidewalks, providing another north-south connection through the site.

While Panel members applauded certain ideas and the overall level of detail put into the design of the public realm, some concerns were raised about the pedestrian walkway and urban room. Panelists pointed out that the public space incorporated in the project is “essentially a shopping mall”, and in fact isn’t very public at all. While the skylight over the pedestrian area brings the space down to a more human scale, it is still in a “canyon” bordered by 11-storey walls that will receive minimal sunlight. As well, the slope of the walkway was of concern, as it may prohibit certain functions, such as setting up tables and chairs, and would also block sightlines between Queen and Richmond (the proposed change in grade level is as much as 3 metres from the centre of the site down to Richmond Street).

As seen in the above two images above and below, much effort will be made to create pedestrian-friendly space; the inclusion of brick-paved retail/dining alleys to add a much warmer than usual, human-scale space at the base of the three towers. An overhead glass canopy will serve the dual purposes of providing shelter from the elements, while simultaneously acting as a buffer from the towers soaring overhead. This will likely ground the entire pedestrian experience nicely, adding more atmosphere than has been experienced at typical multi-tower sites, and similar to plans for The Well.

Adding to this ambiance, and despite the 2013 demolition of the aforementioned heritage structure at 267 Queen St East, a small handful of the site’s former warehouse buildings (seen in the Google Street View image below), including a collection of turn-of-the-century red-brick structures, will set the tone of the pedestrian laneways, adding to the public realm portion of the development.

The opportunities for a site of this size and urban industrial character are huge, and thus it will be with much interest that Mycondopro will keep up with this file as the story continues to play out. As more details emerge and as the project evolves through the planning process, we will keep you informed of the latest news.

245 Queen East Condos has a Walk Score of 98 out of 100. Transit Score if 100 out of 100. This location is in the Moss Park neighborhood in Toronto. Nearby parks include Moss Park, St. James Park and Sculpture Gardens. 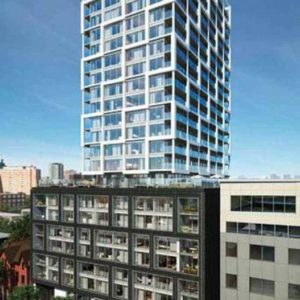 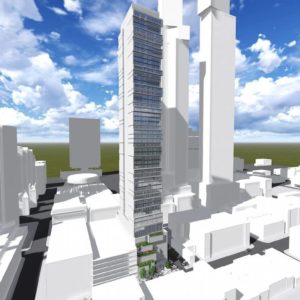 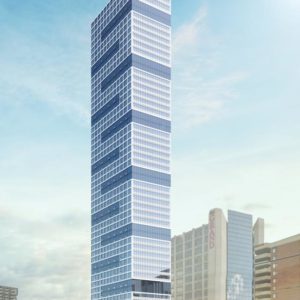 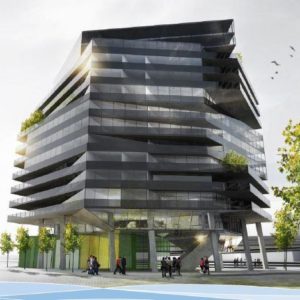 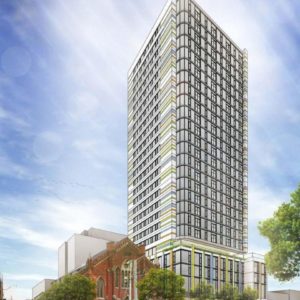 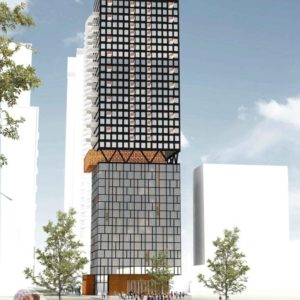 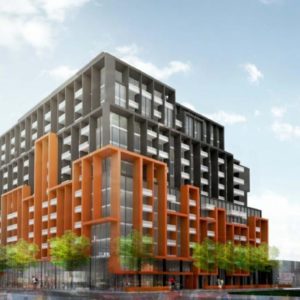 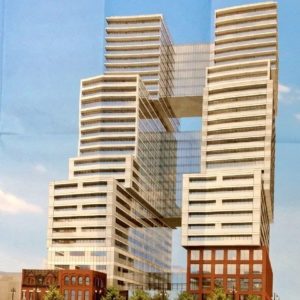