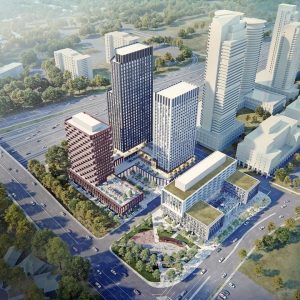 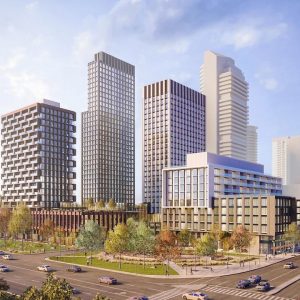 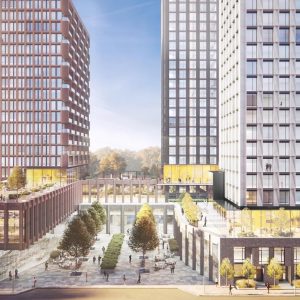 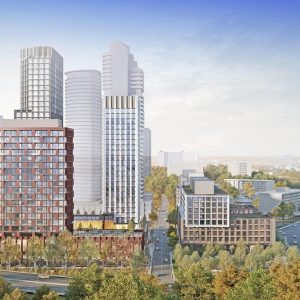 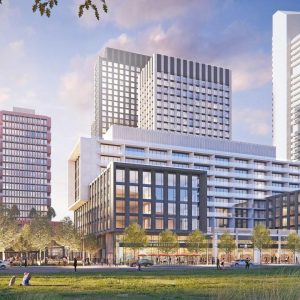 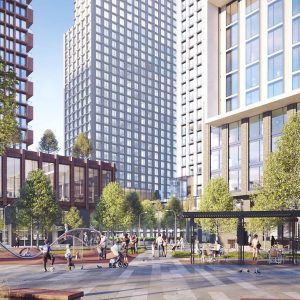 300 The East Mall Condos is a new master planned Community development By KingSett Capital, It currently in preconstruction at 300 The East Mall in Toronto with a new residential and retail complex with buildings of 12, 25, 33, and 40 storeys in height. Designed by Quadrangle for KingSett Capital, the site would be bisected by a new north-south road joining Bloor Street to Gibbs Road. A new park is proposed for the southeast corner of the site. 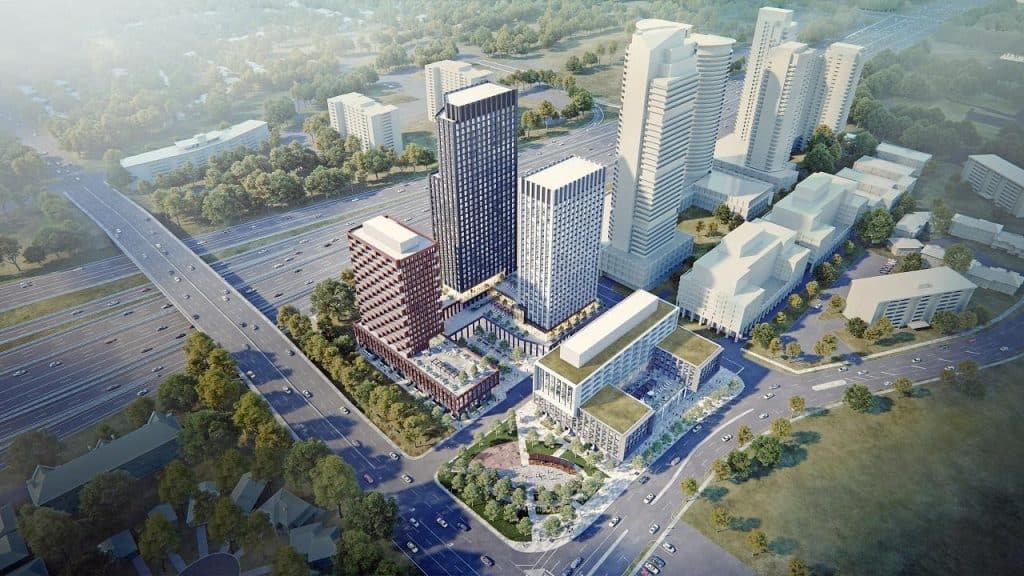 300 East Mall Condos proposed as four residential towers with 1,100 suites and a 9,000 square for the retail component in the base of the most easterly one. Towers are proposed at 12, 25, 33, and 40 storeys, with the tallest reaching 130 metres into the air. Suites are proposed in a mix of 666 one bedroom units, 325 two bedroom units, and 109 three bedroom units. 827 parking space is proposed, some on underground levels, some of it in a disguised above ground garage hidden in the shared podium of the three towers which face Highway 427. Besides a number of two-storey townhome units at ground level which faces landscaped areas, residential suites would start at the sixth level on the west half of the site, lifting those that face the 427 several storeys above the traffic.

300 the east mall condos has a Walk Score of 76 out of 100. Transit Score if 75 out of 100. This location is in the Islington-City Centre West neighbourhood in Toronto. Nearby parks include East Mall Park, Silver Hill Park and West Mall Park. 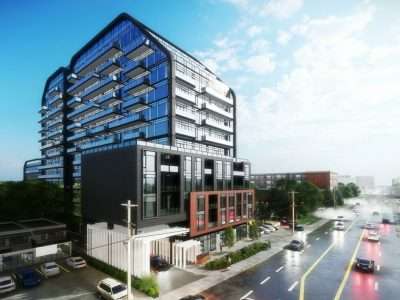 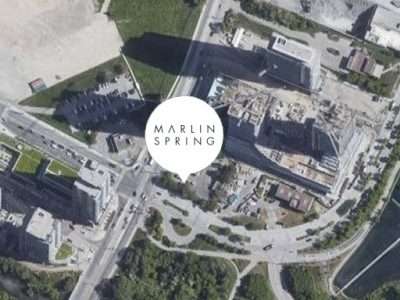 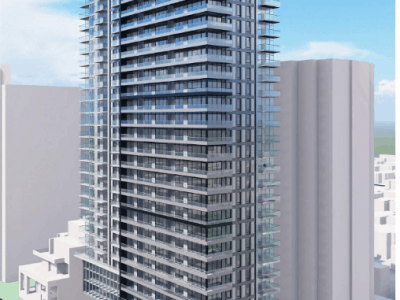 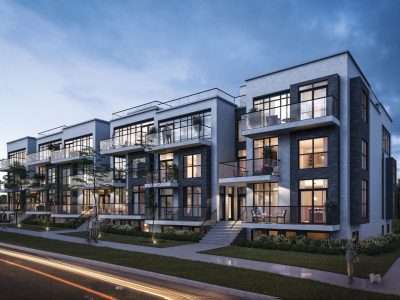 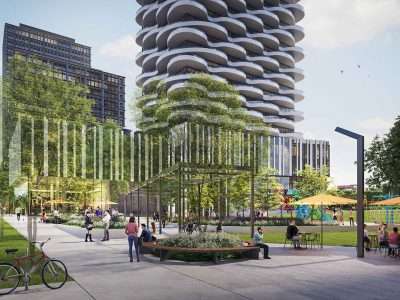 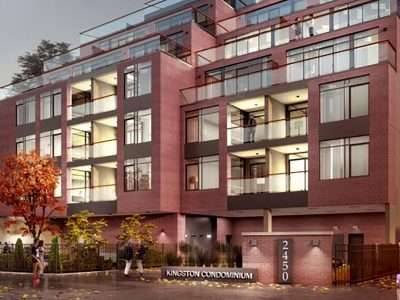 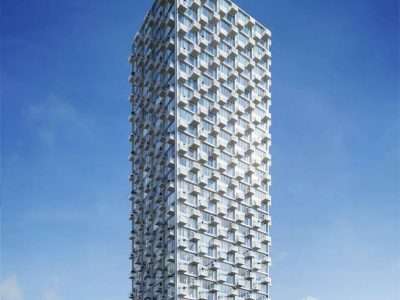 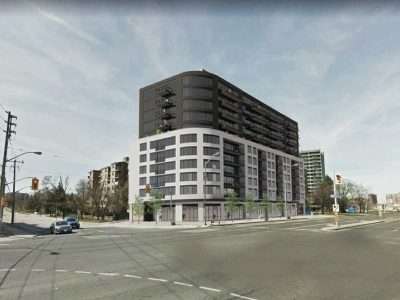 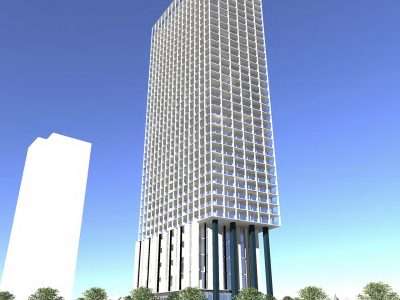