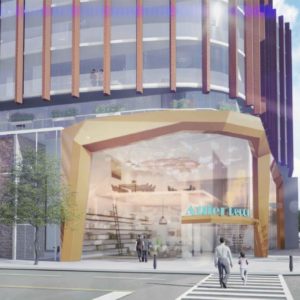 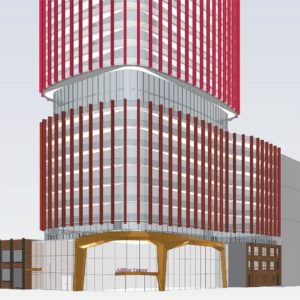 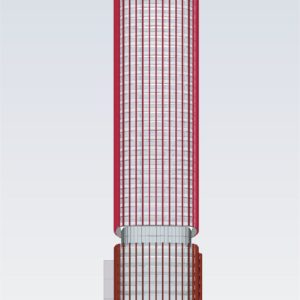 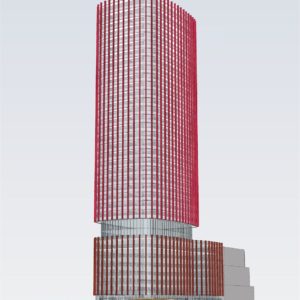 33 Sherbourne Condos is a new pre-construction project located at 176-178 Front Street East in Toronto. Developed by Menkes. The Project Will included condos units and Retail. It features 37-storey and a total of 439 units.

Designed by Giannone Petricone Associates, the tower’s unique design employs a constantly curving shape formed by rows of wraparound balconies. Vertical lines of red brick traverse the height of the building on both the tower and upper podium components.

At ground level, a golden-hued geomorphic metal structure frames the new commercial space at the south-west corner. In the renderings included in the zoning amendment application, the two existing buildings on site have been partially retained, however, the heritage impact statement prepared by GBCA Architects comments that in particular, the building at 178 Front Street is of low heritage value and therefore may be removed from the development as it progresses through the planning process. As the proposal is in its earliest stages, these renderings represent conceptual ideation, rather than a finalized design.

33 Sherbourne Condos has a Walk Score of 97 out of 100. the perfect Transit Score of 100 out of 100. This location is in the Waterfront Communities-The Island neighborhood in Toronto. Nearby parks include St. James Park, Sculpture Gardens and Moss Park.