First founded in 1925 by Edward Rogers Sr. and then led for decades by Ted Rogers, Rogers Communications has been involved in FM Radio, Broadcasting, Cable, and telecommunications and infrastructure. A passionately Canadian company, Rogers proudly celebrates Canada’s multiculturalism and unique identity.

Seeing the growth in Mississauga, Rogers recognized that the time was right to redevelop their land near Square One into a modern condominium community. And with their Rogers Smart Home technology available in every suite, this represents another step in the company’s savvy brand synergy. From here, Rogers Real Estate Development Limited is looking to make another strong step forward in their efforts to improve the lives of families all across Canada.

Urban Capital meanwhile, is a major developer in the GTA. Established in 1996, this developer has been working tirelessly to bring new communities and new homes to the area. Famous for their work on River City, and River City 2, Urban Capital’s motto is “Blazing a trail. Pushing the envelope. Changing our mindset.” This shows the company’s ability to adapt to market trends, and plan for the future.

Perhaps there is no better example of preparing for the future than Urban Capital’s new partnership with Rogers Real Estate Development to build M City, an exciting, multi-phase master-planned condominium development in the heart of Mississauga’s “New Downtown”, near Square One.

Constantly pushing the envelope and expanding their portfolio, Urban Development has already built over 3,500 condominium units with more on the way all the time. 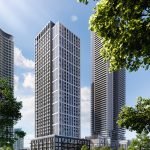 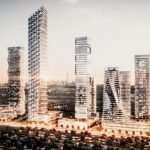 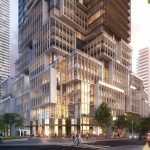 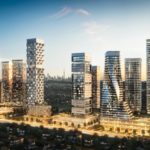 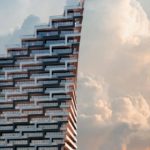