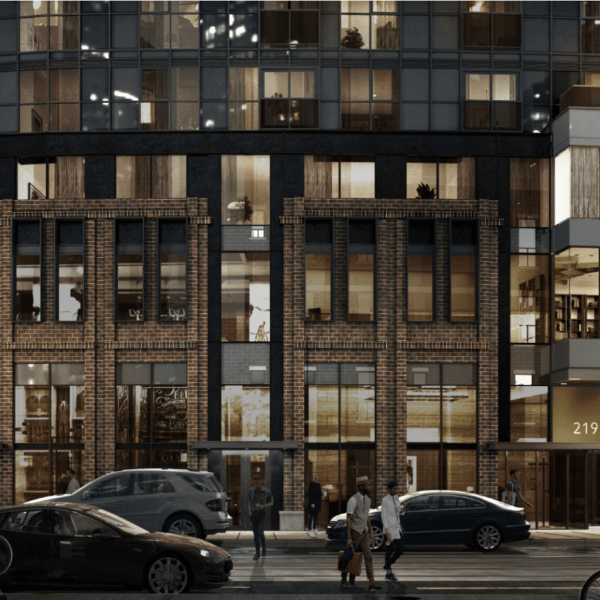 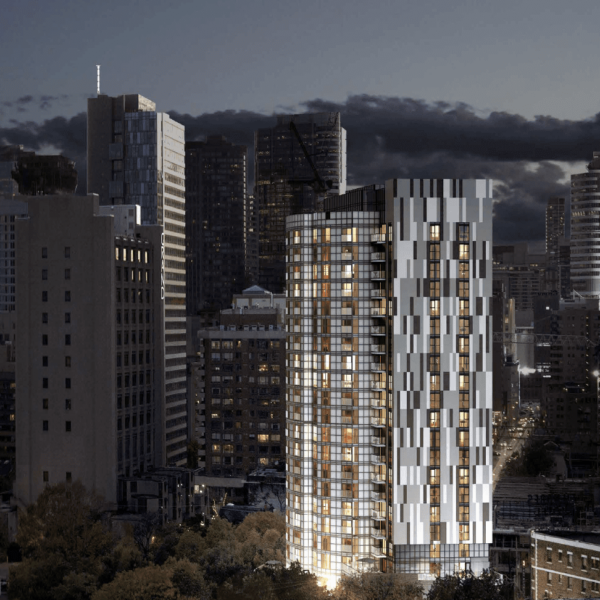 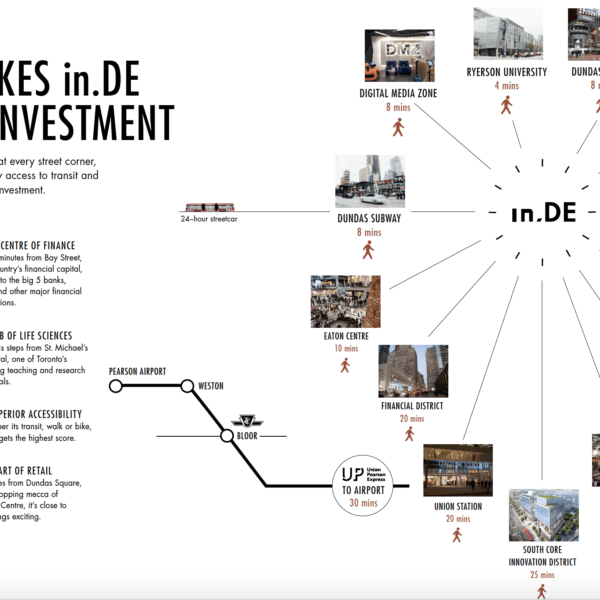 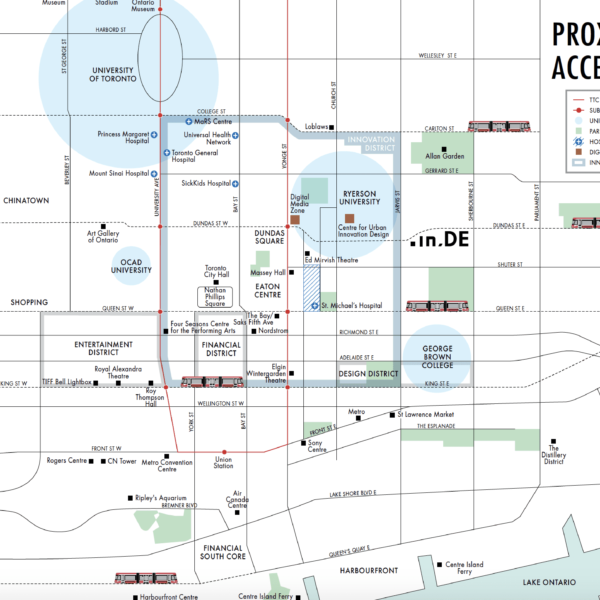 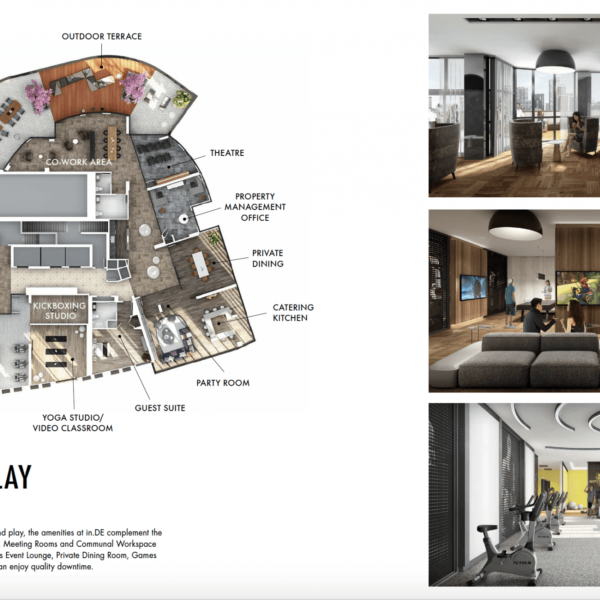 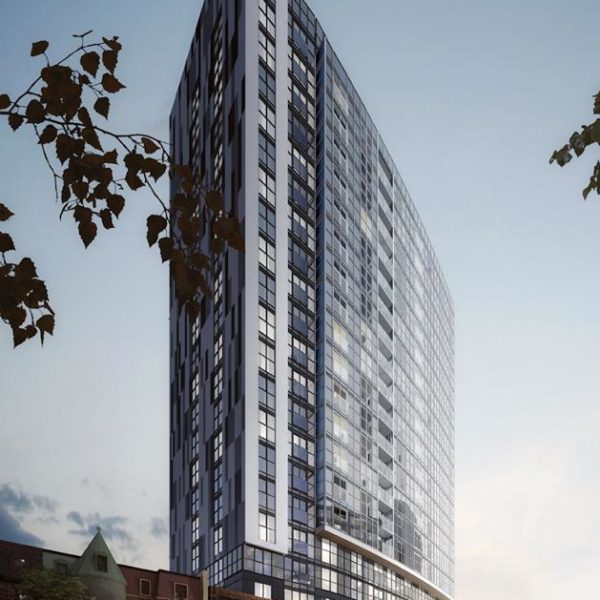 In.De Condos is a new per-construction Condo project located at 219 Dundas East In Toronto.The Major Intersection are Dundas East Street and George Street. Devloped by Menkes Developments.In.DE Condos is a mixed-use building, with a tower height of 29 storeys and a 5 storey podium. Retail uses at grade, amenity space on the 2nd floor, residential units located on floors 3 to 29 of the tower. The proposed development includes 19,801 m2 of residential Gross Floor Area (GFA) and 211 m2 of non-residential GFA (20,012 m2 in total) 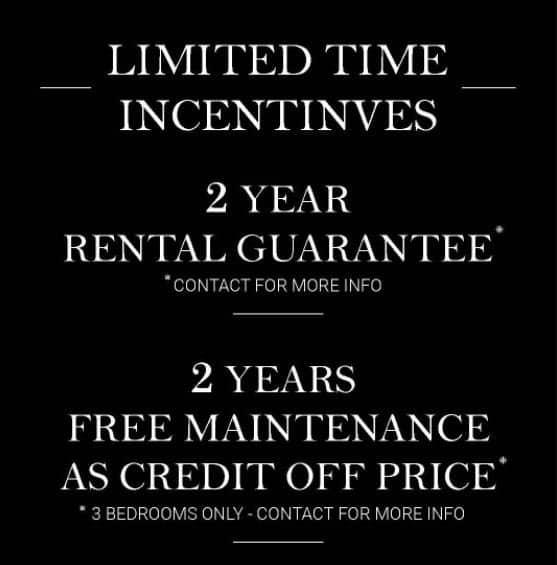 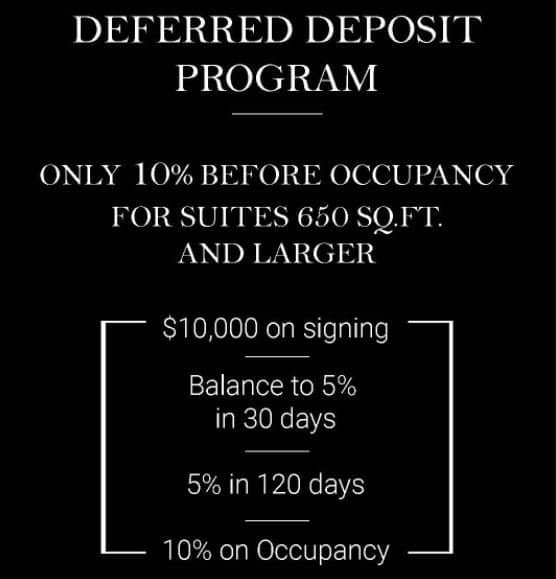 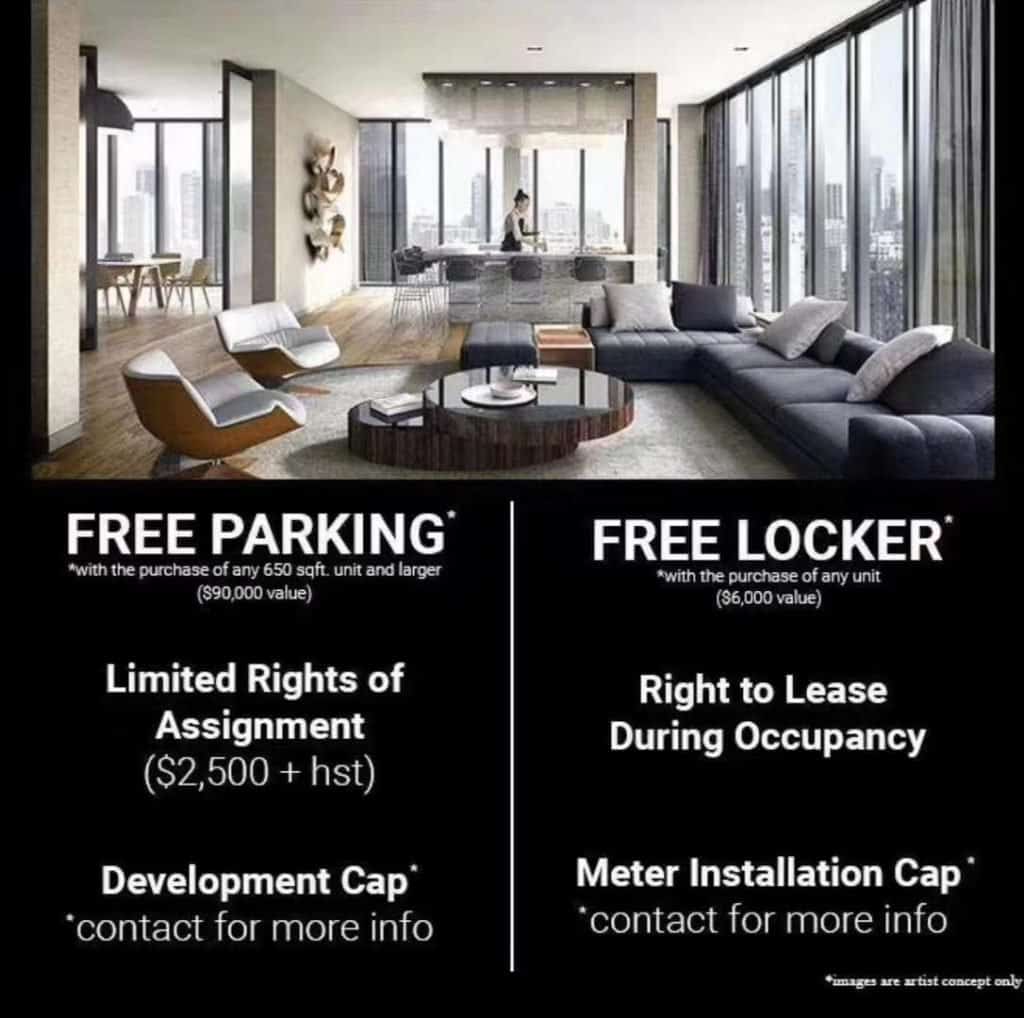 In.De Condos located at just south of Filmore’s Hotel and Gentlemen’s Club, and just north of the l’École Gabrielle Roy French-Language elementary school, a 29-storey condo has been proposed at 219-231 Dundas Street East. Designed by Turner Fleischer Architects, the proposed tower would stand on a site currently occupied by a parking lot and a vacant 3-storey building, changing the face of the neighbourhood with 295 condominium units.

In.De Condos Responding to the irregular shape of the site, the body of the tower is rounded to meet the curving street. The 1,499 m² (0.37 acre) site is surrounded by very different urban contexts. To the west, the Jarvis corridor is in the midst of a high-rise boom, with both the 45-storey Dundas Square Gardens and the 50-storey Grid Condos now approved for the intersection of Jarvis and Dundas, where the 42-storey Pace Condos is already nearing completion.

For the time being, however, the site’s immediate surroundings have retained a low-rise context. From a planning perspective, the site forms part of the Garden District’s Dundas Corridor Character Area, which identifies the stretch of Dundas between George and Sherbourne Streets as a priority retail strip. High-rise development can potentially be permitted in this area, though requirements stipulate the inclusion of ample ground-level retail.

Looking east along Dundas, the tower would form a terminating vista as the street curves to the north…

The proposal includes a landscaping plan by NAK Design Group. With the proposal still in its very early stages, the development is subject to significant change, and the current design of the tower may not reflect a finalized project—it’s possible that this design is used as a massing model for zoning purposes.

In.De Condos has a Walk Score of 96 out of 100. Transit Score if 100 out of 100.This location is in the Moss Park neighborhood in Toronto. Nearby parks include Moss Park, Allan Gardens and St. James Park.