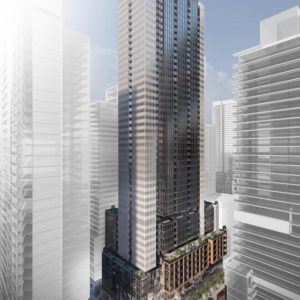 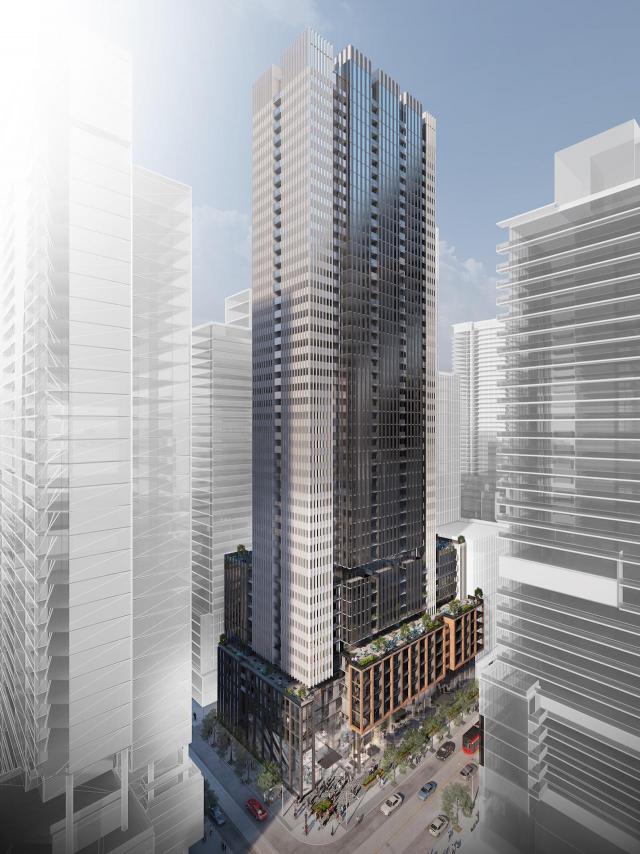 King West & Charlotte Condos is a 47-storey mixed-use building (157.0 metres, including mechanical penthouse), with a total of 633 residential units and approximately 3,437 square metres of retail space located on the first two levels of the podium. Designed by Hariri Pontarini Architects for Plaza.

Pure Plaza, aka Plaza, has been building residential condominiums in Toronto since 1982. An experienced and trustworthy developer, Plaza has gained a reputation of building projects with extremely high value, offering finishing touches to projects that go far beyond the industry standard.