Search Durham for your perfect home

The Regional Municipality Durham, or Durham Region is the eastern-most division of the Greater Toronto Area, and a collection of cities and towns along the north shore of Lake Ontario such as Ajax, Oshawa, and Bowmanville.

With an area of about 2,500 square kilometres, Durham Region is a vast, diverse region, stretching from Lake Ontario, through more rural towns like Uxbridge and Port Perry, and rising north to the shores of Lake Simcoe and into the Kawartha Lakes region. With Markham, Newmarket, Whitchurch-Souffville and the other smaller communities of the York Region to it’s West, and just a short drive to Peterborough and Coburg to it’s east, Durham is a centrally located Region in a crucial spot within the Quebec-Windsor corridor, and a beautiful place to live for commuters looking to live outside the Toronto core.

Pickering, Ajax, Whitby, Oshawa form a quartet of larger suburban communities along the shore of Lake Ontario, each within a short distance of Downtown Toronto, but with their own unique cultures and identities. Further North, towns like Port Perry and Nestleton provide more rural living along the shores of Lake Scugog.

Durham Region forms the outskirts of the GTA, and a welcoming set of communities for travellers along the Highway 401, as they drive west into the city from places all over Eastern Canada like Kingston, Ottawa and Montreal. Connected to many of the GTA’s largest, highest traffic highways like the 407, and the 401, residents of Durham face short, manageable commutes into the city, and with connections to Northbound highways like Highway 12, the 404, and the 400, trips up north to Barrie, the Kawartha Lakes, and the “cottage country” of the Muskokas is easy.

Public transit in Durham Region is robust and affordable thanks to Durham Region Transit, which runs routes throughout the region, and connect residents to the many GO Transit Commuter Rail stations in Ajax, Pickering, Whitby, and Oshawa. GO Transit provides quick and easy trips into the city of Toronto, with lines that end at Union Station right downtown.

Durham Region has historically been an epicentre for the Canadian automobile industry. Oshawa is the headquarters of General Motors Canada, and while this trend has slowed in the past few decades, Durham continues to be a literal powerhouse for jobs in the GTA. Several nuclear power plants are located in the region, Pickering A, Pickering B, and Darlington stations, which contribute about 30% of the province’s electricity, and employing 10,000 workers, many of which live in the Durham Region.

Oshawa, in particular, has been noted as one of Canada’s top ten places to find work. A revitalization program was in the works since the early 2000s. Diversification of industry and a focus on innovation over the past 15 years has led to a strong economic base, and the result is 4.9% growth in employment year-over-year.

The region is also home to Ontario Tech University, Durham College, Trent University and is just a short drive from many of Toronto’s largest post-secondary institutions like York University, and UofT.

Durham Region has hundreds of parks and green spaces on offer. From Baycliffe Park in Whitby to Rotary Park in Ajax, families can enjoy countless activities, children can play on large, high-safety standard playstructures and even splash pads and water features.

Take a stroll by the lakeshore at Lakeview Park, in Oshawa, or take your kid skateboarding at the impressive half-pipe and skatepark at Folkstone in Whitby. Beautiful views await at Petticoat Creek Conservation Area in Pickering, which sits atop the bluffs along the waterfront and boasts some of the most beautiful long hiking and cycling trails in the GTA. All year round, community activities flourish within Durham’s many green spaces.

Pickering, Ajax and the other more southern cities within the Durham Region are rapidly growing and have diverse neighbourhoods with a variety of incomes. Most of the region sits above the National median income of $99,700 per year.

Durham Region is a hot real estate market and continues to grow every year. Outpacing even Toronto itself, Durham is an attractive location for families looking to homes along the shores of Lake Ontario, within commuting distance to Toronto, and also offers many rustic, slower-paced towns in the north of the Region. The housing market in Ajax, in particular, has grown by a staggering 72% since 2012, with the average condo price sitting well below that of Toronto proper.

This growth is largely due to the influx of population, which is undergoing a dramatic downtown rejuvenation. Millions have been invested in building a new urban core to the city and surrounding areas, with emphasis on higher density and master-planned communities with amenities right at the doorsteps to these new condominiums and subdivisions. Investment opportunities are everywhere as Ajax and Oshawa are particularly attractive to young professionals and new families in the 20-30 bracket, and these “Dormitory Communities” begin to grow into destination cities themselves. 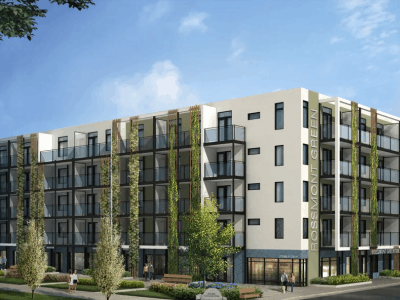 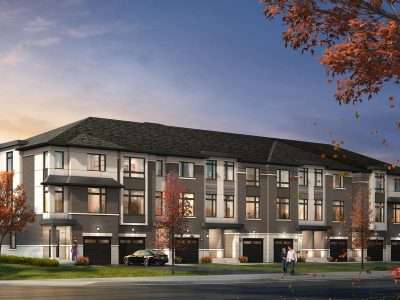 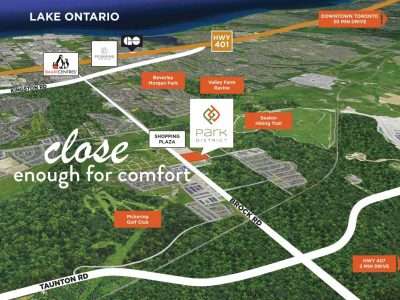 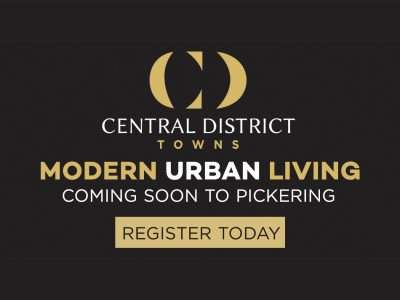 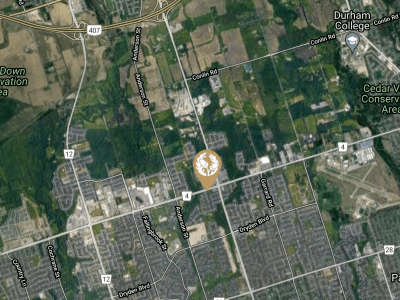