Search Scarborough for your perfect home

Resting atop the Scarborough Bluffs on Lake Ontario, Scarborough is the eastern-most division of Toronto. It borders Toronto’s Victoria Park to the west, is bounded by Steeles Avenue to the north, and the Rouge River and the city of Pickering to the East.

A popular new home for immigrants to Canada, Scarborough is a flourishing community with it’s own unique identity within the GTA. While some areas of the borough are urban and densely populated, many areas, especially the North West, are more rural and suburban. Scarborough is a town on the rise, and an attractive prospect for home- buyers of all demographics.

Scarborough is directly connected to the rest of Toronto by the world-class TTC transit system. Along with extensive bus line grids, Scarborough is at the eastern terminus of Line 2 Bloor-Danforth, with stations Victoria Park, Warden, and Kennedy. Further, Line 3 Scarborough continues on throughout the borough, running north and east towards Scarborough City Centre. Metrolinx, the Ontario-owned parent company of the TTC, plans to extend this line within the next decade, and a new Light Rail Transit line is currently in construction, with plans for connections to Kennedy Station.

Commuters looking for other options will be pleased to know that like most other communities within the GTA, Scarborough is well-connected by the GO Transit lines as well as York Region Transit.

Scarborough is so closely connected to Downtown Toronto that it shares many of the same major streets – recognized names like Eglinton, St. Clair, and the Danforth all cross within the borough, providing intimate links to many of downtown’s smaller communities.

Travellers and explorers have a simple escape from the big-city in the form of the Highway 401, Canada’s largest highway, which cuts right through the centre of Scarborough. Drives out to Kingston, up north to Barrie and the Muskokas as well as travel around the Golden Horseshoe, and down into Niagara are all simple trips.

Scarborough is an integral eastern wing to the economic powerhouse of Toronto. Industry is booming within the region, and many of Canada’s largest companies hold offices, headquarters and campuses within Scarborough, simply for it’s close ties to the downtown core. Companies like Bell Media, Telus, Aviva, Yellow Pages Group, Toyota Canada, and many more have a presence in the district, and employ thousands of Scarborough residents.

Four public school boards operate withing Scarbororough, including the Toronto District School Board, offering English and French education in both Catholic and secular curriculums. Countless schools are nestled within the borough, offering a wealth of choices for new and prospective families.

Scarborough is also home to two post-secondary schools, The University of Toronto, and Centennial College, which have long-lasting ties to the division, having both been established in the mid 1960s.

Scarborough has some of the best parks and green spaces in the entire GTA. First and foremost is the famous Cathedral Bluffs Park, a park with runs along the Scarborough bluffs, and includes a beautiful beach below. Visit year round for one of the most breathtaking views in “The Six”.

With a borough so large, escapes into nature are essential, and Scarborough has many to choose from. From Cathedral Bluffs in the south, to the architectural gardens of Guild Park, to the beautiful hiking trails of Rouge Park, Scarborough has it all!

With strong employment in sectors like manufacturing, banking, and financial services, Scarborough is a healthy economy full of young families. The average household

income sits around $57K, just slightly below the national average.

Ever since the early 2000s, after amalgamation of the GTA, Toronto has been growing at a rapid rate, and Scarborough has grown along with it. The corridor through which the Highway 401 travels in particular has seen an increase in density and a boom in condominium development.

The average selling price for pre-construction condos in Scarborough sits affordably within the low $300K range, and new listings maintain a $523 price per square foot. Considered one of the best neighbourhoods in the city for price appreciation, homes in Scarborough are a solid investment. 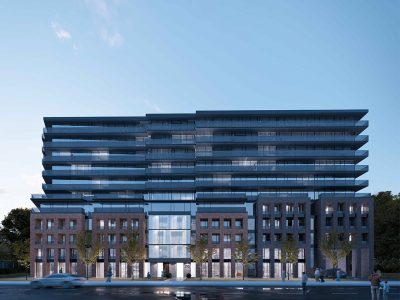 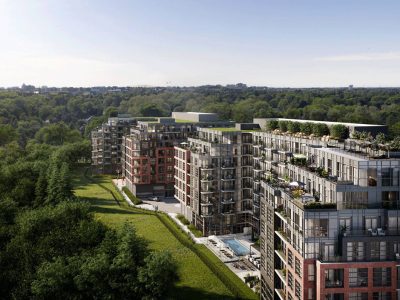 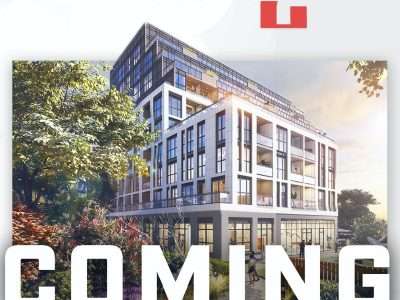 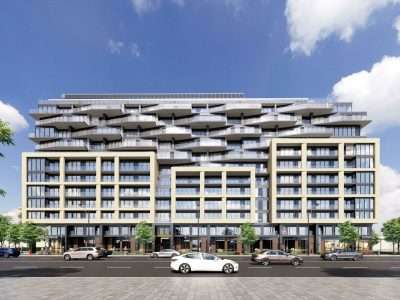