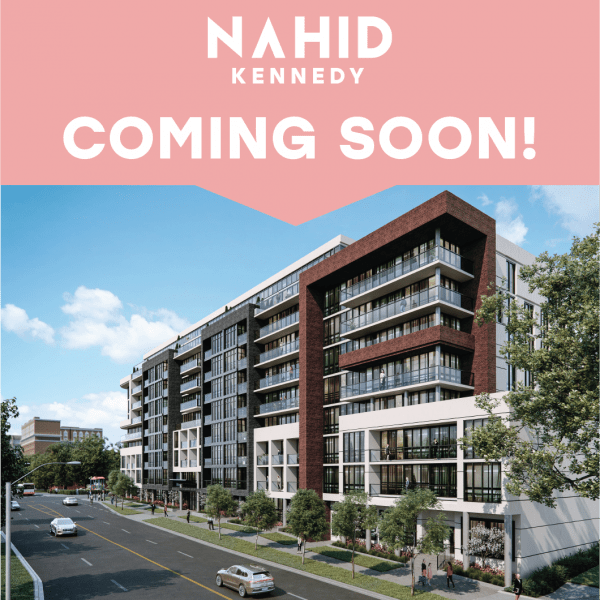 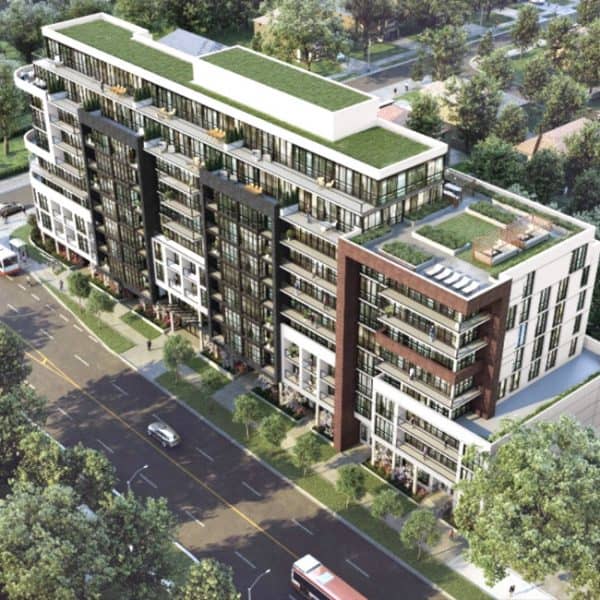 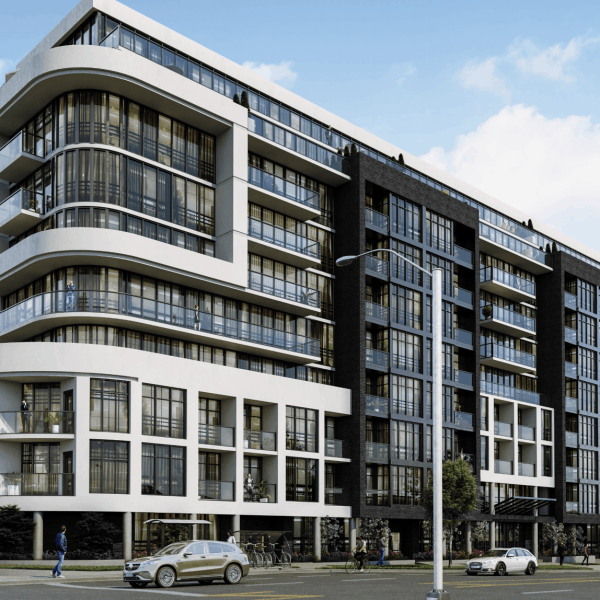 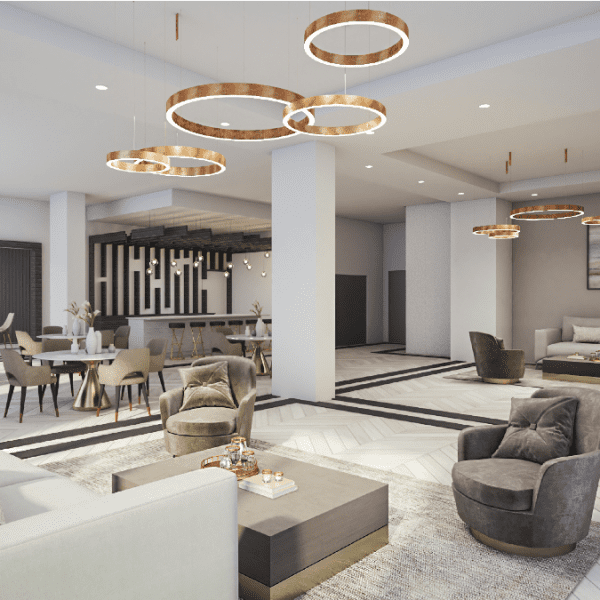 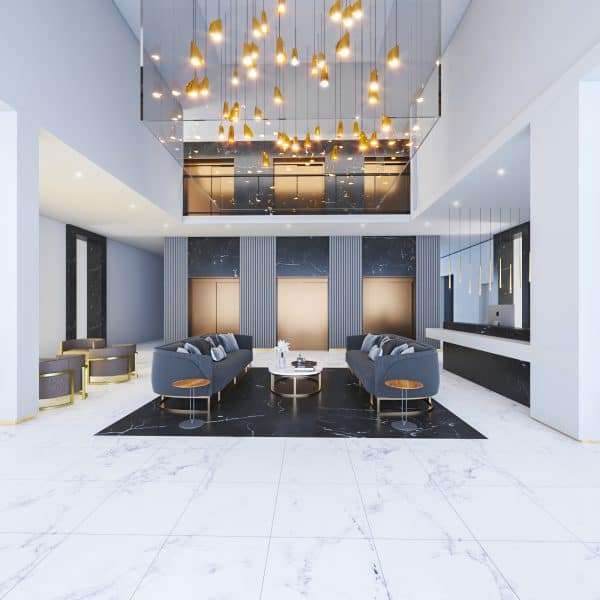 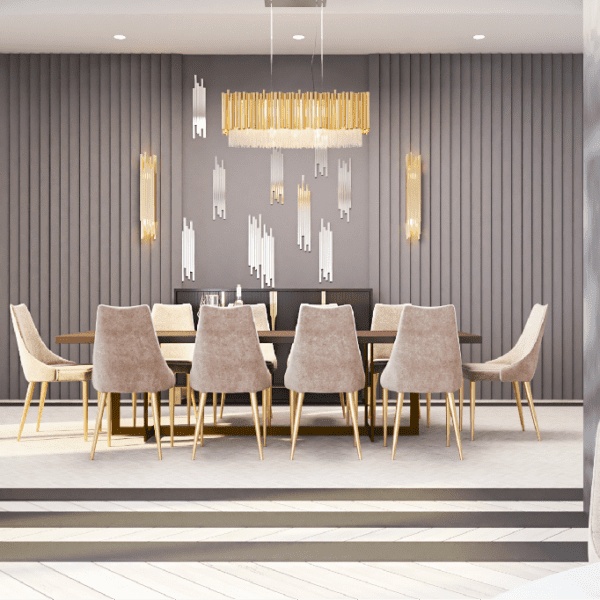 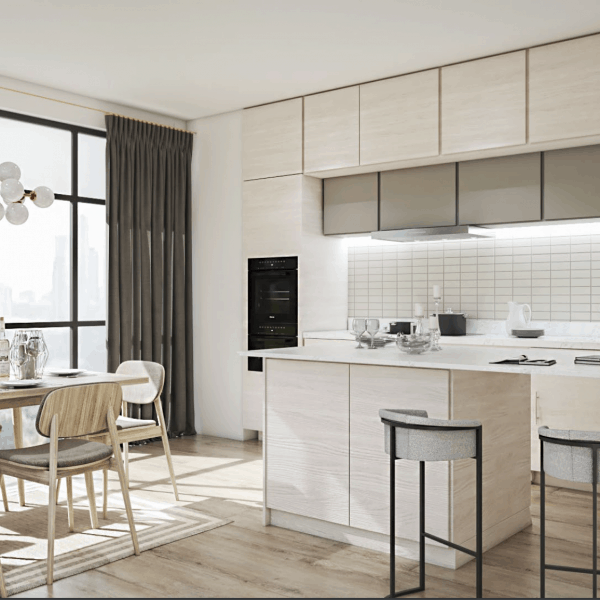 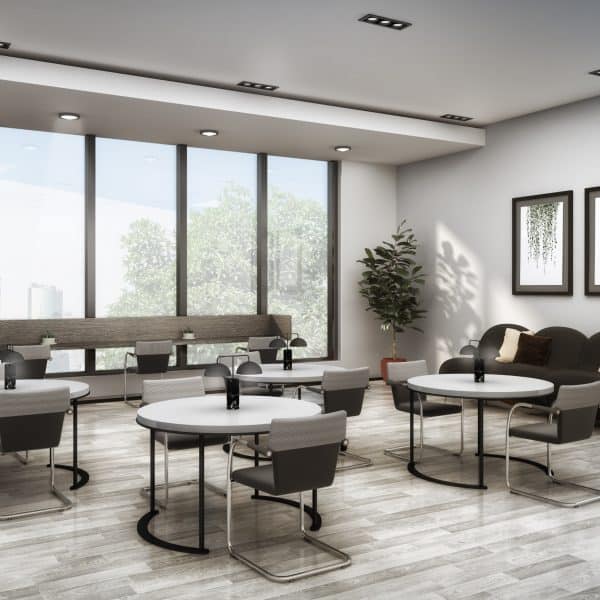 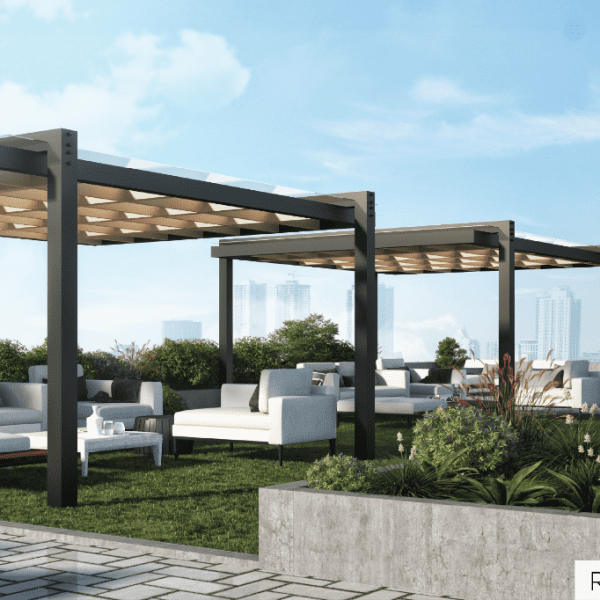 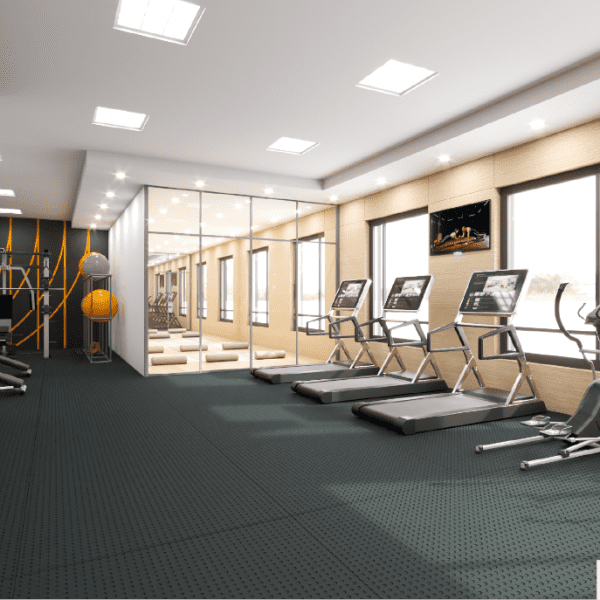 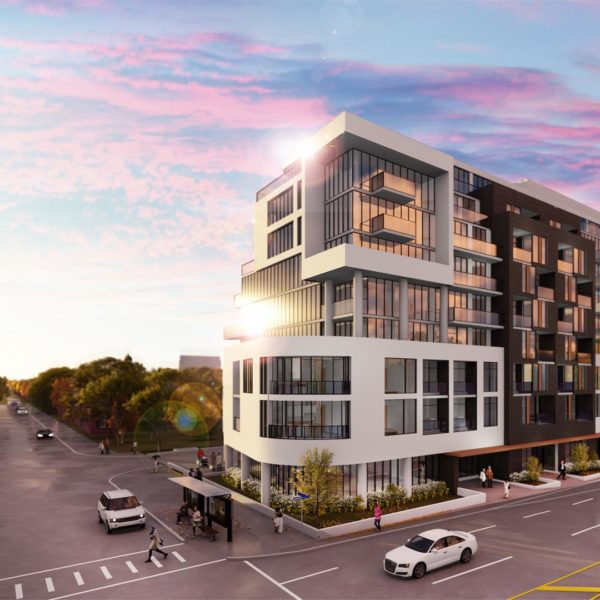 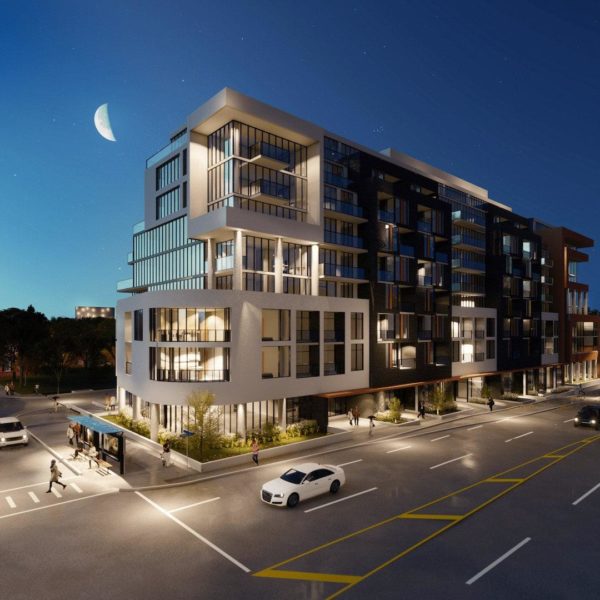 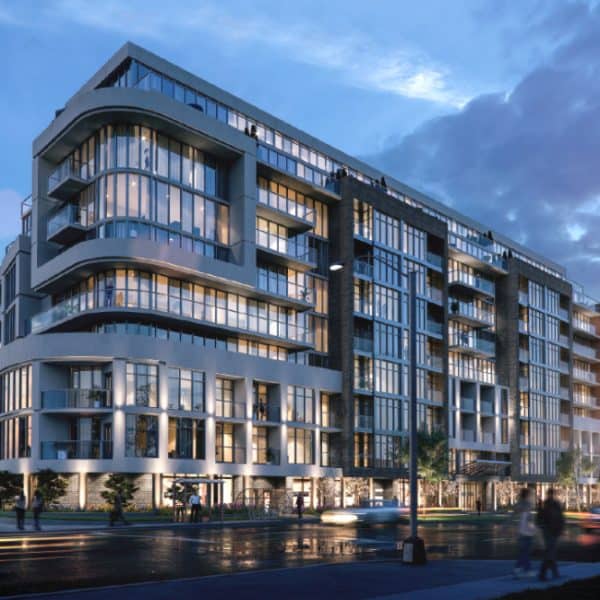 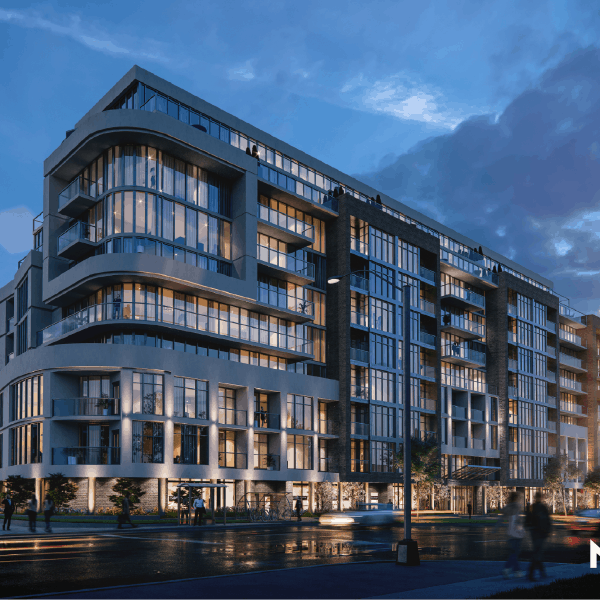 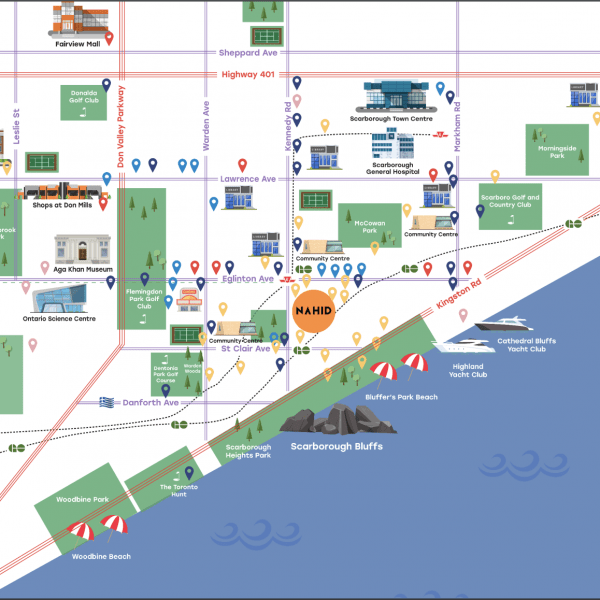 Nahid on Kennedy is a new pre-construction condo development by Options Development. With 198 Units and rising 10 storeys including condos units and retail shops. Coming soon tot 615 Kennedy Road in Toronto.

This 10-storey building offers a wide selection of units of various sizes and layouts suitable for any lifestyle and is equipped with fantastic amenities. Suites range from one-bedroom units to family-friendly three bedrooms units. Whether you live on your own or with a growing family, Nahid Kennedy is an ideal residence for everyone!

Highlights at Nahid on Kennedy

Nahid Kennedy is situated at St. Clair & Kennedy Rd. in one of Toronto’s most desirable suburbs and diverse cultural communities.

This location is in the Kennedy Park neighbuorhood in Toronto. Surrounding the building you will also discover countless restaurants and neighbourhood cafes of various cuisines, the Scarborough Town Centre, and the Toronto Zoo. Just 10 minutes away from the building you will find yourself at several walking trails and parks, including Scarborough Bluffs where you’ll have views of the city’s most breathtaking waterfront, ample picnic space and beach access.

⁣Nahid Kennedy is only 5 minutes away from both the Scarborough GO Station and Kennedy GO & TTC Station, allowing for convenient access to downtown Toronto or elsewhere in the GTA. Better yet, Nahid Kennedy is steps away from the future Eglinton Crosstown LRT, which will feature 25 stations across Eglinton Ave and make travelling across the city 60% faster than before!