A charming new boutique condominium project is coming to the Yonge and Sheppard intersection in North York. 181 East Condos, a new project by Stafford Homes, will feature eye-catching terraces with modern lines and verdant greenery. With colourful accents, this building is sure to turn some heads, and it’s prime location makes it a singularly convenient place to set down roots.

This 9-storey mixed use condominium is currently in the pre-construction phase, and will be located at 181 Sheppard Ave E. right in between Yonge Street and Bayview Avenue.

With an expected occupancy of 2023, this building will house 185 condominium suites and feature retail along the street-level. 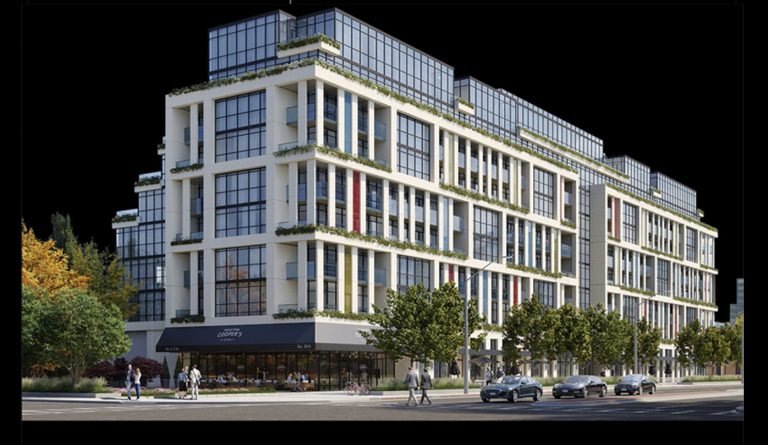 Opulent oversized terraces flanked with greenery set the tone for this refined residence. Experience views to die for in a prime and in-demand location. Enjoy the best of both worlds and be in the heart of the action within a 5-minute drive.

181 East Condos is located at 181 Sheppard Avenue East, just ten minutes walk from the The Yonge and Sheppard intersection, which is a central hub for business and retail in the North York area. There, residents will find the Sheppard-Yonge TTC Station. The urban area is surrounded by greenspaces like Sheppard East Park, Glendora Park, Willowdale Park, Mel Lastman Square and Princess Park.

Only a 20 minute drive into the heart of Toronto, the Lansing neighbourhood is a lovely respite from the hustle and bustle of downtown while remaining closely. While 4800 is directly on the eastern segment of the TTC’s line 1, it’s only a few minutes drive to the western stations as well, like Sheppard West Station or Yorkdale, home of Yorkdale Shopping Mall – a destination within the entire York Region, Yorkdale is known as one of the country’s best malls. Over 1.8 million square feet in space, Yorkdale Shopping Centre homes over 250 retail spaces, services, dining options and entertainment attractions, making it a destination for people all over the GTA. 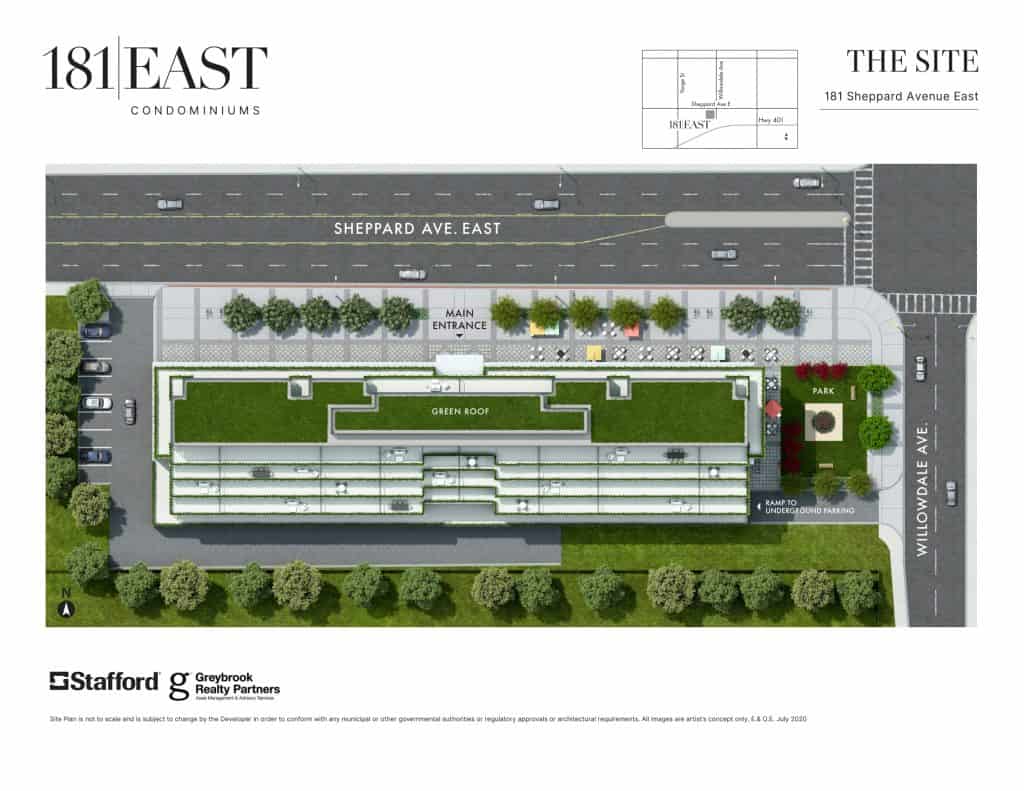 The aforementioned parks nearby provide excellent places to take in nature or get exercise. Earl Bales Park in particular has over 125 acres of green space, sports fields, and walking trails, including an off-leash dog park. Also nearby is the Hinder Property – a forested park with a boardwalk running along the Don River.

Parents will be happy to know there are a number of great schools nearby from Avondale Public School to Elpis College Private High School, and Claude Watson School for the Arts, as well as Central Montessori and Private French School.

181 East Condos will be extremely convenient for running errands. Essentially next-door to a Beer Store, 181 will also be close to many other stores and services, to restaurants like PizzaPizza, to Popeyes, and Paisanos, as well as grocery options like Whole Foods, and the well known Ava Esfahan Food Market. Home projects and personal health will be easy, with a RONA Hardware across the street, and a Rexall just down the road. 181 is highly walkable, with a score of 95/100.

181 East Condos will be an urban, stylish building designed by Page + Steele IBI Group Architects. Current renders show a white rectangular facade with gorgeous floor-to-ceiling windows, and charming colourful accents. One side of the building will rise straight against the street, with retail along the street level, while the other side will feature a stepped-back design, allowing for terraces and patios.

Amenity space will all be located on the ground floor and second floor, and will include a wide range of amenities. On the first floor these include a library and co-working space, meeting room, private work rooms, universal washroom, a mailroom and package storage, entertainment room, kitchenette/bar and movie nook. Upstairs on the second floor, residents can enjoy a fitness studio with free-weights, a yoga nook, outdoor fitness, event lounge, private dining lounge, outdoor dining lounge and washrooms.

A full list of in-suite amenities, finishes and features has yet to be released. To receive more information on suite layouts, including floor plans as soon as they become available, register now with MyCondoPro! 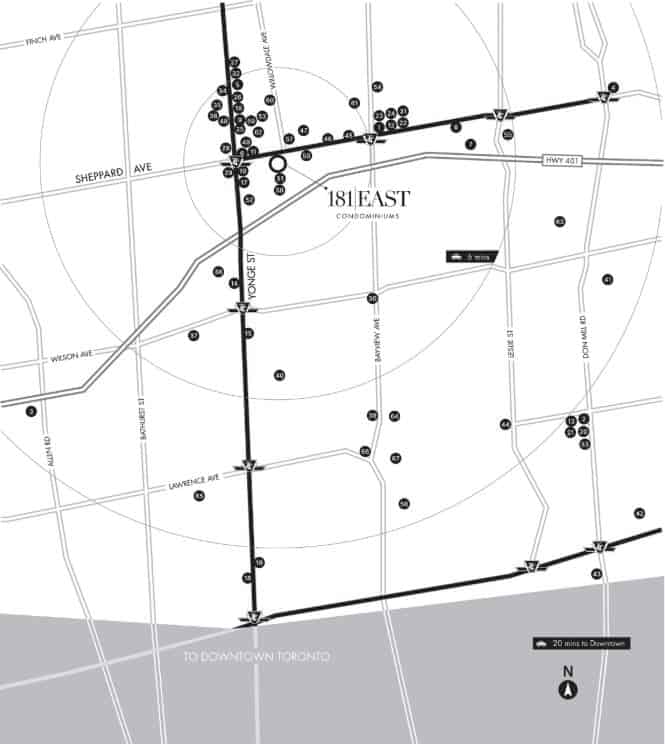 Recent projects include Picasso Condos in the Entertainment District of Toronto, as well as Elements Townhomes in Ajax, and 530 St. Clair Avenue West. Their current project, 181 aims to be another in a long line of urban condos that contributes to Toronto’s iconic skyline, while bringing convenient, stylish living to its buyers.

With regards to 181 East Condos, we see a property in an exciting location. Just east of a major commercial hub, Yonge and Sheppard which will likely continue to grow in the 2020s, 181 East manages to be slightly away from the hustle and bustle, while still being ideally located both for walking and transit. This area has seen a great deal of new development in the past few decades, and is beginning to come into its own as an urban uptown hub for the city.