199 Church Condos (used to call MODE Condos) is a new pre-construction Condo project located at a AAA Downtown location near Church and Dundas developed by CentreCourt. The Project includes condos units as well as retail at the podium level. 199 Church consists a total of 39 stories and 484 units. 50% of the suites are priced below $649,990 and 2 bedroom suited in the $800's. 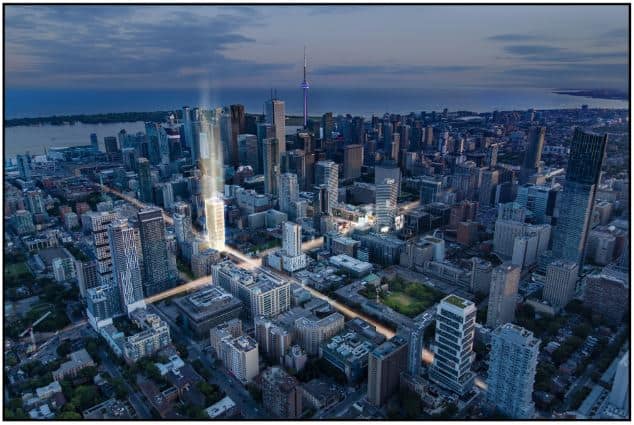 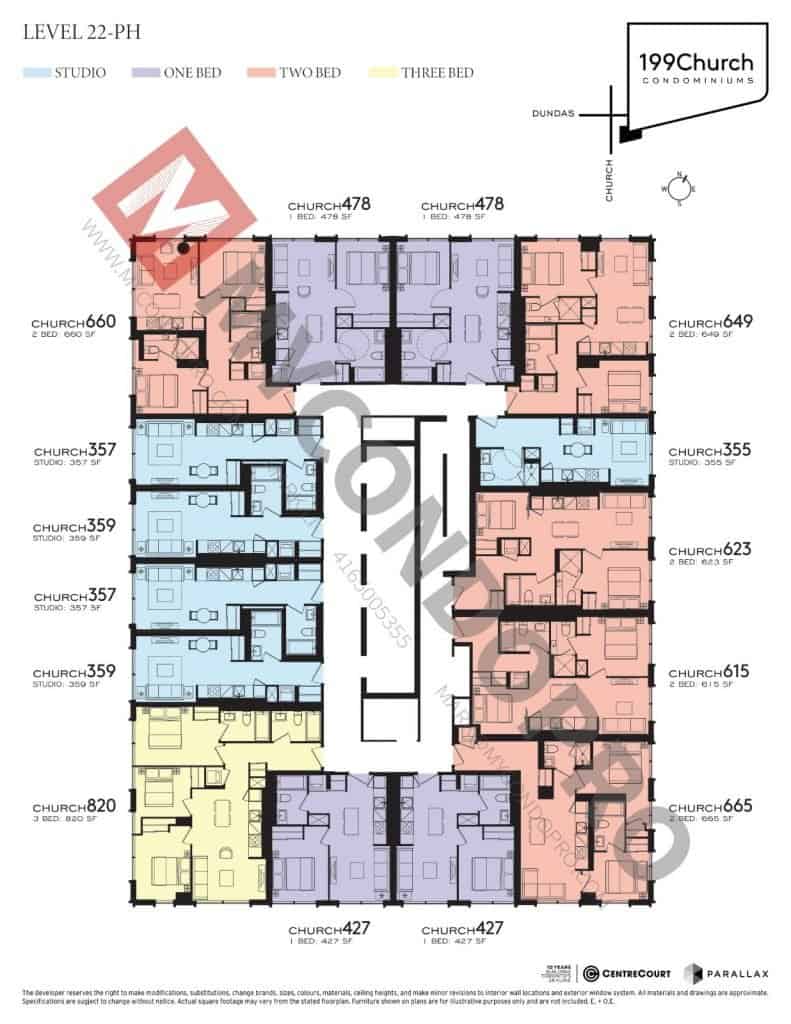 Church and Dundas is right in the heart of an area known as the Garden District. This highly dense sector of the downtown core is known for it's bustling city lifestyle. Just on the east side of Yonge, the Garden District envelopes most of the Ryerson University campus, Massey Hall, and countless shops, restaurants and attractions. Spend the afternoon getting inspired at the Art Gallery of Ontario, just a short walk away, or take in a movie at the charming Carlton Cinema. 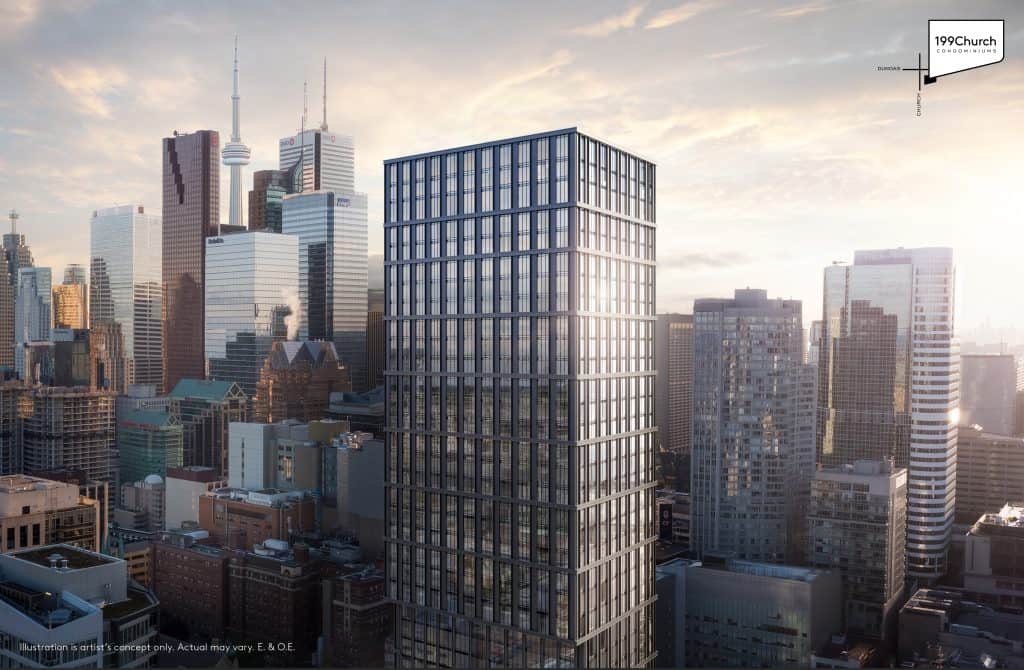 Greenspaces are abound in the area like the spectacular Allan Gardens just nearby - a historic green space with decades of history in the city, complete with off-leash dog park, multiple charming pathways, and a gorgeous canopy of trees. Other parks like Moss Park are nearby, and with unique neighbourhoods like Church & Wellesley and Cabbagetown just a short walk away, there's always something fun or interesting going on nearby. 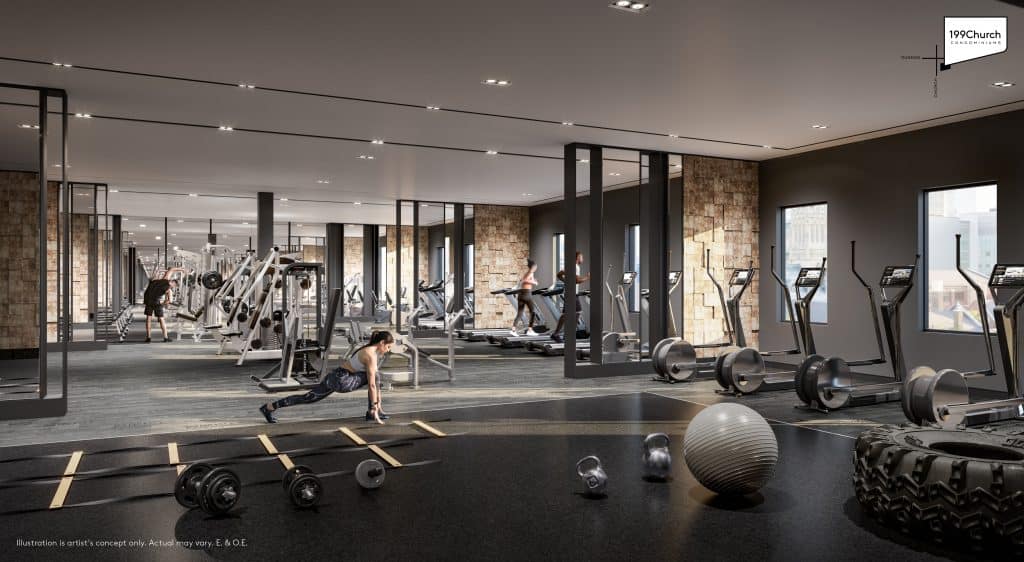 199 Church will have a dynamic, ground-breaking design, featuring an asymmetric facade that builds upon a 4 storey heritage building. An inspiring mix of old and new, this building will body rise to join the Toronto skyline, while paying homage to the neighbourhood's roots.

CentreCourt is known for it's luxurious amenities, and 199 Church will continue that tradition. Details are still yet-to-come, but are expected to maintain CentreCourt's commitment to ensuring world-class amenities for future residents.

With 37 storeys, 199 Church will make room for 464 suites with multiple floor plans and bedroom counts. 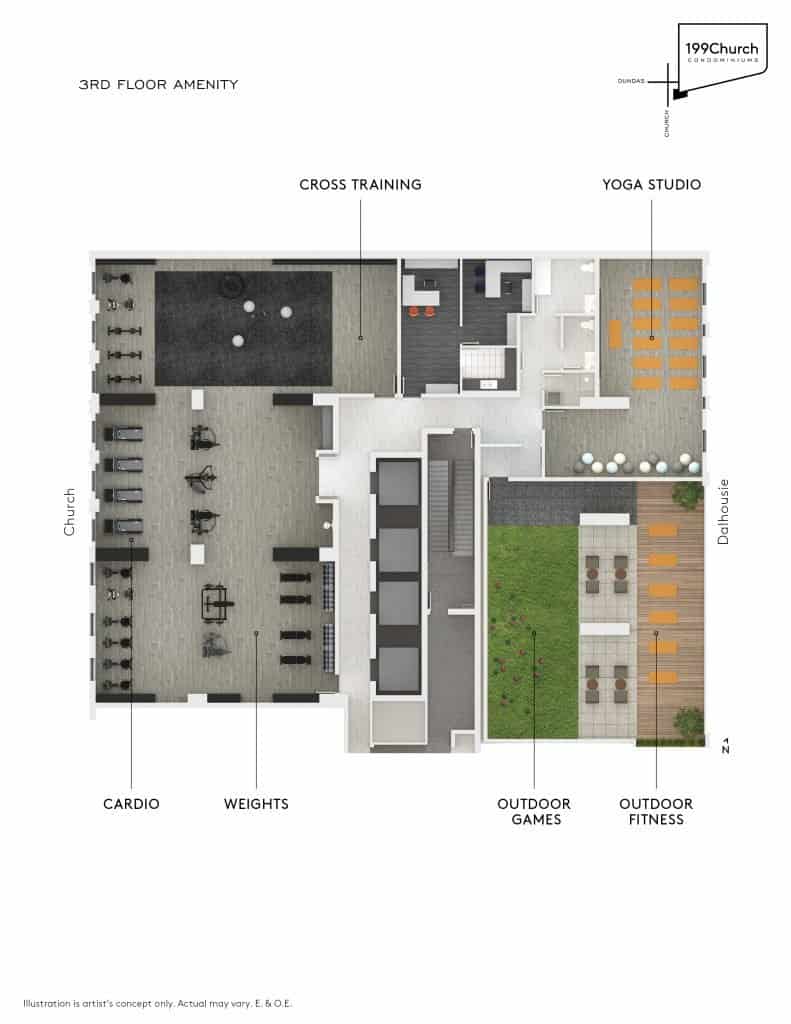 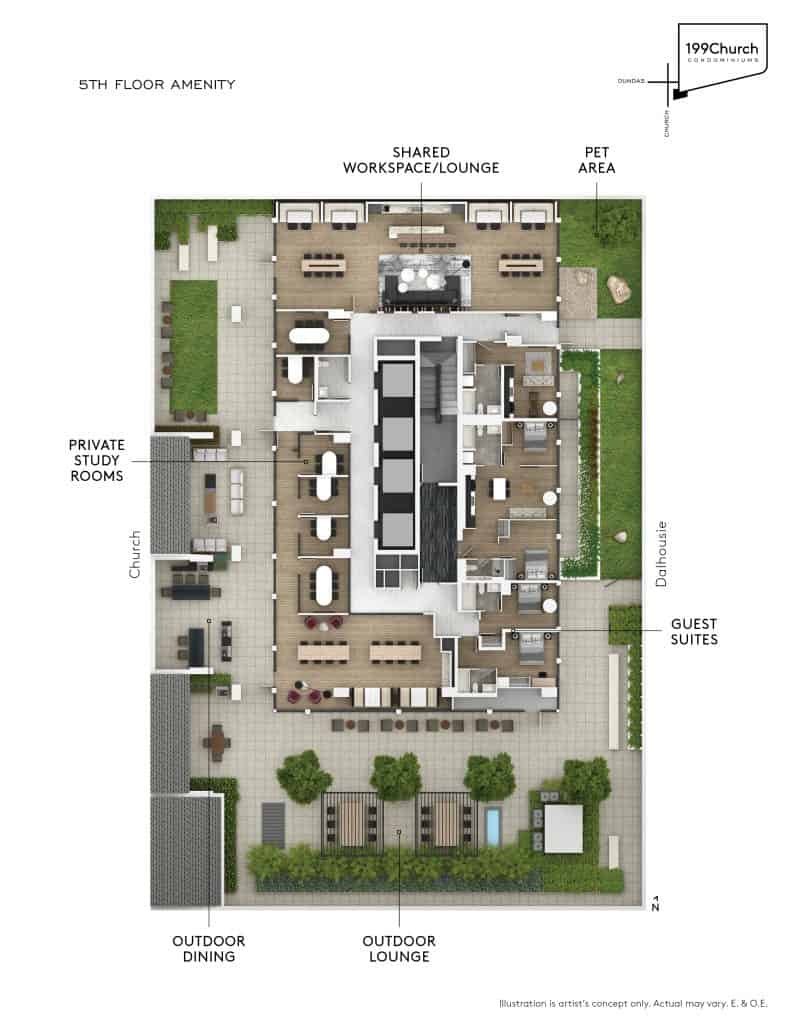 199 Church is located in a singularly convenient crossroads in Toronto. You can hop onto the subway in five minutes from your front door to just about anywhere in the city, but for most needs and desires, you need look no further than the Garden District. Easy commutes to Ryerson University and George Brown College St. James Campus, makes 199 Church a perfect place for students to settle in. And easy walks to shopping malls, supermarkets and even St. Michael's Hospital mean that everything is conveniently located - you'll probably be able to see it from your window! 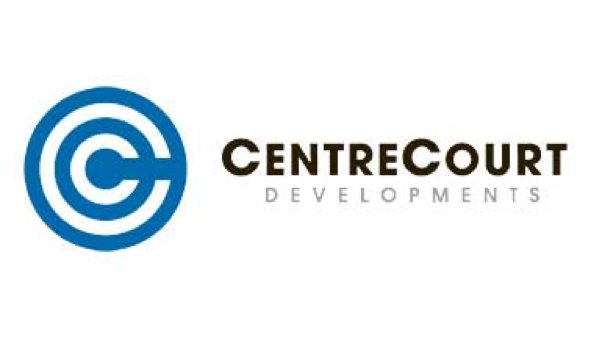 CentreCourt Developments is a relatively recent emergence on the Toronto Condominium scene, but they've made quite a splash since their founding in 2010. With projects already completed like INDX, Karma, and Peter Street Condos all within the downtown core, CentreCourt has established itself as a fixture of the Toronto skyline.

Convinced the Toronto housing market won't slow down any time soon, CentreCourt is pursuing new projects in the city with verve and excitement. Focusing on details, communication and hands-on decision making, CentreCourt is eager to continue to prove itself as one of Toronto's most trusted developers.

Ever since it's founding, CentreCourt has worked hard to produce homes and communities of the highest standard, and the 55 Mercer project seems to be a continuation of their dedication to excellence.

Living at Church and Dundas provides residents an unparalleled urban experience, and with many new projects going up in the popular downtown core of the city, few projects are as in-demand as 199 Church.