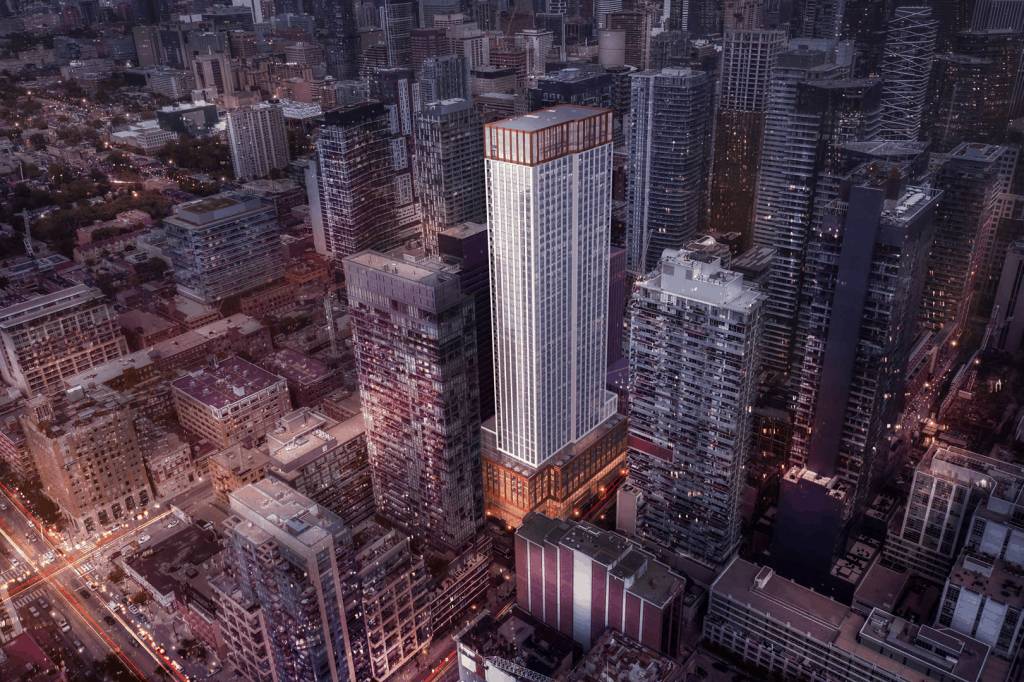 400 King West Condos by Plaza is a new condo development coming soon to downtown Toronto. This luxury residence is comprised of 49 storeys in addition to 612 residential units. 400 King is the epitome of downtown, urban lifestyle and convenience hence its location nestled between Toronto's Entertainment and Financial District 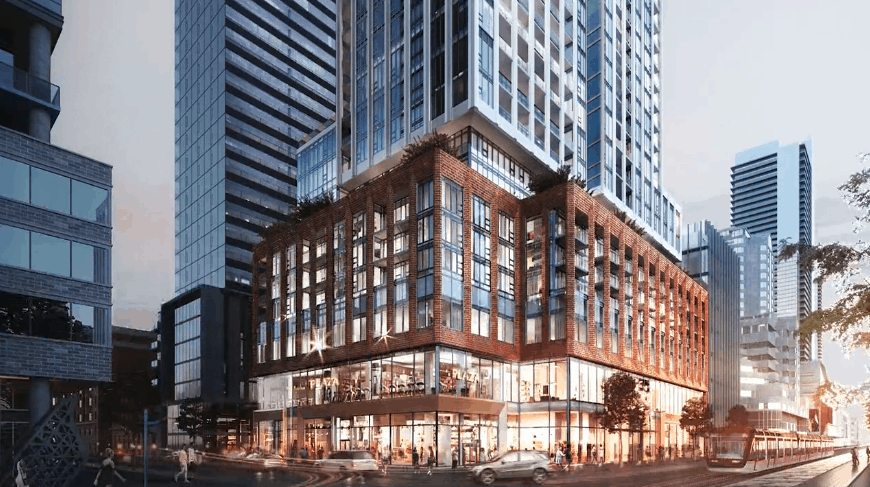 The Entertainment District is one of the most lively and exciting places because investors, young professionals, artists, all call this area home. This neighbourhood has an energetic pace, cool community together with an electric nightlife. The CN Tower looms over as you walk every block because it is only a few blocks away. Toronto's pride and joy, a constant reminder that it doesn't get much more "downtown" than this.

Residents of 400 King can stroll along tree-lined sidewalks and also access world-class public transit within walking distance. Many searching for a way to get out of the winter cold may use a network of underground pathways. The Gardiner Expressway and the DVP seamlessly connects you throughout the GTA. Travellers, commuters and explorers have unlimited options!

In the 1990s, this district was a hot spot for live music and theatre known for its nightclubs. The Entertainment District quickly became the hangout for the city's cultural elite. During the early 2000s, the neighbourhood saw a spike in condo development. The population has grown since then and continues to rise in demand. The district has become a mix of artists, young professionals, families of all walks.
Just taking a step into one of the many condos in downtown and enjoying the majestic views of the city's amazing skyline is enough to make you never want to leave.

Pure Plaza has been building residential condominiums in Toronto since 1982. Their reputation founded on their expertise and trustworthiness as a high-value developer. Pure Plaza was among the first to deliver final touches well above the industry standard. For example, granite counters, marble bathrooms, halogen lighting, stainless steel appliances and more.
Better condominiums and unparalleled craftsmanship, Plaza creates homes that have a lasting value. With over 5,000 suites under their belt Plaza is a prolific, diverse company. that has made their mark on the Toronto condominiums scene. Plaza has become synonymous with GTA condo development.