7800 Jane Street Condos is an exciting new master-planned community of Condominiums developed by Aspen Ridge Homes in Vaughan. Located at 7800 Jane Street, just steps away from the Vaughan Metropolitan Centre, this condo is in the preconstruction phase, and will have a total of 1,328 residential units.

Bringing many residential, retail and office units to the community, 7800 is expected to bring growth and vibrancy to the area. The plan is to build the community in three phases. The first will be one mixed-use tower of the project, standing at 35 storeys with 366 units ranging from one to three bedrooms. The second phase will include a 14-storey office building, and the third phase will include two 25-storey towers. 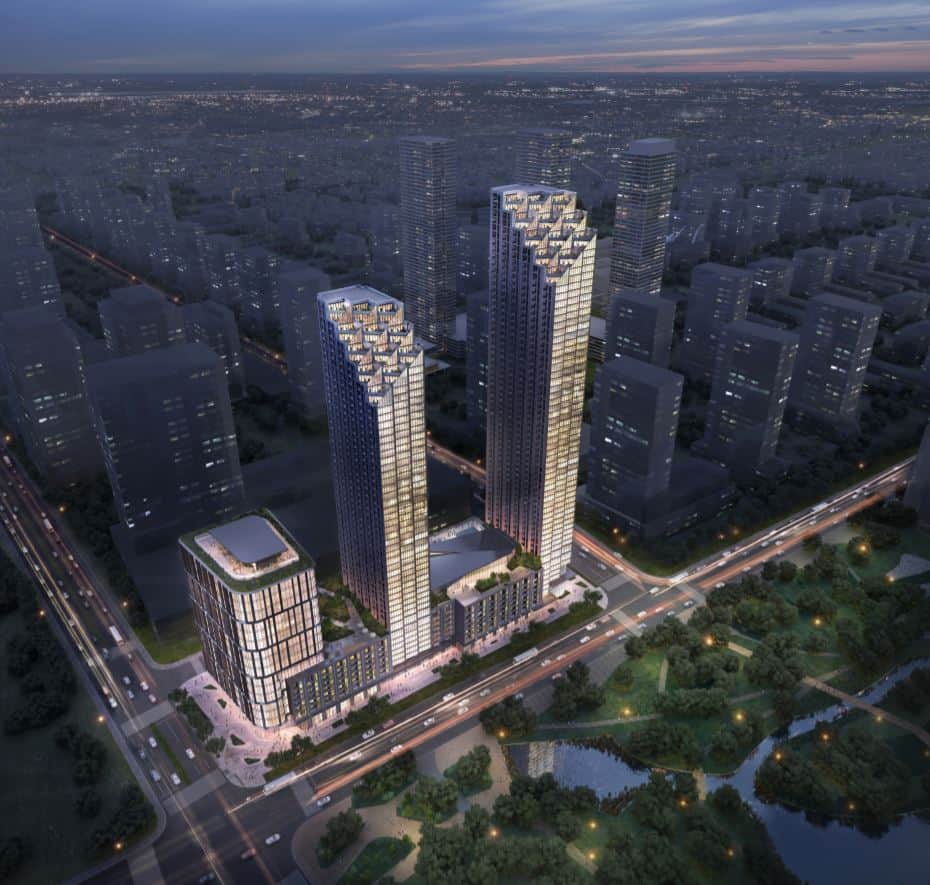 Vaughan is going through a period of growth and redevelopment. With the launch of the new Mackenzie Vaughan Hospital and other projects in the area, condominium development is increasing in the last decade.

7800 Jane Street Condos will essentially be across the street from the Vaughan Metropolitan Centre, the new downtown core of the area. The Metropolitan Centre will have over 440 acres of office towers, condos, parks, shops and hotels, employing 36,000 people, including residents who’s commutes will be only minutes. All of this will be connected by both walkways and cycle paths. A bold new vision for Vaughan, this exciting project will be an epicentre for the entire area, and one endpoint of the TTC subway Yonge-University line.

The area is surrounded by local amenities from restaurants to bars, supermarkets to fitness centres, and even big box stores. Walmart, LCBO, Winners, Best Buy and many more are all within a short walk, making this location extraordinarily convenient. It's also a fantastic location for entertainment, with theatres, Vaughan Mills Mall, and even Canada's Wonderland, all within 10 minutes.

Another reason this area is so attractive, especially to families and students, is the sheer number of schools in the area. Liaison College, Maple Crest Private School, Blue Willow Public School, are all within a short drive, not to mention York University and Seneca College just on the other side of the highway.

Though there aren't many specifics yet about the features and amenities of this project, we can expect a few things. Based on other projects by Aspen Ridge, we can expect high-quality finishings, from high ceilings, to intelligent, often open concept living spaces.

Other amenities that have been included in other projects include 24/7 concierge, gyms or fitness rooms, BBQ areas and indoor rooms for hosting, and many others. Register now with MyCondoPro for listings of specific amenities as soon as they become available.

With Vaughan Metropolitan Centre just a minute walk away, residents of Jane Street Condos will have unparalleled access to the TTC. This station, having recently been completed as an extension of the TTC Line 1 Yonge-University line, gives buyers immediate subway connection downtown, as well as eventual connection to Line 2 going East-West. Vaughan Metropolitan Centre Station is a hub for travel across the GTA, with an easy 40 minute ride to Union Station in the heart of Toronto.

The entirety of southern Ontario is just a short drive away from Vaughan. Highways 400 and 427 serve as major expressways connecting the city of Vaughan to Barrie, Lake Simcoe, and the Muskoka region, as well as into the core of the city of Toronto. Meanwhile the city itself is laden with a grid of county roads, many of which are 4 to 6 lanes, and provide easy travel within the city's unique communities, and act as an excellent alternative to the occasional congestion of the GTA's major highways.

Aspen Ridge Homes is a Vaughan-based developer with over 25 years of experience. Focused on not just building homes, but entire communities, Aspen Ridge has a varied portfolio of projects that range from master-planned townhome communities to bold condominium developments. Their team of builders are known for quality craftsmanship and know-how of modern homeowners expectations. The result is high-quality comes and high customer satisfaction.

They know that buying a home is a monumental occasion, and an even bigger investment, which is why they provide Homeowner information Packages to provide buys with everything they'll need to know before moving into their new home. Plus, with their on-site representatives ready to walk you through any issue, you can rest assured that Aspen Ridge has your happiness in mind.

Heavily invested in their community, Aspen Ridge gives $100 to charity for every house that was sold in the York Region. This effort alone raised $300,000 with which they donated to the Canadian Cancer Society, the Lung Associated and United Way.

Very aware that a home is where we live our entire lives, Aspen Ridge strives to build homes that create unique spaces for families, knowing that with that space, comes unique moments.

Vaughan has been rapidly growing since the beginning of the 21st century. Having nearly doubled in population since the early nineties, Vaughan is once again preparing for a real estate boom in the near future. New high-rise condominiums are being planned for the centre of the city - with emphasis on urban density and street-level activity. Street retail, boulevards, bike lanes, and green spaces will all lend a comforting, "downtown" feel to these new developments.

As these new communities begin construction, the average selling price of pre-construction condominiums in Vaughan sit in the low $400K range, but continue to rise, with the average price per square foot at around $679. Demand for Condos is skyrocketing for the city as a low vacancy rate encourages more development and the city continues its rapid growth.

Now more than ever, people are looking to areas like Vaughan to make their homes. Students will love the convenience or proximity to York University and Seneca, and with Vaughan Metropolitan Centre becoming the "new downtown core" of Vaughan, more and more development is occurring in the area.

These aspects all combine to make 7800 Jane Street Condos an ideal investment for buyers looking to add to their portfolio in the North York, and Vaughan area. 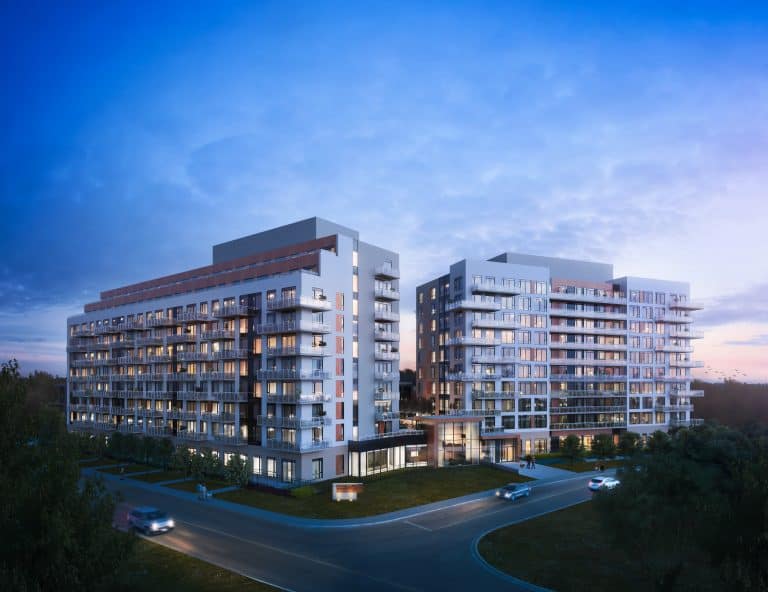 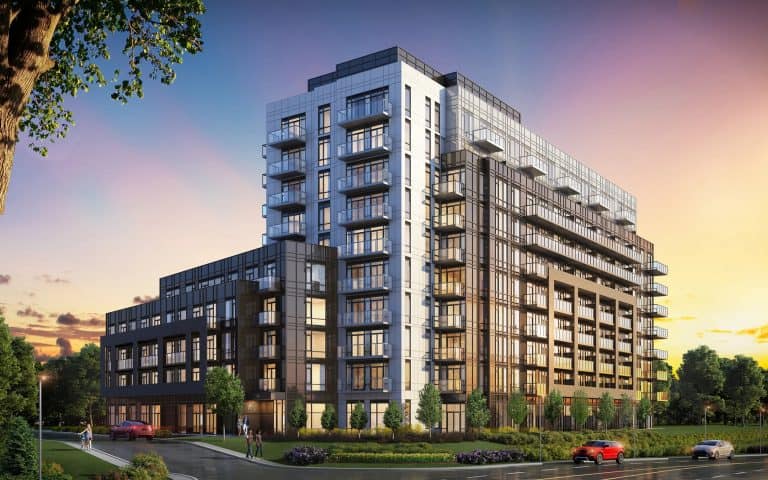 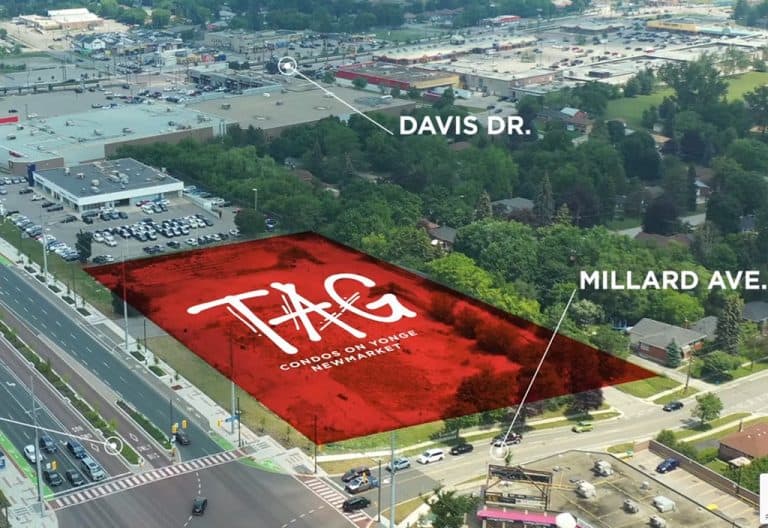 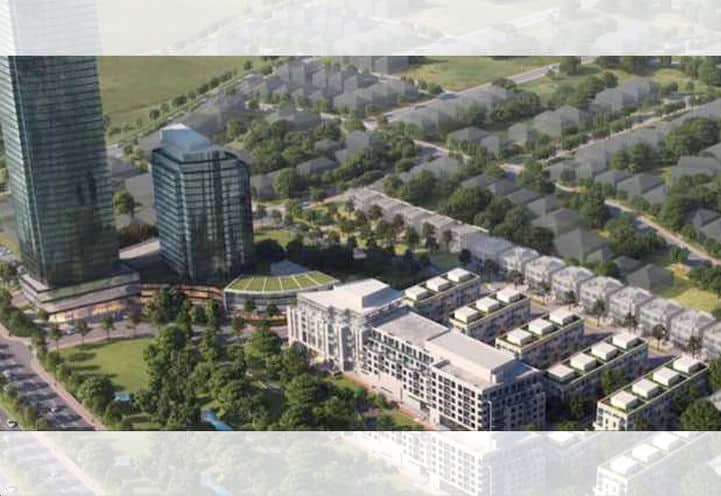 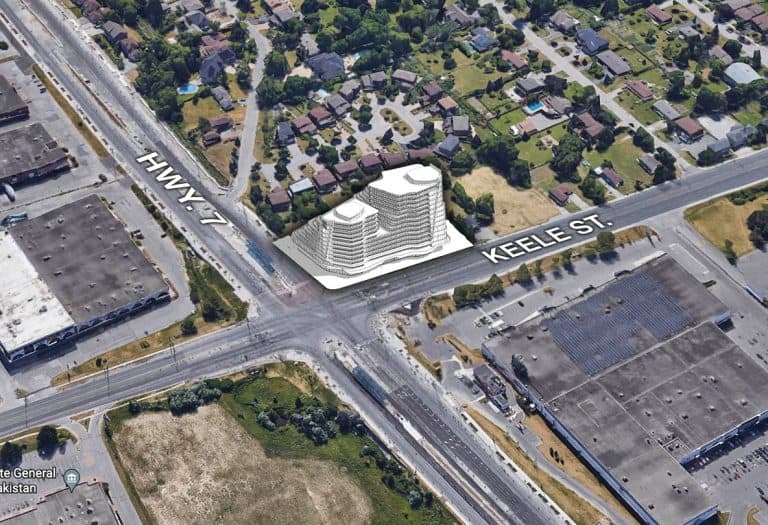 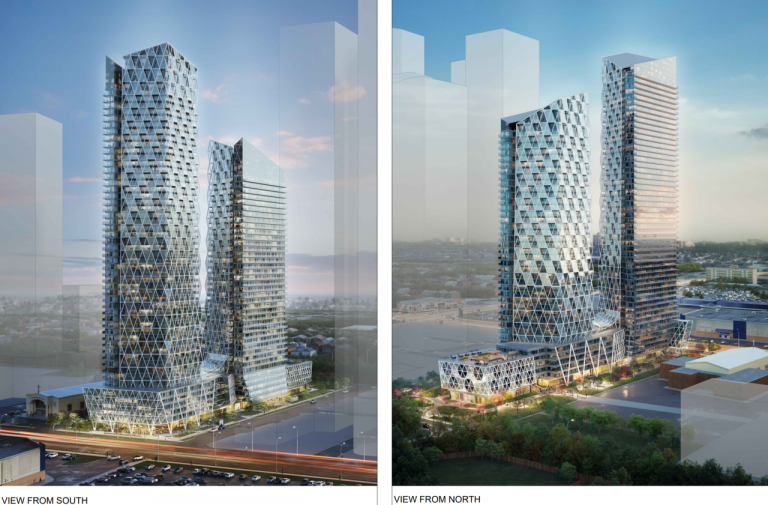 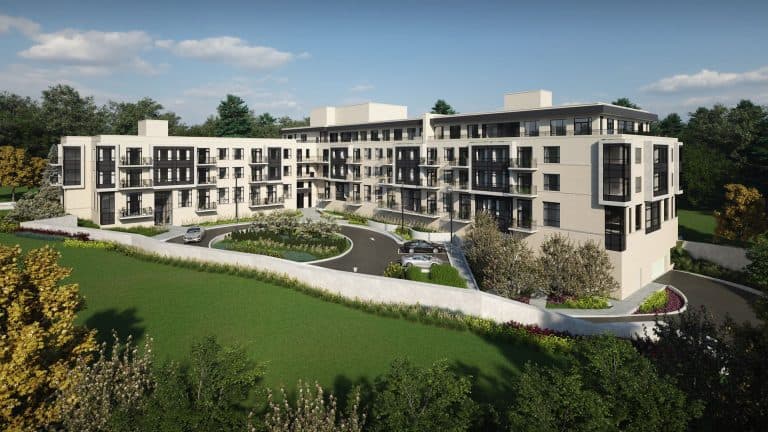 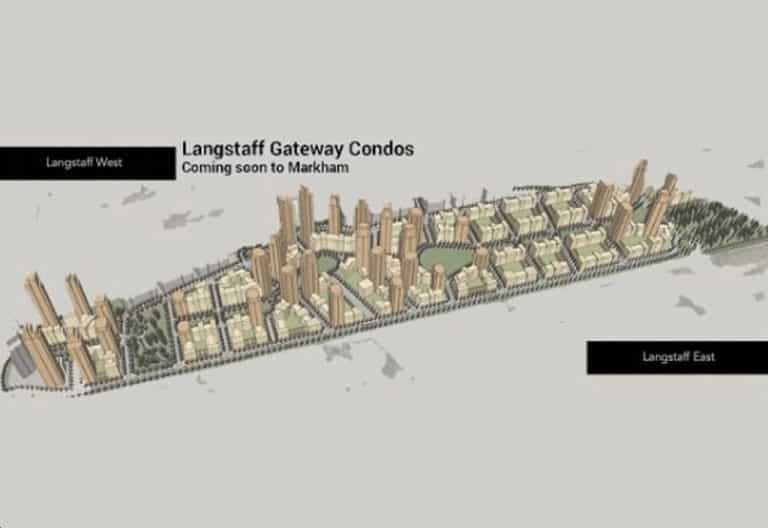 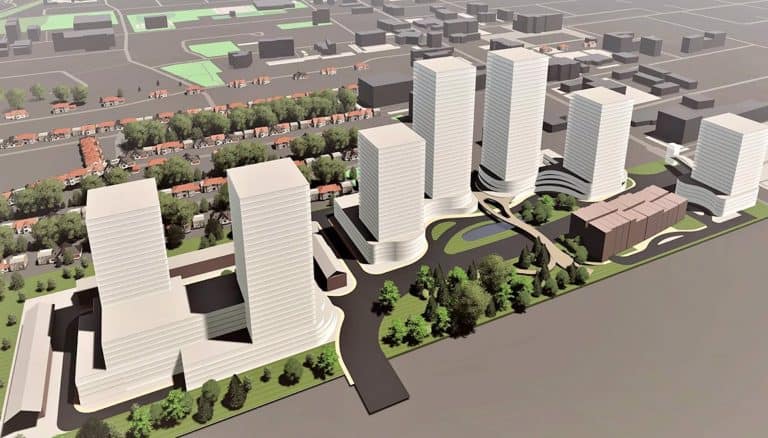 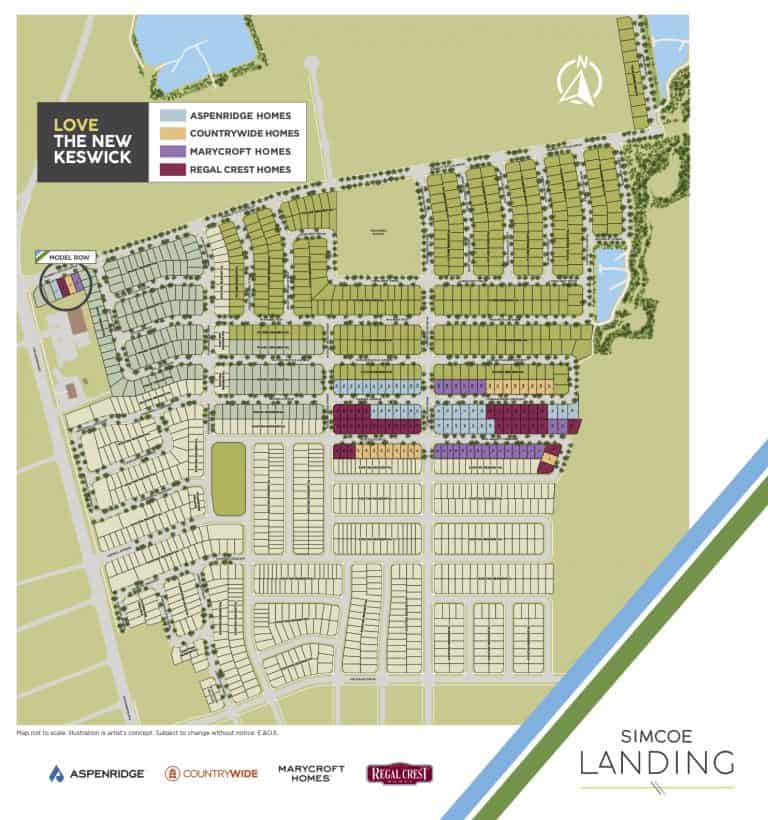 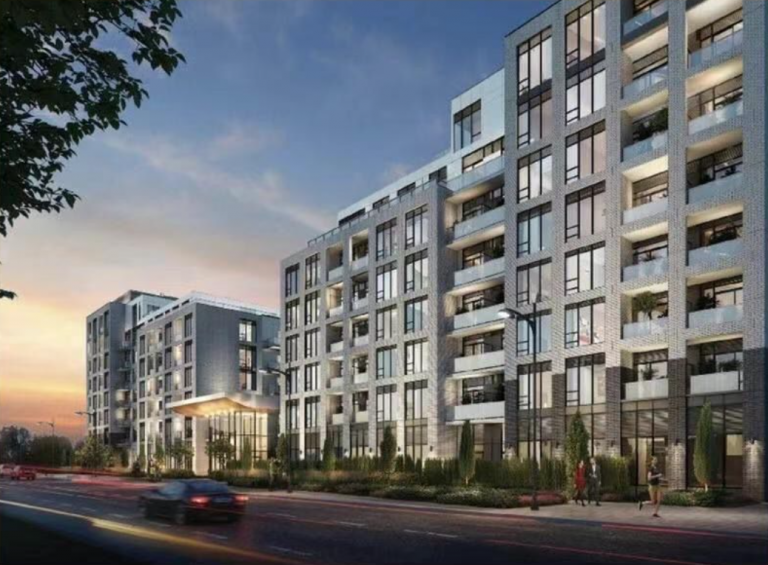