IQ3 Condos is a new pre-construction project, building on the first two phases of the IQ Condos development near the Islington-City Centre in Etobicoke. While the first phase of the project was built in 2014 at the corner of The Queensway & Zorra Street, this third phase is just down the street, marking the south-eastern corner of the development property.

Developed by Remington, IQ3 Condos will have a total of 981 units. Sleep style and modern design intersect in this exciting continuation of a highly-regarded project years in the making. 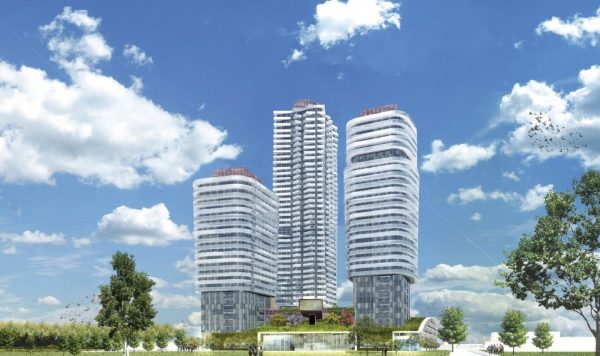 IQ3 Condos will be the third instalment of the IQ Condos master-planned complex. This 8-acre residential project has seen much success as its first and second towers, IQ Condos and Park Towers Phase 2 at IQ have sold out. IQ3 Condos is a tri-tower residence that is already attracting great fanfare. Sleek style and modern interiors will make IQ3 Condos the place to live in Etobicoke.

IQ is located just minutes from Islington City Centre - a bustling core of commerce in the heart of Etobicoke. Condominiums are continuing to rise and develop in the area, proving it’s an exiting neighbourhood, filled with possibility.

Primarily a suburban region, Etobicoke is often characterized by large main streets, expressways and shopping malls, as well as idyllic residential streets nestled among the ravines of the city, and canopied by beautiful old trees. It's eastern border is marked by the famously picturesque Humber River and Marshes, making Etobicoke a renowned spot for nature walks that pop in and out of the boroughs urban sprawl.

Etobicoke has some of the most beautiful parks in the GTA, many of which are nestled within the ravines and valleys that are so distinct to Toronto's natural geography. Hiking trails and sports fields punctuate beautiful lush green spaces that are home to a number of community events, festivals and amenities meaning that nature is never far away.

From the BMX course and conservatory in Centennial Park to the picnic tables and shady bird sanctuary in Colonel Sam Smith Park, Etobicoke has everything a family looking to spend a hot summer afternoon could ever want. Immerse yourself in the natural beauty of Humber Arboretum, take a stroll and take in the beautiful curated gardens, or walk along the Humber River at Humber Bay Park East, just a few kilometres from the city's Financial District.

Etobicoke is well connected to the many roads and highways that make up the GTA's primary transportation system. A simple grid street layout makes access to Highways easy, whether is the 401, Canada's largest, highest traffic highway with access to the northbound Highway 400 in the north, or the Gardiner, which is immediately to the southern border of the IQ development. The Gardiner and the Queensway both take residents straight downtown, providing two easy paths into the core, and making commutes a breeze.

Family run for over 65 years, Remington has built thousands of new homes across the GTA, and is currently led by the brother Rudolph Bratty and Jerry Bratter - two very respected entrepreneurs in the Toronto Real Estate scene. Together this generational company strives to build it’s projects based on hard work, state-of-the-art modernism and old-fashioned ingenuity, trying to make sure every project has some uniqueness and connection to the community in which it is built.

Now might be one of the best times in the borough's history to invest in condos in the Etobicoke area, especially in master-planned communities like the ambitious IQ project.