JAC Condos are an exciting new condominium project full of personality and oozing with style. At Jarvis and Carlton, JAC is looking to disrupt the typical condominium lifestyle, offering "never-before-imagined" amenities, and setting a new bar for lifestyle condos in the downtown core. If you think you know condos in Toronto, you don't know JAC. JAC Condo features residential towers with apparent heights of 34 storeys with a total of 458 Units. The Architect is Turner Fleischer Architects. Price From the $400's. 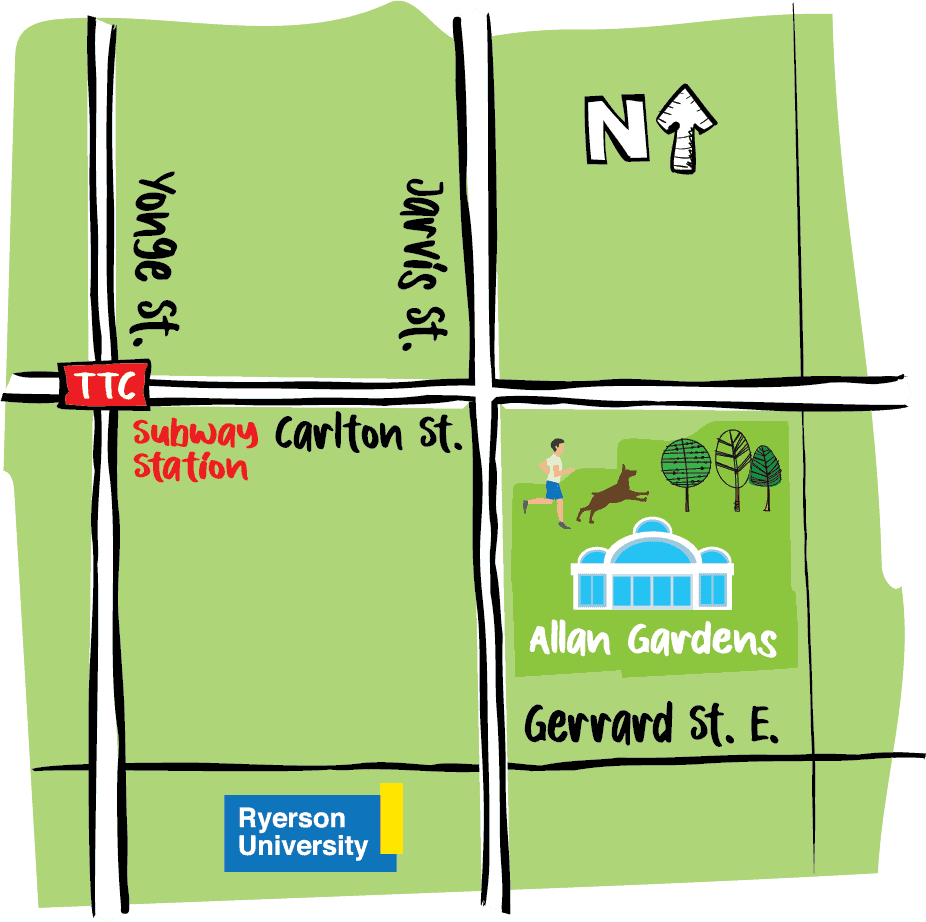 JAC Condos At Jarvis And Carlton

Jac is a completely new kind of condominium lifestyle with tons of personality. Iconic on the outside, incredible on the inside. A vivid lifestyle, offering never before imagined amenities that will redefine authentic downtown living.

Jac Condos stands a few minutes away from:

Jac is a location…actually, it’s more of a destination. Jarvis and Carlton to be exact. An expressive, vibrant neighbourhood and community that revels in the eclectic, reveres inclusivity in diversity. Relying on its people to inspire and evolve its scene. Art, fashion and food define the neighbourhood with a nod to nature.

TOP 5 Reasons to Invest in JAC 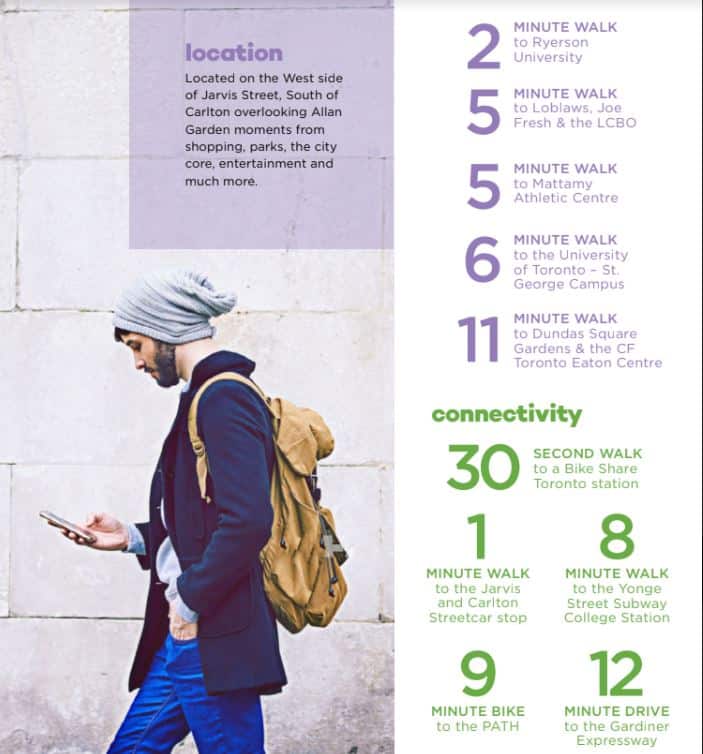 JAC is located in the Garden District, a sector of the downtown core known for it's bustling city lifestyle. Just on the east side of Yonge, the Garden District envelopes most of the Ryerson University campus, Massey Hall, and countless shops, restaurants and attractions. Spend the afternoon getting inspired at the Art Gallery of Ontario, just a short walk away, or take in a movie at the charming Carlton Cinema. 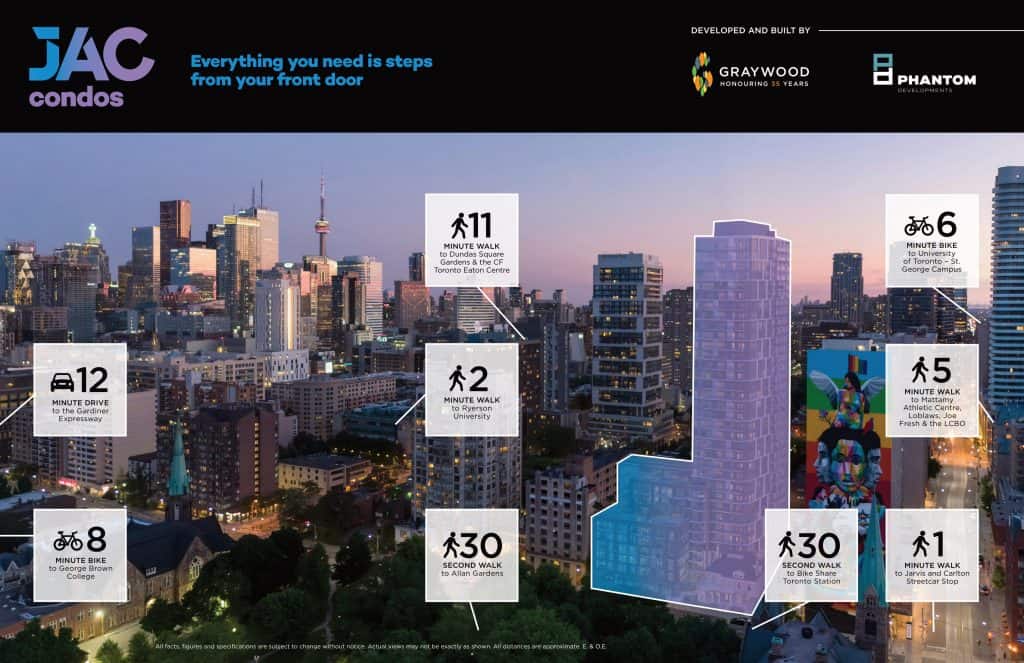 Greenspaces are abound in the area like the spectacular Allan Gardens just across the street from JAC – a historic green space with decades of history in the city, complete with off-leash dog park, multiple charming pathways, and a gorgeous canopy of trees. Other parks like Moss Park are nearby, and with unique neighbourhoods like Church & Wellesley and Cabbagetown just a short walk away, there's always something fun or interesting going on nearby.

Rising 34 storeys, JAC will be an impressive combination of modern, sky-scraping condo, and grounded, unimposing, stylish architecture. The original facade of the heritage home that has occupied the space will be preserved, and the rest of the building will grow upwards from that foundation, making for a charming example of old-meets-new. 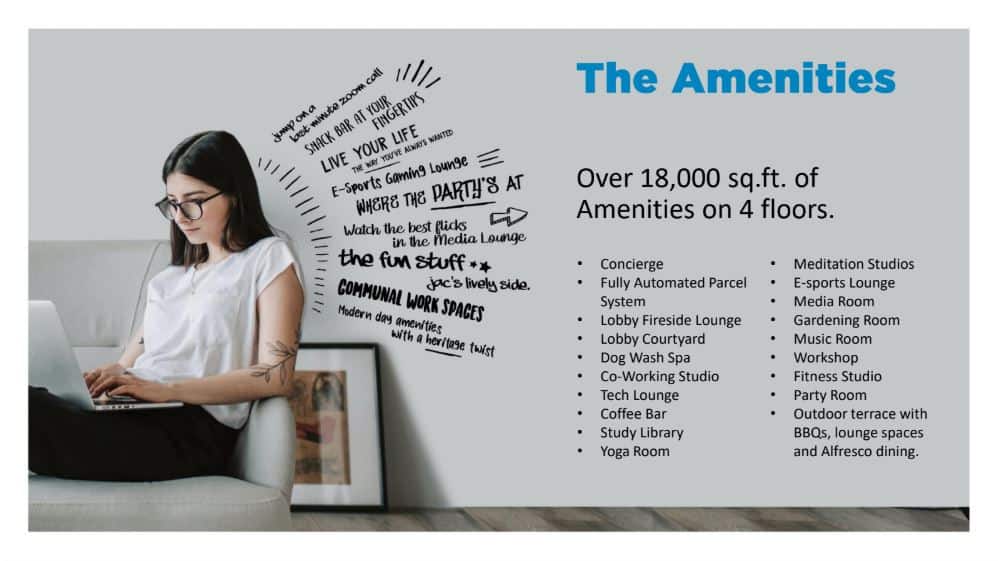 The first ten floors will form a stepped-back podium from the street level which will help the street retain it's character, and make space for amenities for residents easy-to-access. Though a full amenities list has not yet been provided, JAC developers Phantom Developments promises a new paradigm in amenities. On the ground level, retail space will provide restaurants, shopping, groceries and other services.

JAC is located in a singularly convenient crossroads in Toronto. You can hop onto the subway in five minutes from your front door to just about anywhere in the city, but for most needs and desires, you need look no further than the Garden District. Easy commutes to Ryerson University and George Brown College St. James Campus, makes JAC a perfect place for students to settle in. And easy walks to shopping malls, supermarkets and even St. Michael's Hospital mean that everything is conveniently located - you'll probably be able to see it from your window! 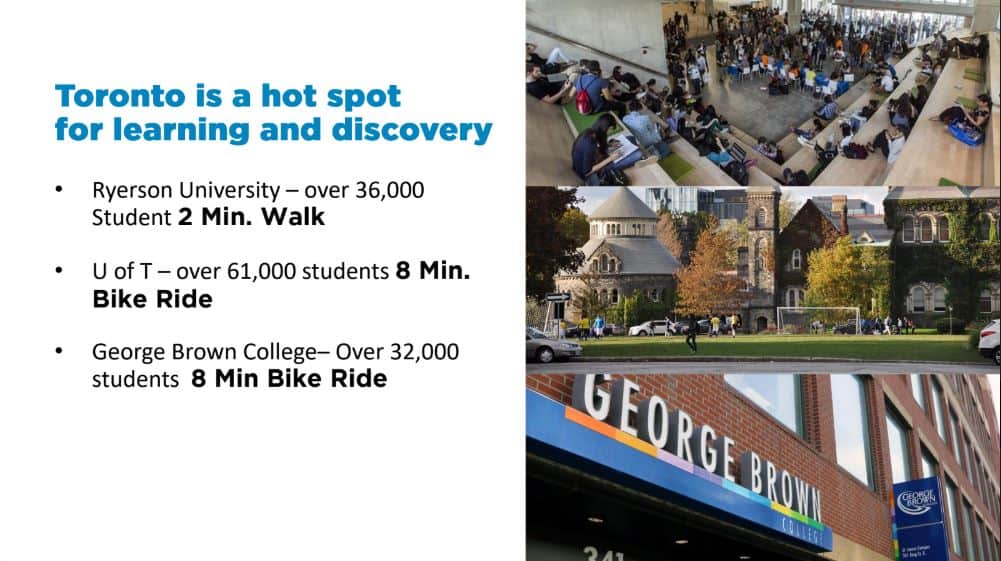 JAC's walk score of 99/100 is essentially a perfect score. The Church-Yonge corridor of Toronto only continues to develop and boom as new projects like JAC bring more energy, more demand, and more supply to the already convenient central urban lifestyle.

Phantom Developments has played an important role in condo development in the GTA over the past decade. With experience in the residential, commercial and industrial real-estate world, Phantom has been involved in community building since the 1990s with it's projects in the Bathurst Street and Sheppard Avenue West neighbourhood, and more recently in areas like North York, Etobicoke, and now the Garden District in downtown Toronto.

Phantom Developments has compiled an impressive portfolio of projects, and continues to uphold it's commitment to superior design, innovative, contextual architecture, and refined character. 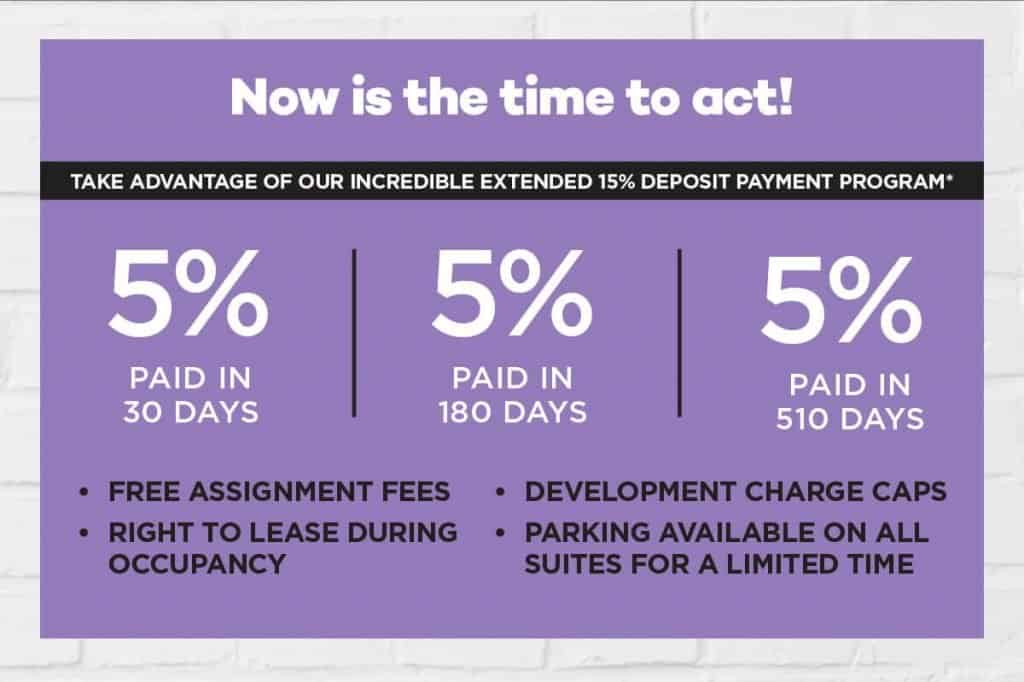