Artsy Condos is a new reconstruction condo development joining the award winning Regent Park in Toronto's East End. It is developed by Daniels with various unit sizes from Studio to 3 Bedroom units. 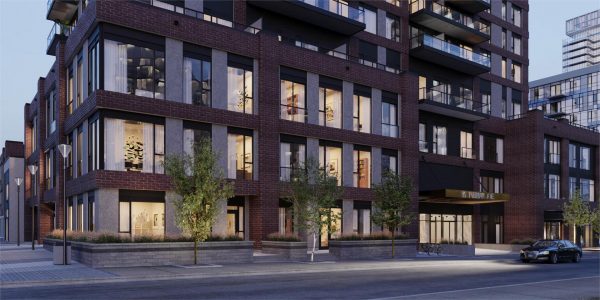 Regent Park is a trendy, exciting neighbourhood just east of the downtown Toronto core. With Cabbagetown to the north and west, Corktown to the south, and the Don Valley to the east, Regent Park is perfectly situated for families and young professionals looking for a stylish lifestyle in the heart of the city.

Over the past ten years, Regent Park has become a hot spot for revitalization and redevelopment. Old unused spaces make way for mixed-use towers with exciting retail and offices on ground floors and spacious, stylish apartments and condos above. With Farmer's Markets in the summer, and parks with soccer fields, and community gardens, Regent Park is a master-class in the way that urban development can mix existing structures with new development, all while maintaining character and a sense of community.

The Artsy will be a 42-metre-high tower in the heart of Regent Park, containing 110 units. From the fifth floor on, suites will have balconies for residents to spend warm summer nights taking in the beautiful views. Suites themselves are being designed with modern aesthetics, big windows, efficiently designed kitchens and large, livable common spaces. 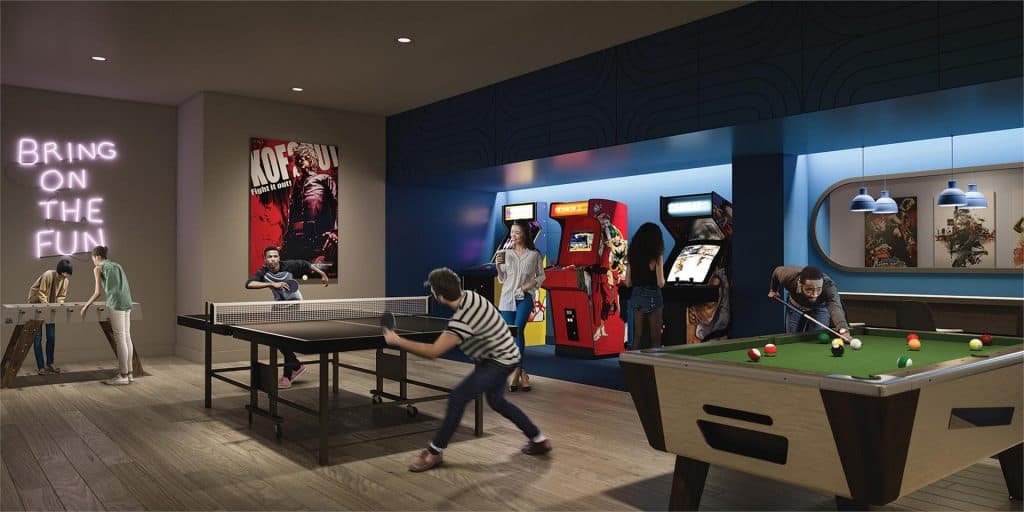 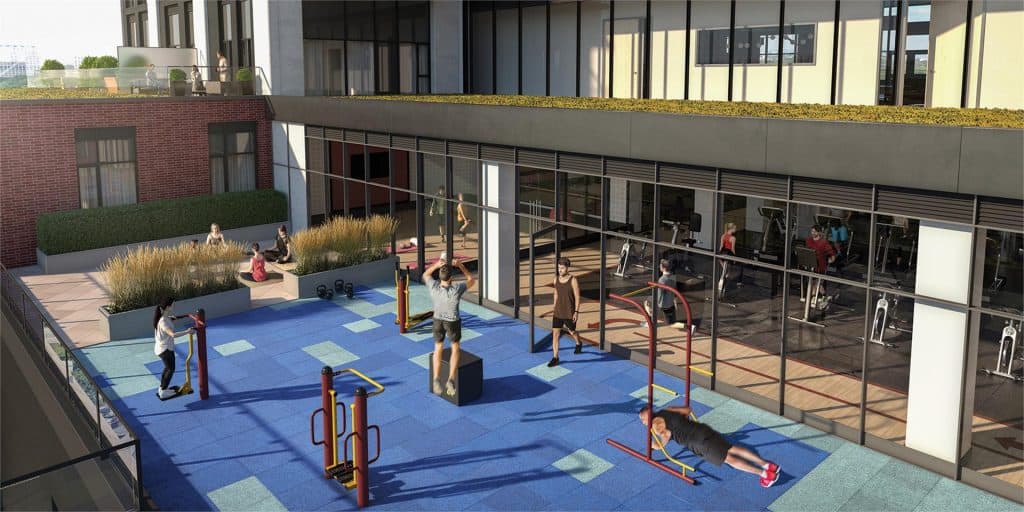 With ground-level retail space lining the sidewalks of River St. residents won't have to look far for shopping and restaurants within the area.

The bold brick exterior is a through-line for the entire development, both towers feature that stylish modern facade, which evokes the neighbourhood of Regent Park, and respects it's historic architectural identity. This design ethic culminates with the rooftop patio atop the retail podium, which will be the perfect place for residents to sun-bathe, host a get-together in a luxurious outdoor environment.

Downstairs, a three-level underground parking garage will be shared with the sister building, the 33-storey Artworks Tower, and will contain 355 vehicle parking stalls. 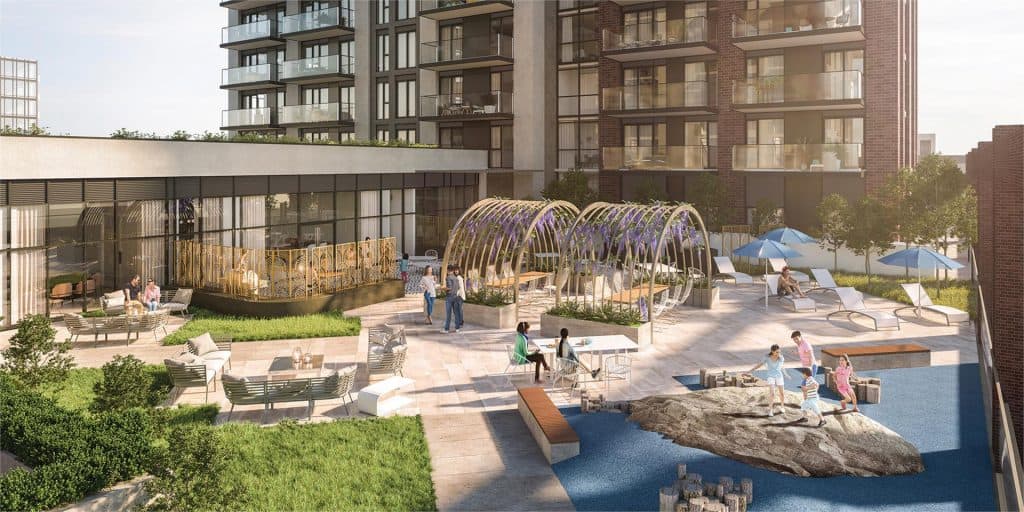 Regent Park, and the Artsy itself hold the excellent walk score of 87, and the neighbourhood is well connected with the rest of the downtown, as well as the east end of the city. From your front door, take the Dundas Streetcar west further into the downtown to connect to the TTC Subway lines, or east out to East Chinatown, Leslieville and the Beaches. Other nearby Streetcase are the 506 Carlton and the 501 Queen, providing a wealth of choice for streetcar commutes.

Just to the east of Regent Park is the Don Valley Parkway, one of the most travelled highways in the city, nestled within the City's distinctive ravine system.  The "DVP" connects with most of Toronto's major highways like the 401, the 400, and the 404 which tie together and go their separate ways across the GTA, reaching the eastern region of Durham and beyond to communities like Kingston, and Peterborough, further west with Peel Region and Halton, as well as Hamilton and the rest of Southern Ontario, and also up north to Barrie and the "cottage country" of the Muskoka region.

Residents looking to reduce their carbon footprint and get a little exercise, will be happy to know that the Regent Park and the rest of the East End has perhaps the most impressive bike path infrastructure in the entire city. Taking advantage of the city's distinctive ravines, bike paths twist throughout the city under a gorgeous canopy of trees. 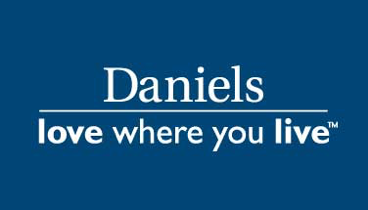 Founded with a strong sense of social ethics, Daniels has been instrumental in developing rental housing in Toronto that offers incentives and structure to assist people in eventually becoming homeowners. Partly due to this social service, they have been trusted by Toronto Community Housing to play a major role in the revitalization of the Regent Park area, and the results so far have been nothing short of spectacular - an impressive diversity of homes and demographics has brought about within the area, and it only seems to keep growing!

Recent projects include NY Place in the Bayview Village in North York, One Park West, nearby in Regent Park, and Festival Tower, a striking high-rise in the Entertainment District. Integrity ingenuity and vision are the keys to their success, and with every new project, The Daniels Corporation continues to show why it's a leader in the GTA. 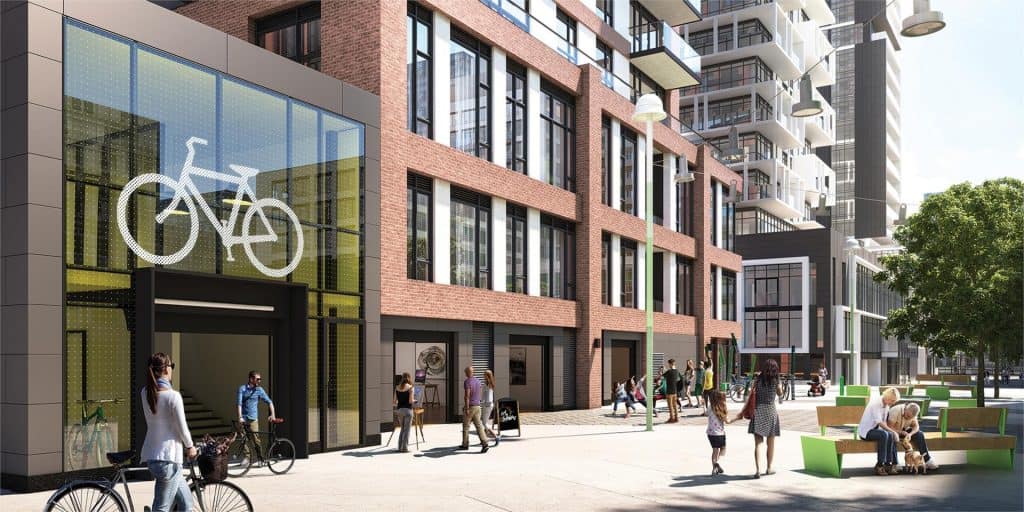 Regent Park continues to rise above the rest when it comes to well-built, revitalized neighbourhoods in Toronto. Award after award is handed out for the projects in this area, so it's easy to see why prospective buyers are still looking for new exciting projects.

Daniels' Gradual Deposit Payment Plan
$5,000 with Agreement
Balance to 5% in 30 Days
$1,000 per month until you reach 10% of the purchase price commencing in 120 days
10% Deposit Must Be Paid by Occupancy Date