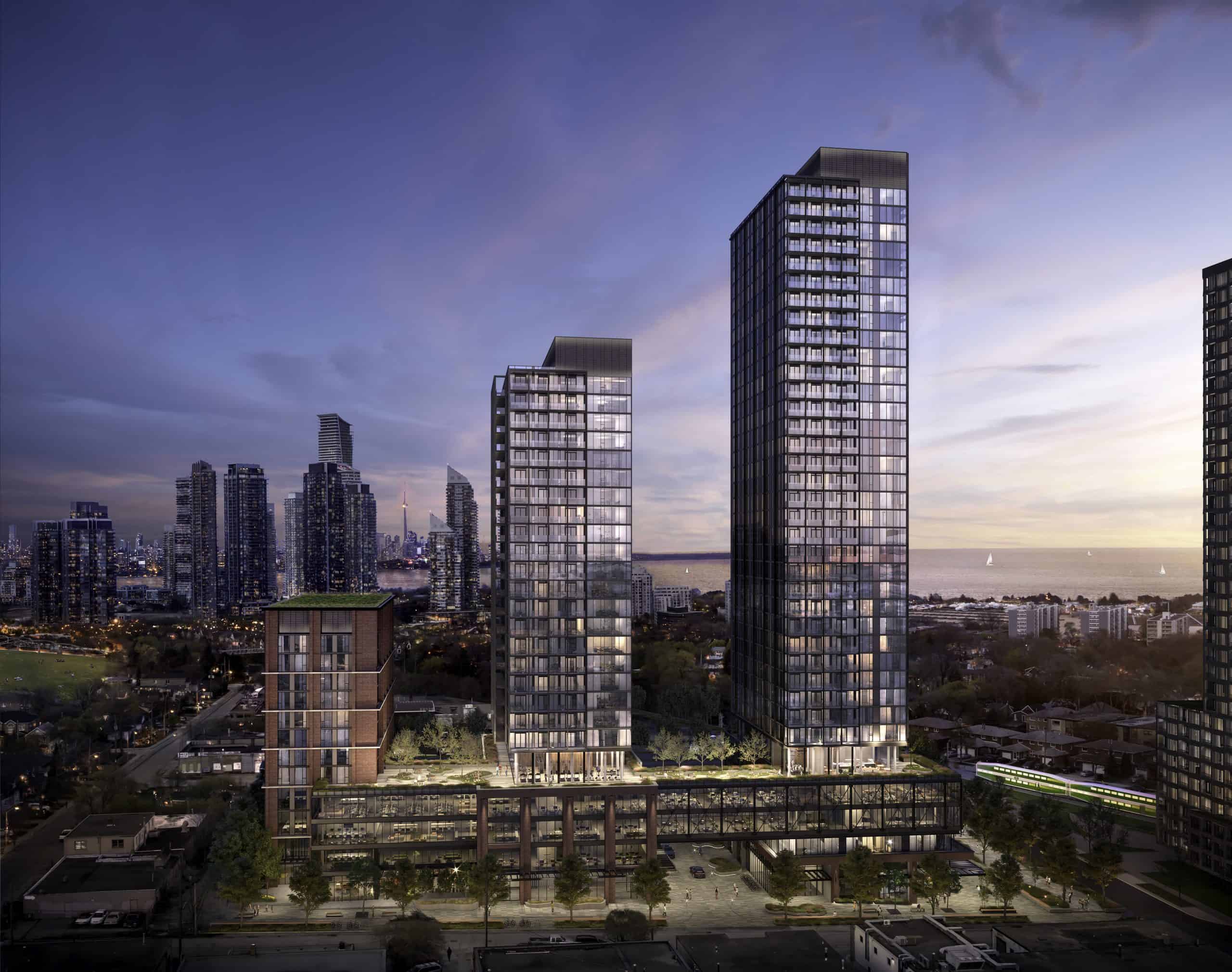 The first phase in Grand Central Mimico's master-planned community, The Buckingham, will rise 39 storeys, while comprising of a total of 724 units. These units will be varied in size, such as units ranging from one-bedroom, two-bedroom, and three-bedroom layouts.

Grand Central Mimico Condos, The Buckingham, is designed by Kohn Architects and SvN Architects, as well as the prolific Figure3 interior design firm. Each tower features a modern and angular appearance, altogether creating a contemporary look. This includes large floor-to-ceiling windows, as well as many luxurious touches.

The shared podium will also feature a large underground parking area with a total of 555 parking spaces. Parking is designated for residents, as well as for the retail, office, and commercial space. 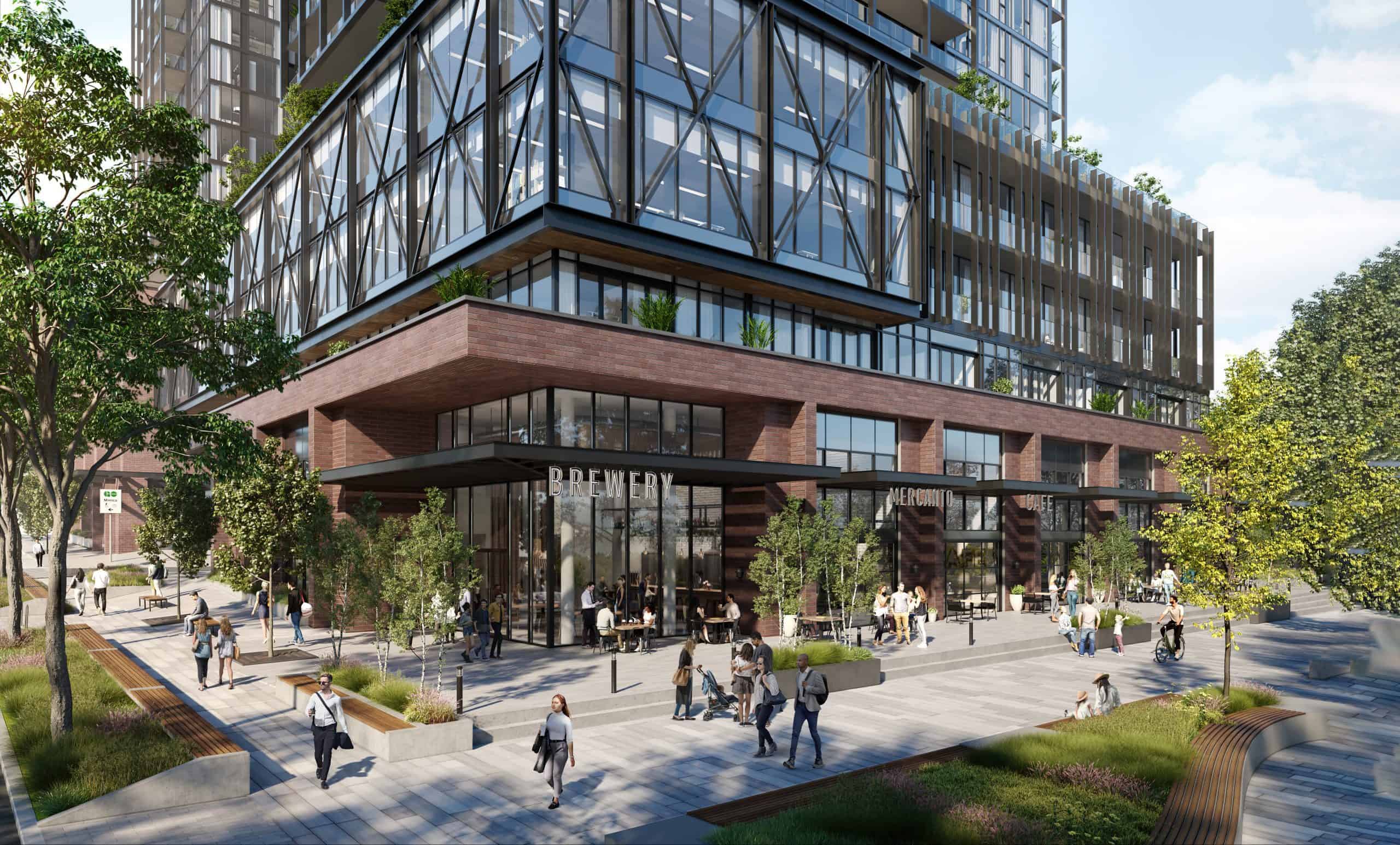 Highlights at The Buckingham

Top 5 Reasons to Invest in Real Estate in Etobicoke, Toronto

Firstly, Mimico is the gateway to Toronto’s west-end waterfront neighbourhoods in Etobicoke. This charming neighbourhood is known for its excellent recreational facilities and towering condominiums, especially the scenic lakefront parks, according to Urban Toronto’s Development Guide.

Etobicoke is well connected to the GTA’s primary transportation grid, which consists of many roads and highways. This simple grid street layout makes access to Highways easy. One of the most exciting features of Grand Central Mimico’s location is due to a partnership with Metrolinx. Finally, this will provide direct access to the Mimico GO Station.

Buyers looking to commute into the city won’t find many new homes with such a convenient connection to the GO Train. 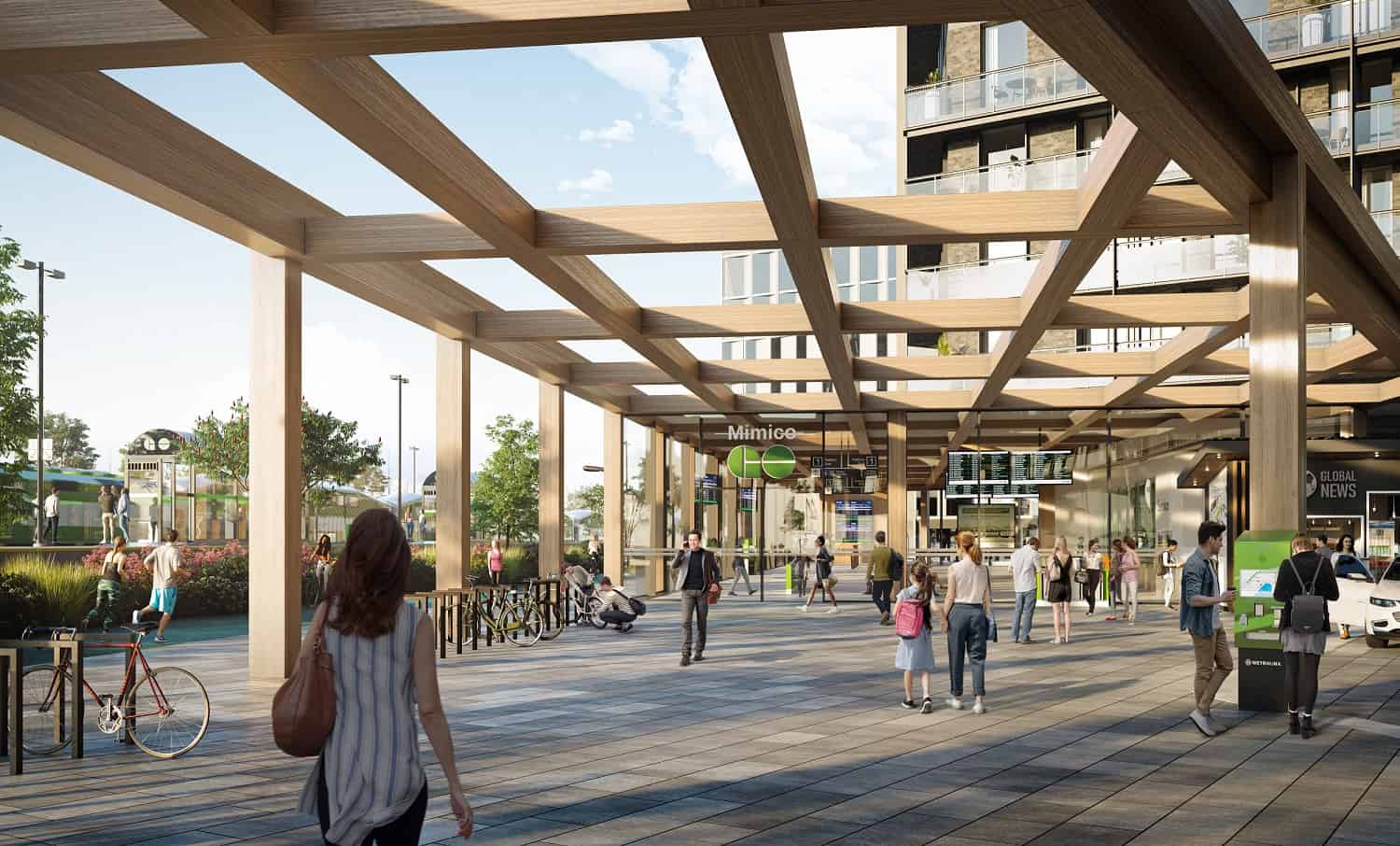 VANDYK has been a trusted developer throughout Southern Ontario for over 35 years. With a diverse portfolio, including High-Rise condominiums, townhomes and more, they have established a reputation for building quality homes in the GTA and throughout North America.

Having started in high-rise luxury condo developments, and now has expanded more recently into the development of master-planned communities and townhomes. And by adhering to their principles and thinking outside the box, VANDYK will continue to raise the bar with every project they take on.

There are currently plans in the development to extend the GO Train system. Residents will expect an extended 15-minute, all-day service, while increasing the convenience of this commuter rail system. More and more residents are going to see Mimico as a convenient place just outside the hustle and bustle of the city. This means now is an excellent time to invest in this area, as real estate properties in the area is set for appreciation.

Mimico is an epicentre of retail, offices, and restaurants in addition to bringing hundreds of new residential units to an exciting neighbourhood.

Etobicoke is a green, family-oriented suburban area, especially for those looking to live just outside the hustle and bustle of the downtown core. However, a new influx of other residents is beginning to shift the demographics of the area. Younger residents are increasingly finding the Etobicoke way of life to be very attractive, while moving into the area in droves. Companies in the technology sector are opting to locate their headquarters and offices in the city, while repurposing old factory buildings and breathing new life into older neighbourhoods. These offices and production facilities are bringing new jobs to the area, in addition, enticing young professionals to settle in the area.

Condo developments in Etobicoke are a great investment opportunity, due to the Mimico’s reputation as a growing, booming neighbourhood. It has been designated as a “regeneration area” meaning there is currently significant effort to revitalize properties and densify residential areas of Etobicoke, especially Mimico.