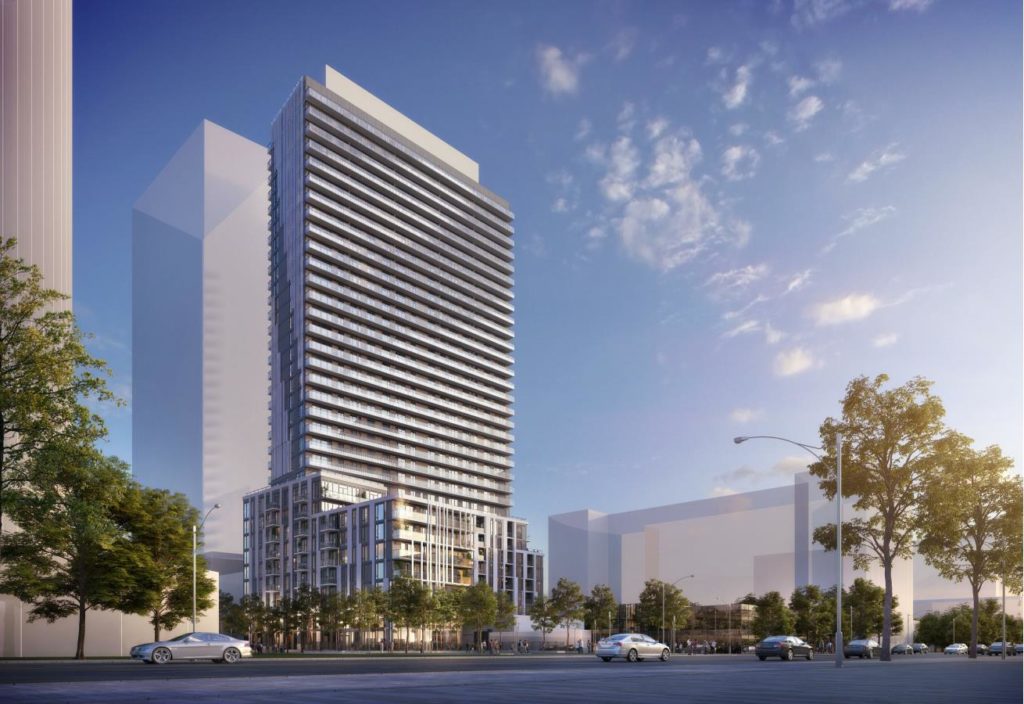 Yonge Finch Condos proposal has surfaced for a stretch of Yonge Street immediately opposite Newtonbrook Plaza at Yonge and Cummer—itself slated for a massive redevelopment—a short distance north of Finch subway station on the TTC's Line 1. The proposal aims to replace a group of existing single-storey properties at 5840, 5868, and 5870 Yonge Street with a 29-storey residential building containing 518 residential units and 374 square metres of retail and service uses located on the ground floor.

The site would also include a separate 2-storey building on the southeast portion of the site with a total area of 3,577.8 square metres that would house a Mitsubishi car dealership, the zoning for which is already in place. While the site's developer has not yet revealed to the public, the design of the structure has been tasked to Quadrangle Architects, with the car dealership component being designed by Plaston Architects.

Yonge Finch Condos tower component itself would rise 91.78 metres in height on the north side of the site, with a 6-metre mechanical penthouse level above. Typical tower floorplates from floors 14 through 29 will measure 746 square metres.

Vehicles would access the development through a vehicular entryway on Yonge Street, and enter into a 4-level below-grade parking garage containing 477 parking spaces, 524 bicycle parking spaces in the underground parking garage including 52 visitor spaces and 5 spaces for the retail uses.

Yonge Finch Condos has a Walk Score of 87 out of 100. Transit Score if 100 out of 100. This location is in the Newtonbrook West neighbourhood in Toronto. Nearby parks include Silverview Park, Finch Parkette and Northtown Park.