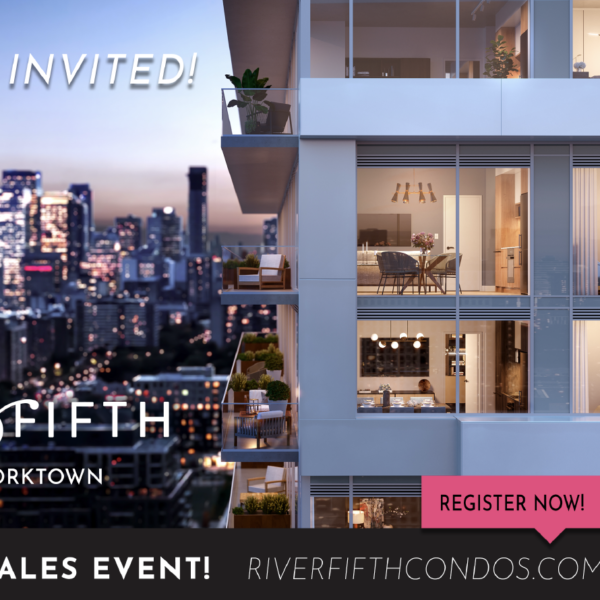 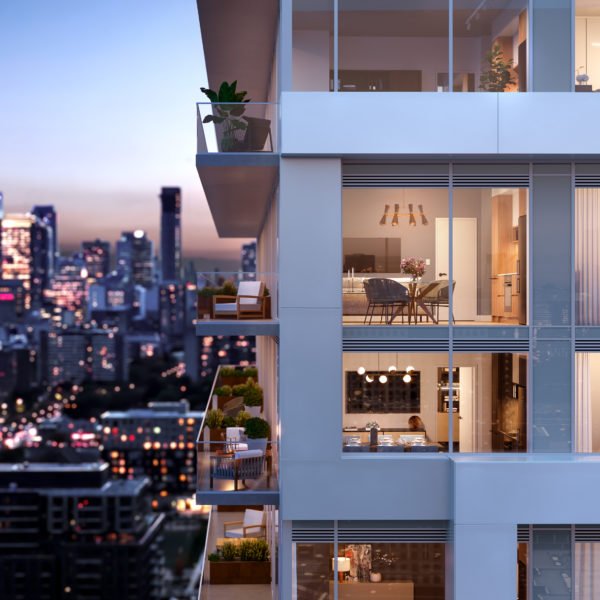 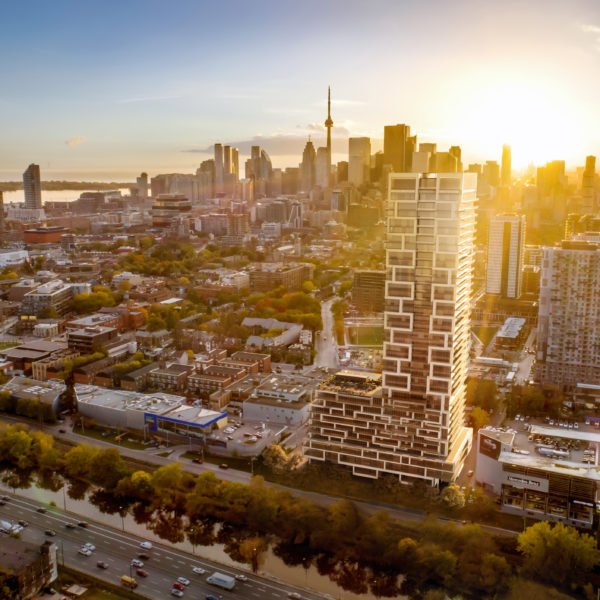 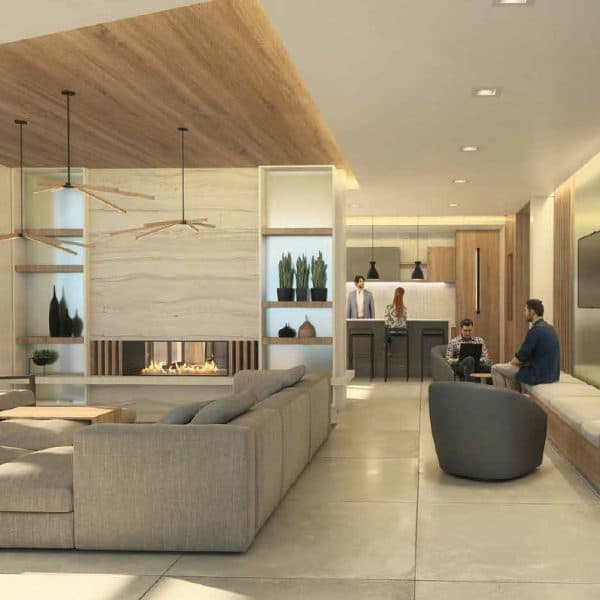 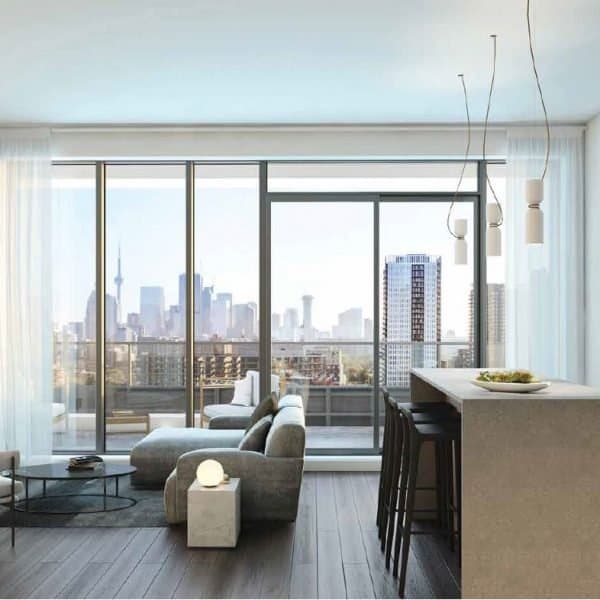 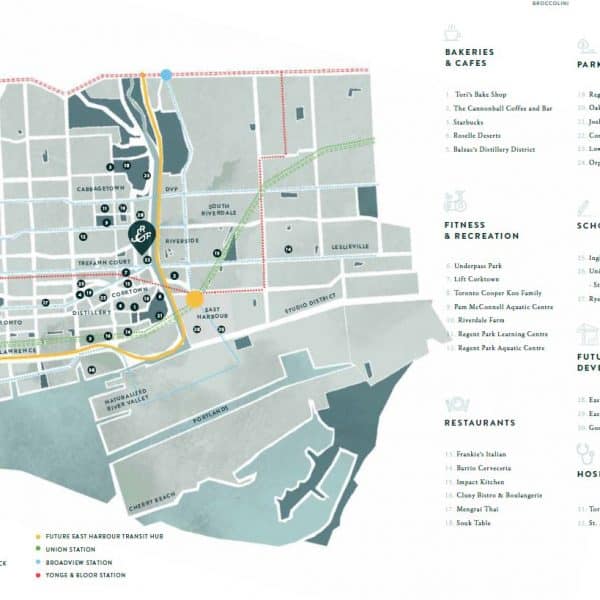 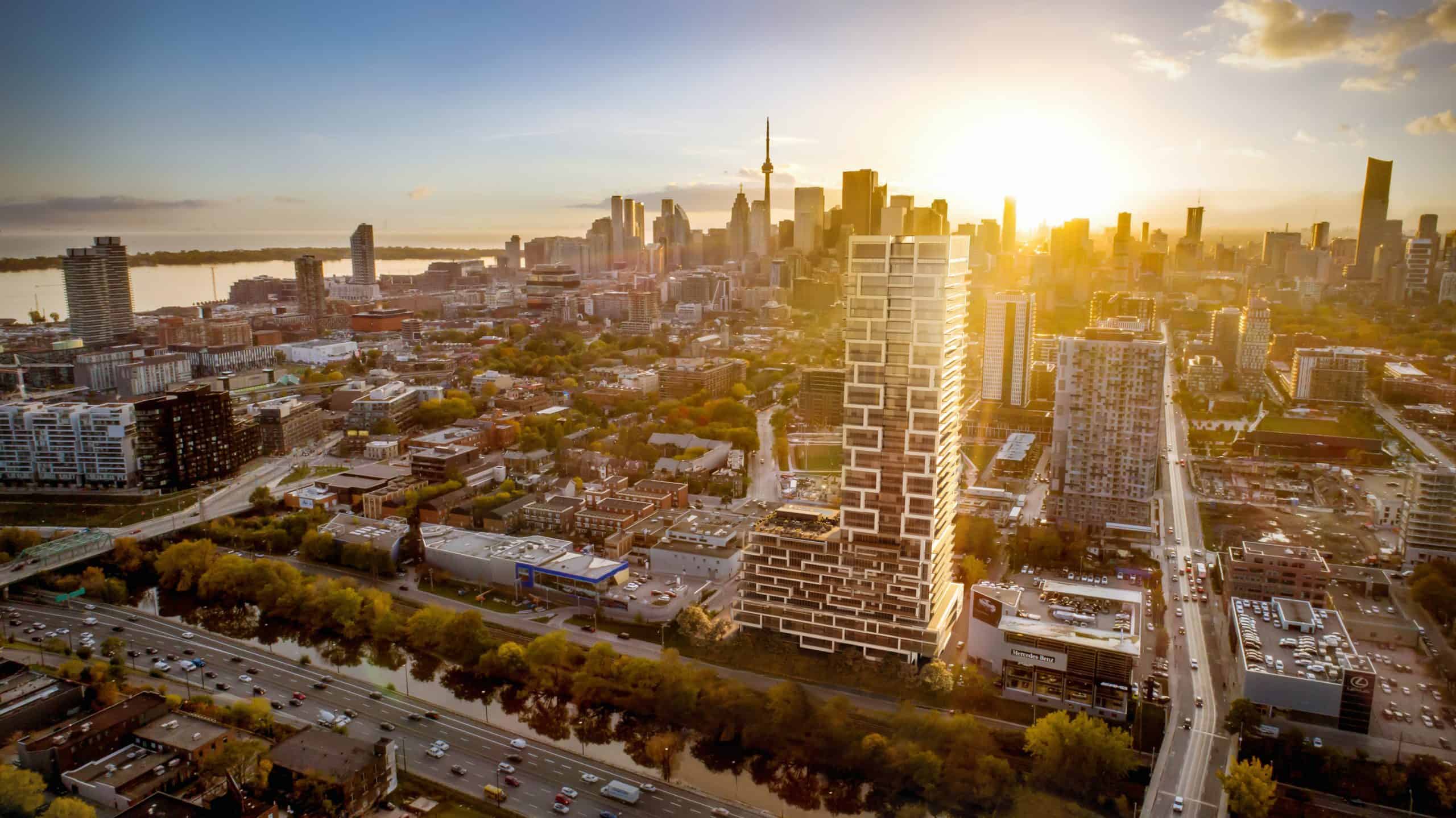 36-storey condominium tower designed by Graziani + Corazza Architects for Marlin Spring Developments atop the west bank of the Don River on Defries Street between Queen and Dundas Streets in Toronto. 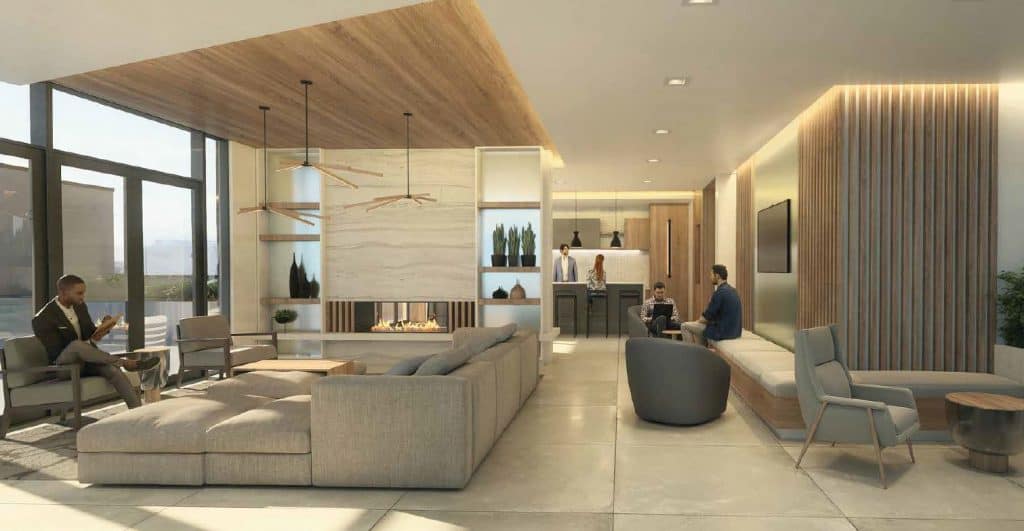 River & Fifth’s amenities will include party rooms adjacent to an outdoor pool, a large gym, yoga studios, steam rooms and co-working space. River & Fifth is just east of the downtown core and west of the Don River near the Don Valley. It offers easy access to both urban and natural environments. 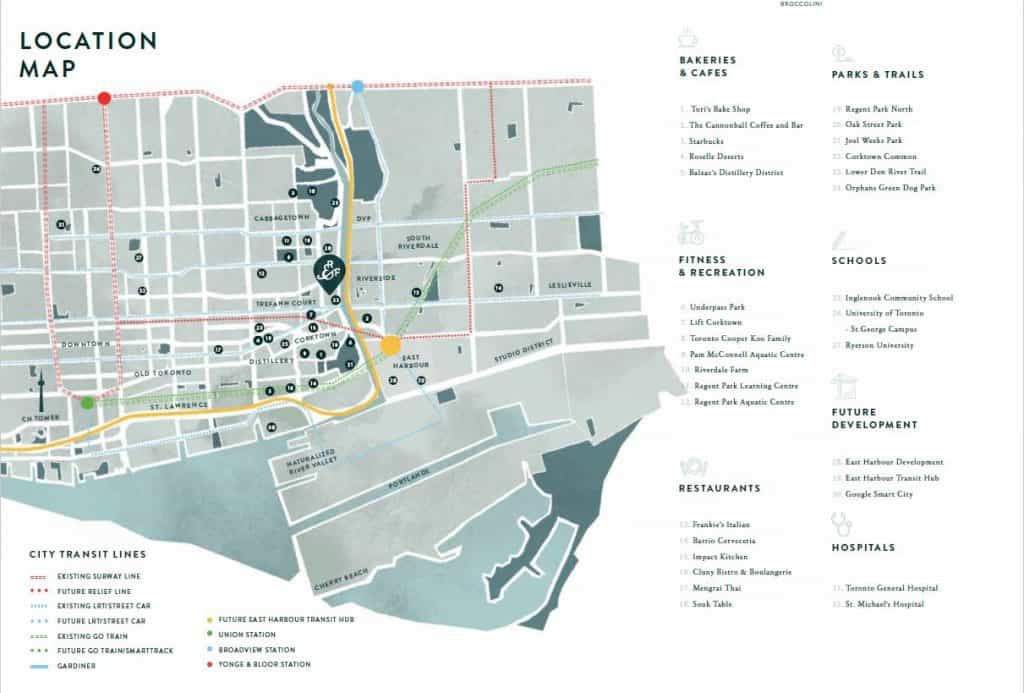 River Fifth Condos has a Walk Score of 82 out of 100. the Transit Score of 100 out of 100. This location is in the Regent Park neighbourhood in Toronto. Nearby parks include Oak Street Park, Sumach-Shuter Parkette and Thompson Street Parkette.

Broccolini’s history Broccolini is celebrating its 70th year in business in 2019. The company began when founder Donato Broccolini built single-family home in Montreal. It grew over the years, shifting its focus to industrial and commercial construction in the late 1970s. Donato’s sons — John, Joseph and Paul — got involved in the 1980s, and the company began purchasing sites for its own development projects. Anthony is part of the third generation of Broccolini who have helped grow the company to about 330 employees. It has expanded from its Montreal base into Ottawa in 2004 and the Greater Toronto Area (GTA) in 2009.

The company has built almost 2.5 million square feet of office space in Ottawa for tenants including the federal government and Telus. Broccolini began building a 1.02-million-square-foot distribution facility for Amazon in Ottawa in 2018.