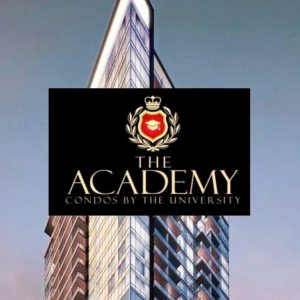 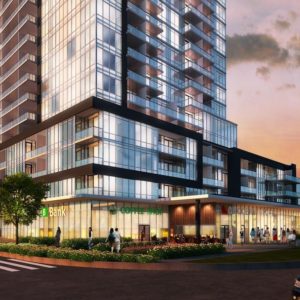 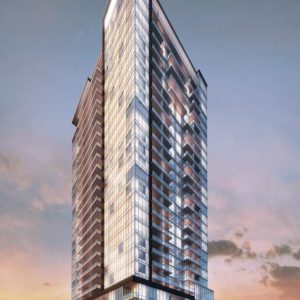 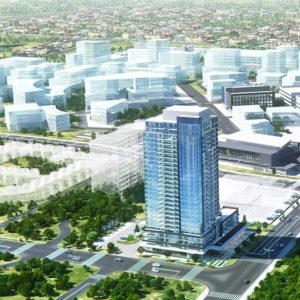 The Academy Condos Close to Toronto Scarborough Campus (UTSC),High demand area ! High return on investment ! Graduate to a golden investment.
Included all furniture!
3 Years Leasing Guarantee
The Academy Condos is a new pre-construction condo project located at Ellesmere Road & Morningside Avenue in Toronto, will be developed by LeMine Investments Group and Devron Developments.
This new condo project has 26 storeys with a total of 339 units.

Why Choose The Academy Condos?

The University of Toronto Scarborough Campus (UTSC) is attracting widespread media attention, as the $248 million Toronto Pan Am Sports Centre (formerly the Aquatic Centre and Field House) at Morningside and Military Trail will open this fall to students and the public, and will be used for the Pan Am/ Para Pan American Games next summer. This facility is the largest investment in Canadian amateur sport, and serves as a solid anchor for the area revitalization taking place.
The Academy Condominiums will offer much needed and value-packed suites for those who wish to live close to the University and the other neighbourhood amenities such as grocery stores, big-box shopping, Morningside National Park and Rouge Valley Centenary Hospital. The Academy will also appeal to investors, who can be confident of finding tenants in light of the housing shortage at UTSC. Enrolment is approaching 12,000 and is expected to increase by 5,000 during the next two decades, yet the onsite student residence includes just 765 beds, which are available only to first-year students.
In addition to the demand for additional housing being strong, so, too is the appeal of UTSC. It is the only U of T campus that offers a co-op program and well-respected business program. As part of the campus expansion, a massive instructional centre opened in 2011 to house the Management and Computer and Mathematical Sciences programs, the Co-op program, lecture halls and restaurants, and a $65 million Environmental Science and Chemistry building in under construction to be completed in 2015. As a result, UTSC is attracting a substantial number of international students who need close by, quiet and clean accommodations. With tuitions of $40,000+ per year, these students desire apartments within the “golden triangle” of Ellesmere/Military Trail/Conlins Avenue. As it is now, many students commute from other locations across the Greater Toronto Area.
Recognizing this dilemma, Lemine and Devron selected a strategic property only minutes from UTSC for The Academy. The building will rise to 26 storeys and include 339 suites – an ideal scenario for students, staff and faculty members at UTSC, as well as staff at Centenary Hospital. Taking yet another a proactive role in the area’s revitalization, Lemine is collaborating with the UTSC Co-op office to employ students who are working through their educational programs.