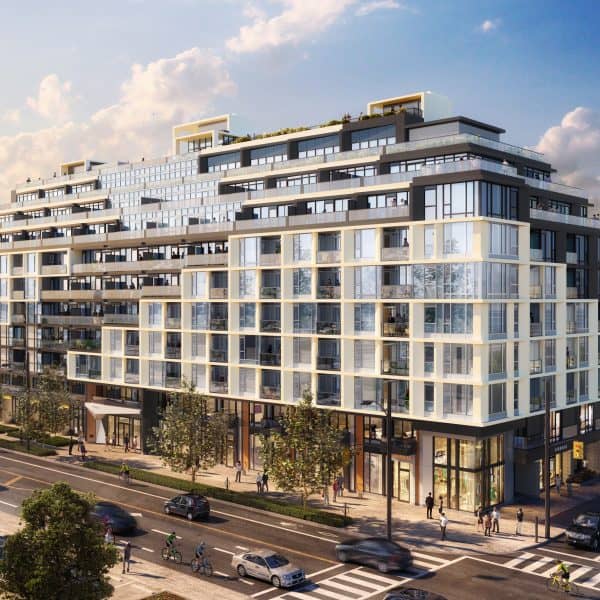 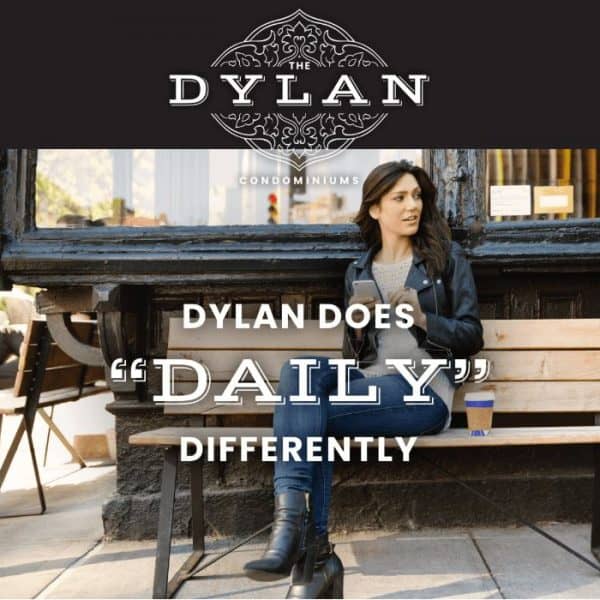 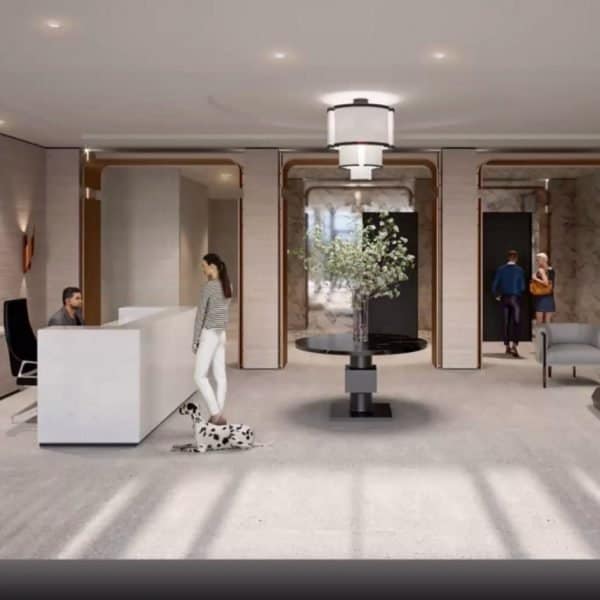 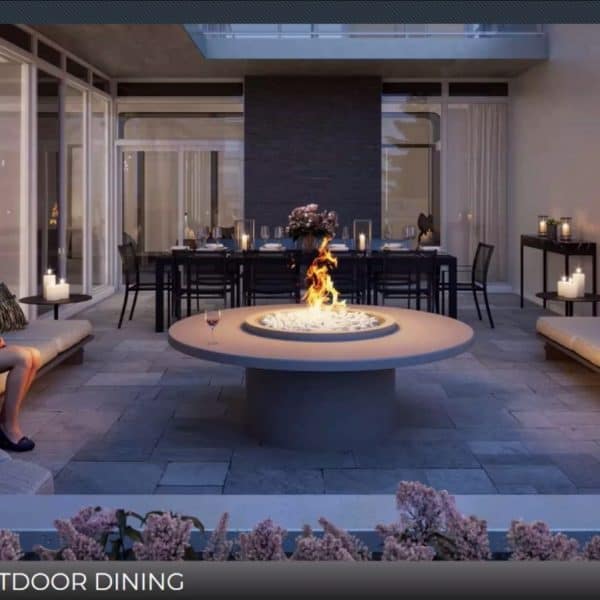 The Dylan condos is a new development by Chestnut Hill in North York. This mixed-use, pre-construction project will rise 10 storeys at 831 Glencairn Ave, near Hillmount Avenue, and will include residential space as well as a number of high-quality retail spaces on the ground floor.

A welcome addition to the condo landscape in North York, The Dylan is another golden investment opportunity from Chestnut Hill Development. 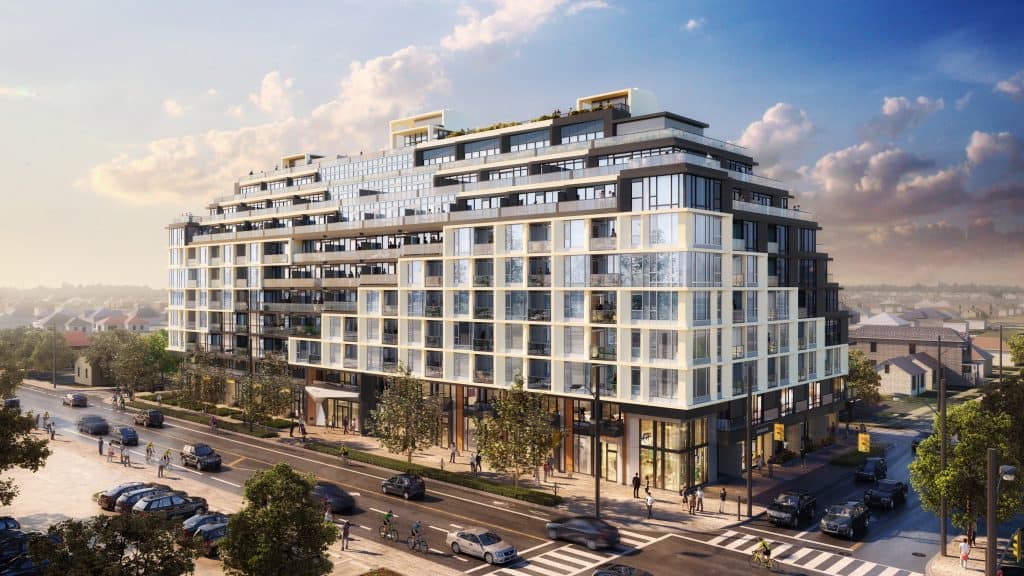 Scan a QR Code and book an appointment with our sales representatives for more detail!

Living at The Dylan Condos is different, it’s a unique lifestyle that celebrates the individual. It’s an urban community inspired by stunning design, enviable suites and deluxe amenities. Completely authentic and the ideal place to express yourself.

This new project contains a total of 218 units and the majority of them is comprised of 167 one-bedroom with 45 two-bedroom and 12 three-bedroom units.

Top 5 Reasons to Invest in The Dylan Condos

Between Glencairn Ave and Hillmount Avenue, Dylan Condos will be in a perfect location for a diverse group of buyers. Just minutes from the Glencairn TTC Subway Station, as well as the Yorkdale Shopping Mall, as well as York University and a number of business parks and office buildings, The Dylan will be an attractive place for young professionals, students, and families alike.

Being so close to the TTC makes it an ideal spot for York University (or even Ryerson and UofT students) to commute to school in minutes, and for young families, the appeal of a downtown hustle and bustle, and a slower more suburban lifestyle find a happy medium in North York. 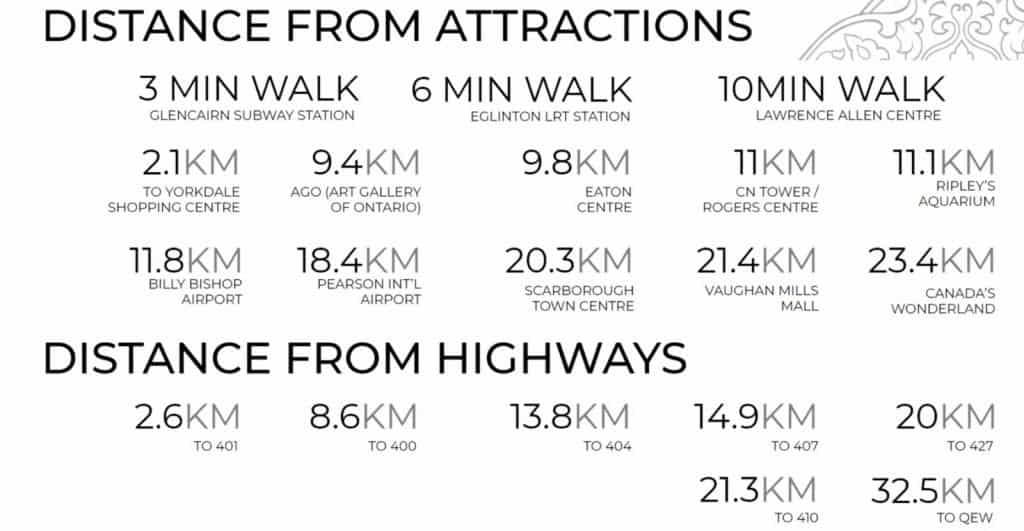 Families have the choice of plenty of nearby schools like Glen Park Public School, and Damian Catholic School, as well as dozens of nearby parks and green spaces like Wenderly Park, Benner Park, and Viewmount Park & Tennis Club. Also Glen Long Community Centre nearby is home to a number of arts, fitness, sports and camp-related register programs, as well as a pool and other community amenities.

And parents and children alike can enjoy countless parks and green spaces within the region, the most notable of which is the famous Downsview Park. With a dedicated stop on the TTC, Downsview Park is a destination unto itself. Walking Trails, Orchards, even a play zone make the 240-hectare parkland a hub for the community, and a popular location for festivals, picnics, and concerts.

With Yorkdale Mall, one of the country’s largest shopping malls, just about anything you could ever need (or want to treat yourself to) is within a five-minute drive or a short summer walk. Spend your day completing your new wardrobe, or catching a movie at the theatre.

The North York Region is also home to a number of large outlets and wholesale malls and stores, meaning a great deal of the city’s best deals and access to shopping is right in your backyard! And with so many schools, and attractions nearby, the North York area is on the rise, catching attention from hungry investors.

The Dylan Condos will be an attractive project for students and young professionals. It’s excellent transit location, paired with it’s one-bedroom and two-bedroom units make for perfect apartments for roommates looking to lighten the load.

The building itself has a beautiful exterior, with modern lines and a unique silhouette thanks to Kirko Architect + Planners. It’s a wide building with a bold mix of black and white accents, blue-tinted glass and a less intrusive, stepped-back design. Setting the building back from the podium in a stepping pattern like this makes for more sunlight on the street below and for a less crowded feeling for the community around it. 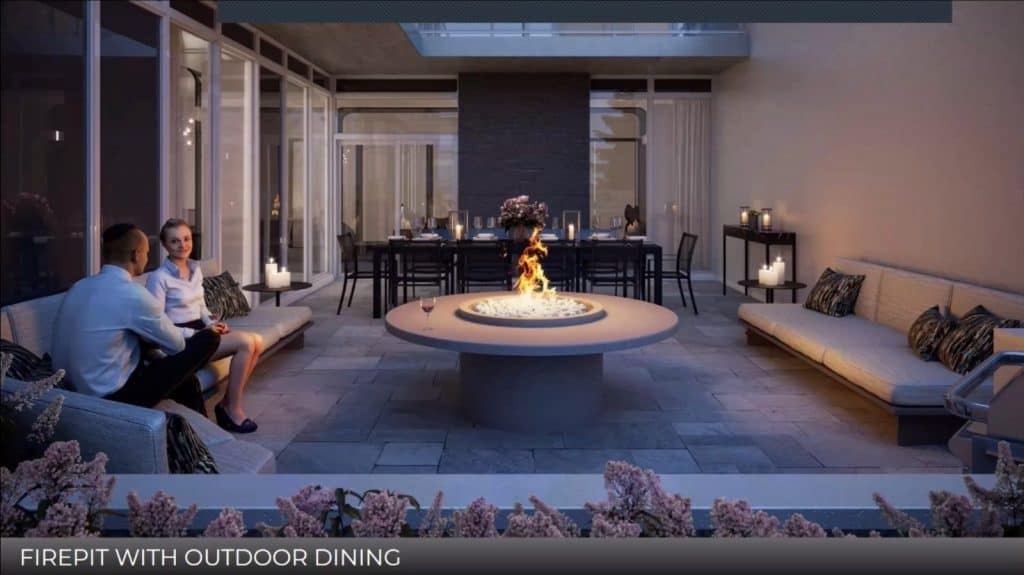 In addition, residents will enjoy the space for cars with 168 residential parking spaces, and 22 more for visitors.

Dylan Condos is in a singularly convenient part of Toronto. With a respectable 66 out of 100 Walk Score, many amenities and resources are within a short walking distance. Meanwhile, The Dylan scores much higher in Transit Score with a very solid 84 out of 100. This is in large part due to it’s connection to the TTC merely down the street, residents will have access to the entire city.

Head south to Union Station. From here, travellers, commuters and explorers alike have seemingly unlimited options. The UP Express Train connects Union to Lester B. Pearson International Airport in Mississauga, the GO Transit infrastructure runs commuter rail lines across the entire GTA and beyond, and VIA Rail provides inter-city transit along the Quebec-Windsor Corridor, the most populous region in all of Canada.

Or, head North to Yorkdale GO station, making travel across the GTA seamless and easy.

Further, drivers will find being so close to the Allen Expressway a convenient way to travel across, or even outside of the city.

Chestnut Hill Developments is an award-winning developer in the GTA. Known not just for their impressive portfolio of projects, Chestnut is also a leader in buyer advocacy and education. They work hard to educate new home buyers and investors to ensure that buyers are making the decisions that are right for them.

Specializing in both high and low-rise master-planned communities, Chestnut begins their process with market research in an attempt to read the neighbourhood and develop a project that works alongside community and buyers, rather than against them.

For many university students, buildings like The Dylan will be an extremely attractive property. Commutes to school, especially York University, will be convenient, and so a great number of students are expected to be looking for apartments in the area. Such a high volume of interest makes for a good investment opportunity.

40% of the neighbourhood is of working age, between 25 and 54 and the average income of this region is $60K-$80K, and the neighbourhood is on the rise. Between 2011 and 2016, the area increased in population to 14,804, which was an increase of 0.8%. The rise is only expected to continue now that infrastructure programs in the area are completing and begin to settle into people’s commutes and lives.

With hundreds of condominiums for sale, North York is one of the fastest-growing regions of Toronto and a place where growth is expected to continue for decades. Property values are steadily increasing, and new listings hold a $686 price per square foot.