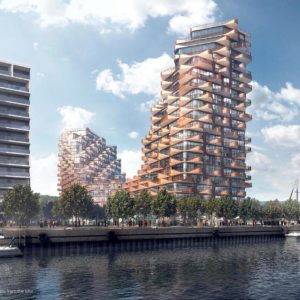 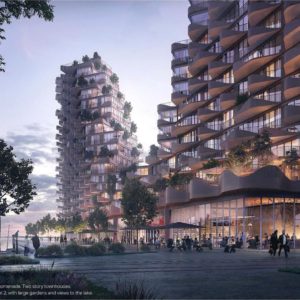 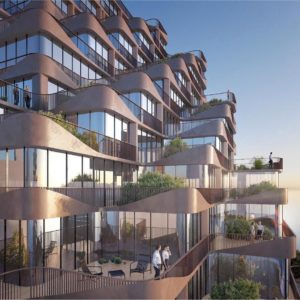 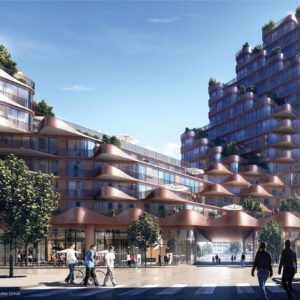 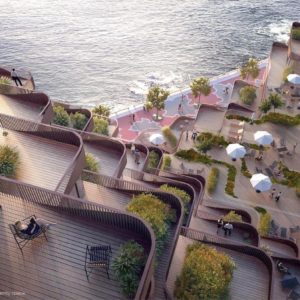 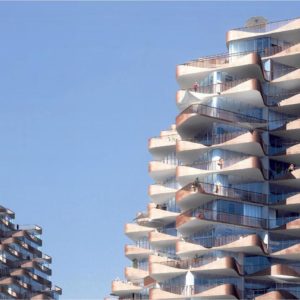 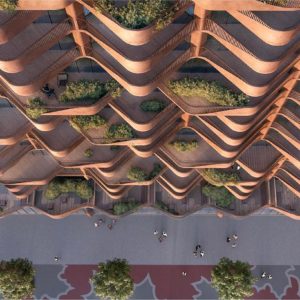 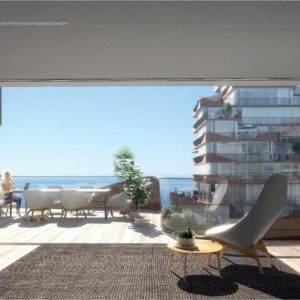 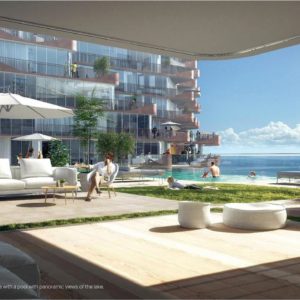 The building with peaks of 16 and 19 storeys is designed by Denmark’s 3XN architects for Tridel and Hines.

The Waves will be the furthest east building in Bayside, an area south of Queens Quay between Sherbourne Common and the Parliament Street Slip. Running up The Waves’ west side will be Merchants’ Wharf, a new U-shaped neighbourhood street connecting to Queens Quay at its two ends, while to the south and east of The Waves will be a new extension of the Waterfront Promenade, and then, well, waves: Toronto Harbour is to the south, while the Parliament Slip will become a new marina location.

The building is shaped as a block-long slab whose middle has been carved away, with the removed mass redistributed at the ends, creating two peaks. The building’s exterior is then carved at 45° angles so that all suites have views toward the lake, while balconies and terraces extend the living outdoors. As the building steps back on higher floors toward each peak, a large percentage of the suites benefit from the steps with spacious terraces. Where the terraces of the two peaks split apart, the building’s shared amenities are found, both indoor spaces such as party rooms, and an expansive deck space with outdoor swimming pool.