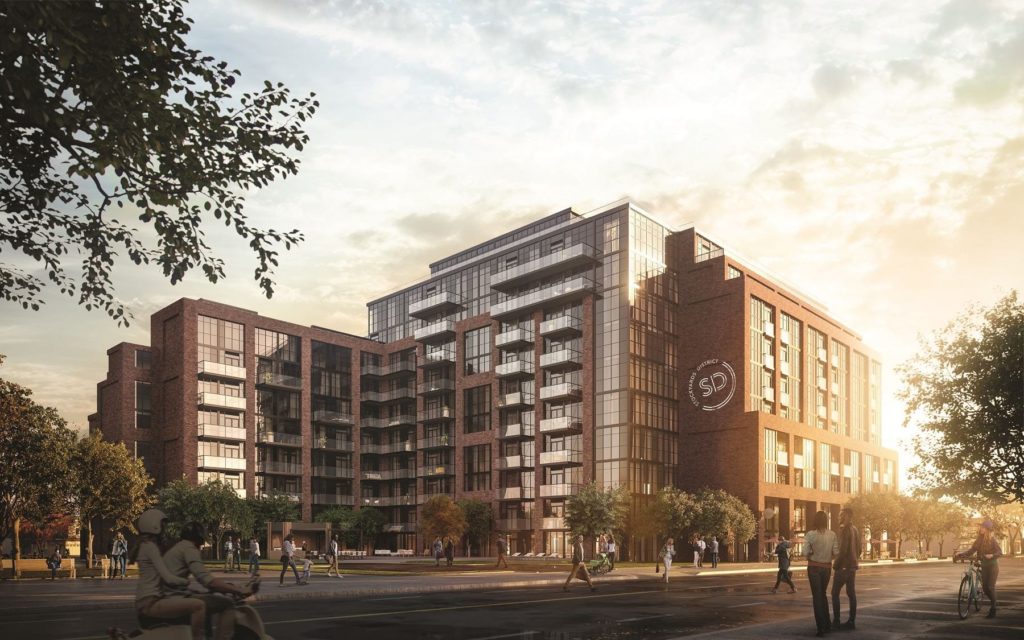 Stockyards District Residences - a brand new eleven storey condo coming to St Clair & Symes Road by Marlin Spring. The Stockyards District is one of Toronto’s best-hidden secrets located at the west end of “The Junction” and has been attracting many young professionals and families within the past couple years. With close proximity to transit, shopping, entertainment and parks. The site is located with great access to the TTC streetcar loop and proposed GO Smart Track Station located just east of the site. Big box retail surrounds the site with Stockyards Shopping Centre, Home Depot, Starbucks and Metro, all just a few minutes away. Expansive parks such as Runnymede Park and Maple Clair Park are also within walking distance. Pricing Starting From The Low $400,000s.

Stockyards District Condo has a Walk Score of 74 out of 100. Transit Score if 83 out of 100. This location is in the Junction Area neighbourhood in Toronto. Nearby parks include Malta Park, Vine Parkette and Turnberry South Park.