The West End of Toronto is one of the city’s most vibrant, popular regions. Bounded by Bathurst Street to the East, St. Clair Avenue to the North, the Humber River and Etobicoke to the West, and Lake Ontario to the South, the West End is has undergone explosive growth, gentrification and is quickly becoming one of the best places in the city to live.

Known for it’s vibrant communities, diversity and history, West Toronto is home to some of the most recognizable landmarks, and neighbourhoods in the city. Home to Little Italy, Koreatown, Roncesvalles Village, and High Park, the West End is home to a wide spread of people from all walks of life.

In the south-east corner of the West End is Liberty Village, a newly redeveloped neighbourhood of high density condos. Young professionals, new families and all sorts have made this formerly run-down area spring to life, bringing their unique perspectives and cultures and making it one of Torontos most up-and-coming areas. North of High Park, the Junction is another flourishing community, bursting with opportunity, new homes and young families looking for a small-town feel right in the urban centre of the city.

One of the easiest ways to get around in the West End is through Toronto’s robust, world class TTC Transit commission. The Line 2 Bloor-Danforth line cuts directly through the centre of the West End, with stops all along from Bathurst Station, to Christie, Duffering, Keele and many more. Connections to the north-south is simple too, with Torontos large number of idyllic and historic streetcar network. Take the subway as far east or west as you need, then take one of over 4 main streetcar routes on a leisurely and picturesque journey to the waterfront or up north to St. Clair.

Bus Routes also wind back and forth throughout the areas grid-like streets, making connections and transportation easy and reliable all across the city.

By car, the West End opens up even more, with East-West transit across the entire city by way of major streets like Bloor, Dundas, and Queen. Take Dufferin, Jane or Bathurst to and from the west end by way of the highway system in North York, just minutes away. Connections to the 401, 400, 404 and many more are simple, especially by taking

the Allen road from Eglington. From there, the entire province is at your doorstep, with just hourlong drives to cottage country, the eastern communities like Peterborough, and southern areas like the Hamilton Region and Kitchener Guelph.

The West End is also known for it’s accommodation of greener methods of transportation. Bike lanes have been under construction along many of the area’s highest traffic streets, allowing for more easy, lower carbon-footprint travel across the city – just watch out for parked cars opening their doors!

The West End is a vibrant economy with countless opportunities for workers. It’s a prime spot for commuters who work further downtown, since trips into work an take less than fifteen minutes, even on the subway and streetcars. You can’t turn a corner in the west end without coming across a neighbourhood bar, restaurant, or community amenities, all of which provide much needed work for the student population that calls the West End Home, and contributes to the pervasive feeling that the West End isn’t really a city at all, but a series of small towns all bunched together. 85% of of the city’s residents work in service-producing industries.

Like many regions in Toronto, the West End offers a wide choice of education options for new families, with Toronto District School Board making the largest and most well- known, as well as three other school boards that provide english and french education in both Catholic and secular curriculums.

The West End is also possibly the most convenient location in the entire GTA for it’s access to post-Secondary Education. The West End’s most eastern border is only a five minute walk from the University of Toronto, and is the home to many of it’s students. Other Toronto institutions are just short, easy commutes away, with York University, OCAD, Ryerson, Humber, and many others being conveniently located along major transit routes.

The West end is home to one of Toronto’s most impressive parks – High Park, which sits

in the area’s south-west corner, starts at the short of Lake Ontario and pushes an impressive 2 km north to Bloor St. and spans 161 hectares. Built in 1876, High Park is known for it’s beautiful Grenadier Pond, Jamie Bell Adventure Playground and countless curated gardens and arboretums, and is a staple of the Toronto experience, and a popular place to visit from spring to fall. Walk your dog along High Park’s well used off- leash trail, take a bike ride during cherry blossom season, or take the kids to High Park zoo, known for it’s Barbary Sheep, Capybaras, Emus, and Llamas. The park is also home to many sports fields, a pool, tennis courts, and playgrounds. Also noteworthy is “Shakespeare in High Park”, a popular festival running selected Shakespearean plays in the park’s amphitheatre just next to Grenadier Cafe.

But that’s not all, the West End of Toronto is celebrated for it’s many parks and green spaces.
Trillium Park, Dufferin Grove, Budapest Park, and many more are nestled within the city’s famous ravine system, and prove exciting destinations and escapes from the noise of the city.

The west end has seen a drastic change over the past few decades, enjoying the benefits and pitfalls of gentrification. The built-in dynamism of a strong young demographic keeps the area vibrant throughout, and helps strengthen the demand for higher density housing options. As such, condos are constantly breaking ground and rising above the idyllic canopied residential streets. Liberty Village has had an explosive rise from the 2000s into the 2010s, and now we see similar developments rising in other places like the massive new project at the old site of Honest Ed’s and Mirvish Village.

Condo prices in the West End sit healthily in the high $400K range, and continue to grow by about 10% every year. With all the development, culture, and community within the West End, now is the perfect time to look into a home in this iconic Toronto area. 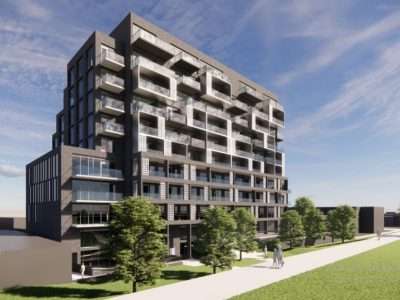 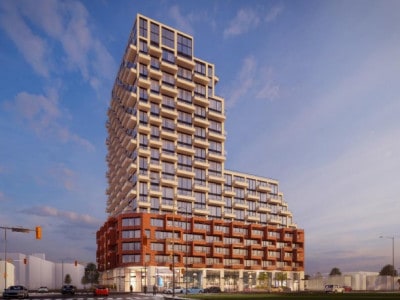 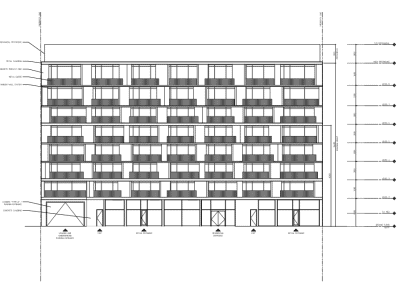 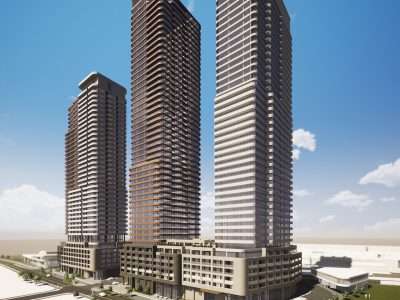 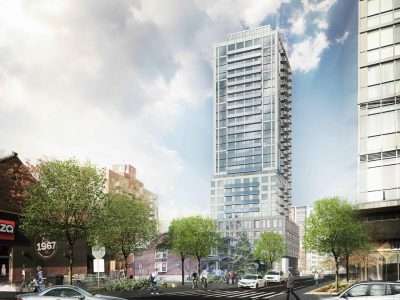 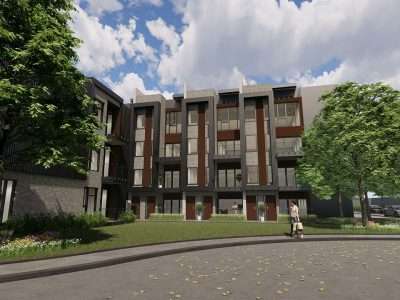