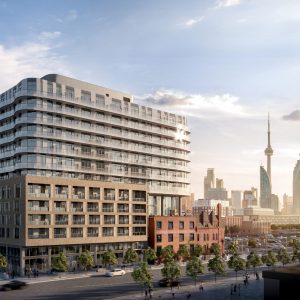 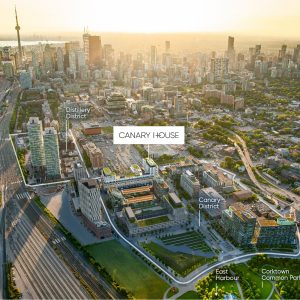 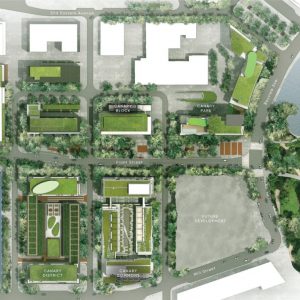 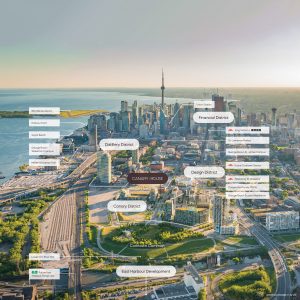 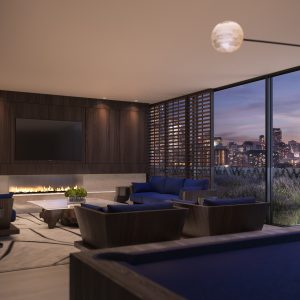 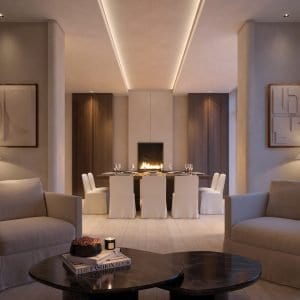 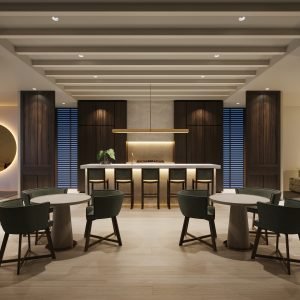 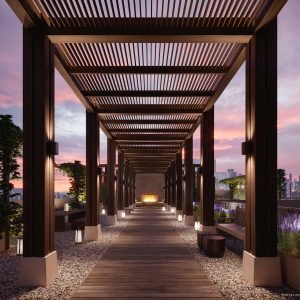 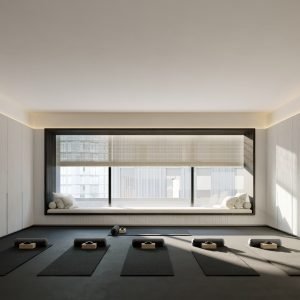 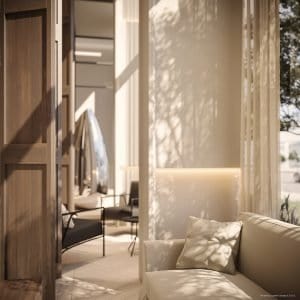 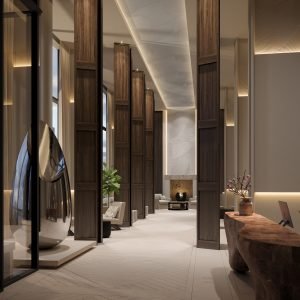 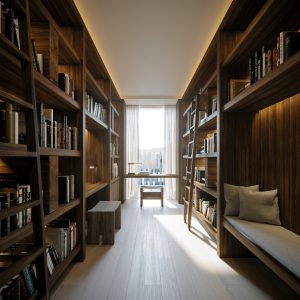 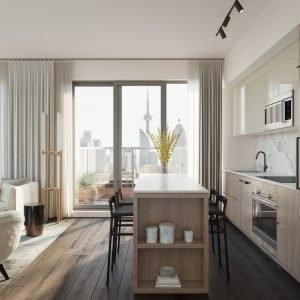 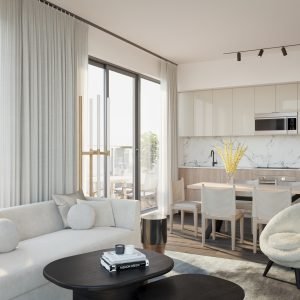 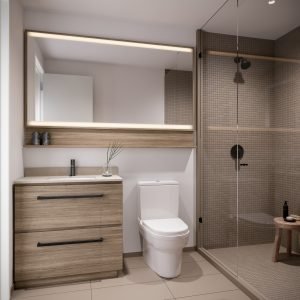 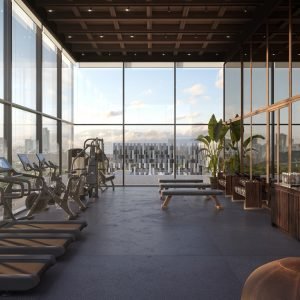 The Canary District has been a hugely successful development for Toronto’s downtown core, and developers are now ready to take it to the next step: Canary House. Canary House is the next phase of the Canary District at Front Street and Cherry Street. Reimagine city living in the heart of the downtown east with this 13-storey residence will hold 206 suites and continue in the revitalization of a key block of the West Don Lands neighbourhood.

A mixed-use, master-planned community, at every step, the developers are working to ensure that Canary District pushes the boundaries on sustainability and walkability. 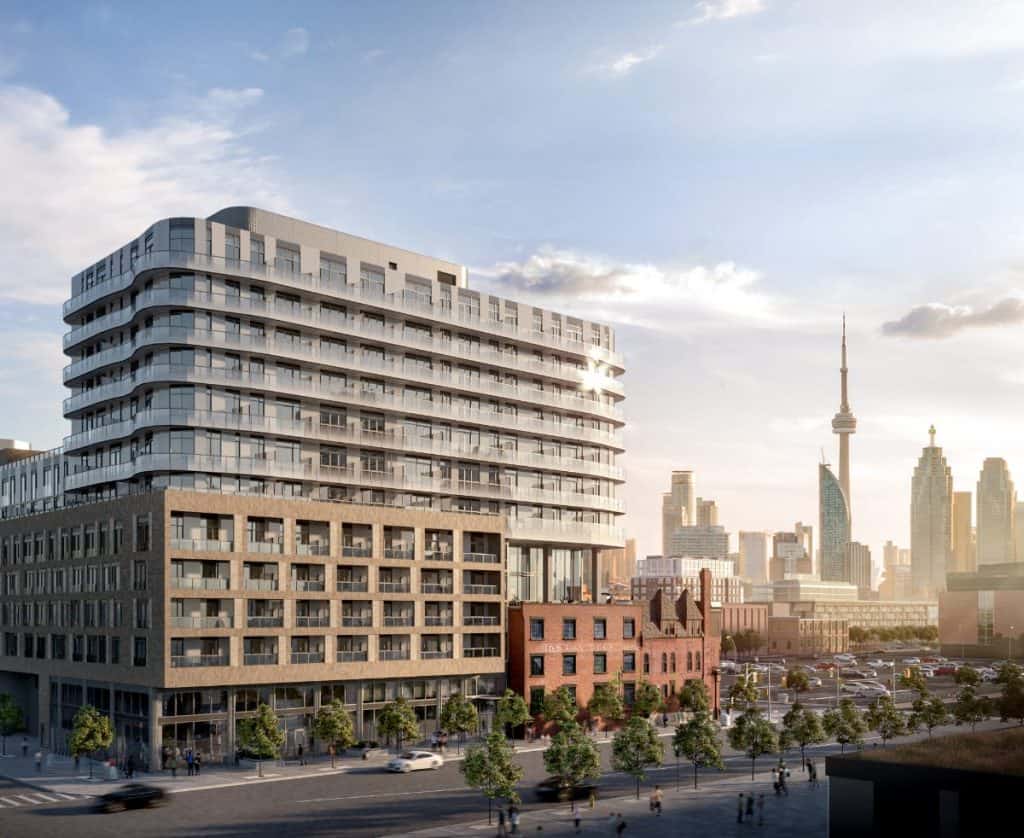 Named after the iconic restaurant that once stood on the land, the Canary District was first established as six buildings made for housing athletes during the 2015 Pan American Games. Those buildings were eventually finished and converted to private residences.

Though a new neighbourhood, this district of the West Don Lands is vivid and energetic. Walking distance to the Distillery District, King Street East, and Leslieville, not to mention Sugar and Cherry Beach. The area has an excellent Walk Score, with many amenities nearby like the St. Lawrence Market, and the Corktown Commons which is an 18-acre park bordering the development. Corktown Common is a dynamic park with a wide range of activities and experienced for the whole family. Some of these amenities and features include picnic tables, acres of lawn and even marshlands to reconnect with nature, plus a playground and splash pad for hot summer days and outdoor fireplaces for meet-ups and hosting events.

In addition to all these great neighbourhood amenities, Canary District is also perfect for Students, due to being located very close to George Brown College’s St. James Campus. And that’s not all, Ryerson University is also very close by, being reachable by transit in under 30 minutes.

Canary House Condos are the height of luxurious amenities. Units range from 400 square foot studios to 1,300 square feet three-bedroom-plus-den units. With modern fixtures, and appliances, functional floorpans and floor-to-ceiling windows, units in Canary House will be the height of convenience and comfort. Many units will have gorgeous views of Lake Ontario, while others will allow residents to take in the breathtaking Toronto skyline, or the lush, beautiful Don Valley.

Designed around sustainability and easy access to nature, Canary House will have plenty of access to fresh air, natural light, gorgeous views, and outdoor amenities. The development has already earned a LEED Gold designation and meets all requirements of Toronto’s Mandatory Green Building standards.

This project will also feature 422 square metres of indoor amenities. In addition, around the ground level of the Canary District will feature 40,000 square-feet of space for retail use, meaning that the entire development will have it’s own shops, amenities, restaurants, and services, increasing it’s self-sustainability.

Canary House is located very close to the Gardiner Expressway, which takes residents straight downtown, and further west. Easily travel through the downtown core to the rest of the “Golden Horseshoe” region of Southern Ontario, through Etobicoke, Oakville and Hamilton, or take the Don Valley Parkway north up through Scarborough and into the norther GTA.

The neighbourhood itself is highly walkable, with a score of 90 out of 100. If you’re looking to connect to the TTC, there are a number of options. A short streetcar ride along either Front or King Street will take you directly into the heart of the city. From there, the entire GTA is at your fingertips! Take the TTC Subway Line 1 or Line 2 to Union Station, or up north, east or west to all the distant corners of the city.

Dream Developments is one of Canada’s leading real estate companies. Their work includes land and housing across the globe, with commercial property and investments in Canadian renewable energy infrastructure. Having grown a fair bit since first opening in 1994, they are a publicly traded company active throughout the country.  Currently, Dream has projects in various stages in Toronto, Regina, Saskatoon, Calgary, Ottawa and more.

So much of the downtown core of Toronto has been redeveloped, The Canary District was one of the last holdouts. Now that it’s being redeveloped in this way, it represents one of the last neighbourhoods within the core to go through such a radical transformation. As such, The Kilmer Group is ensuring that this project is bold, expansive and visionary. They are including rental residences alongside condominiums, as well as creating community centres and meeting places for various groups within the community including the indigenous community.

With that in mind, it’s easy to see why Canary District is turning so many heads. This Canary 5 represents not just another phase in this development, but perhaps a new phase in Toronto condominium living in general. As a result, suites are expected to sell quickly.

* Reduction in price will occur at time of sale.
**On the first Assignment for qualifying Assignee subject to Vendor’s conditions for Assignments being met.
***Available By Request. 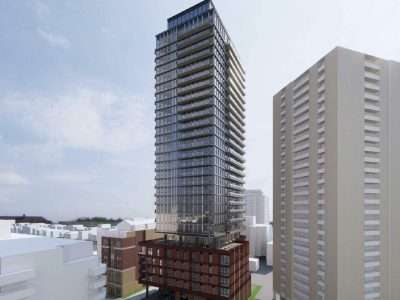 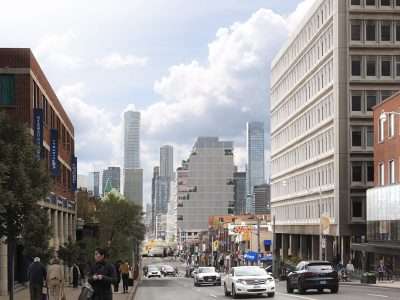 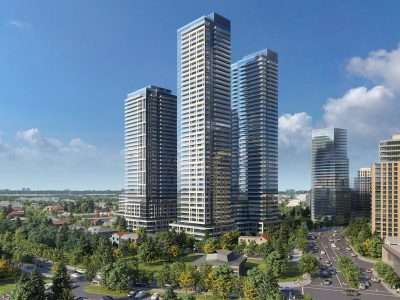 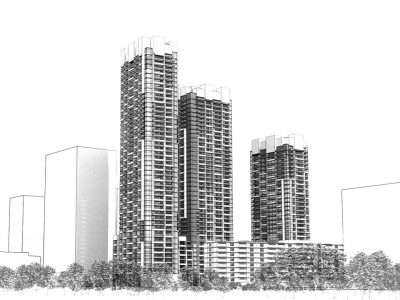 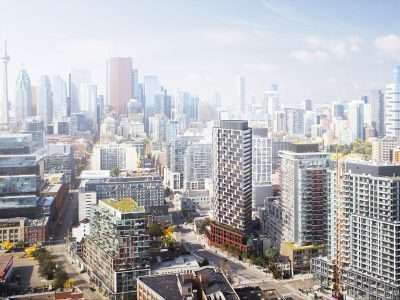 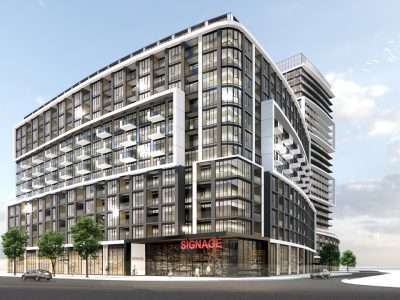 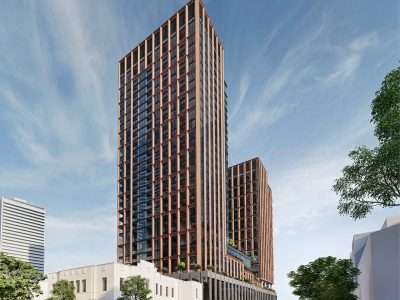 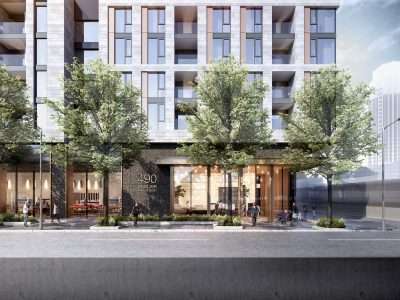 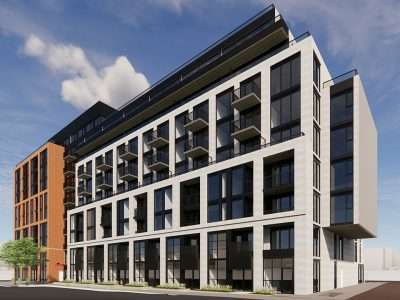